Untamed! The courteous Foreign Secretary’s turned into Brando’s Wild One: HENRY DEEDES wonders if Mr Hunt has bought a pair of leather trousers yet

By Henry Deedes for the Daily Mail

Has anyone else noticed that something very peculiar has happened to Jeremy Hunt in recent days?

The Foreign Secretary has always been regarded as one of the more courteous members of Parliament.

In the Commons, he treats queries from all sides with courtly deference, his voice rarely rising above conversational level. 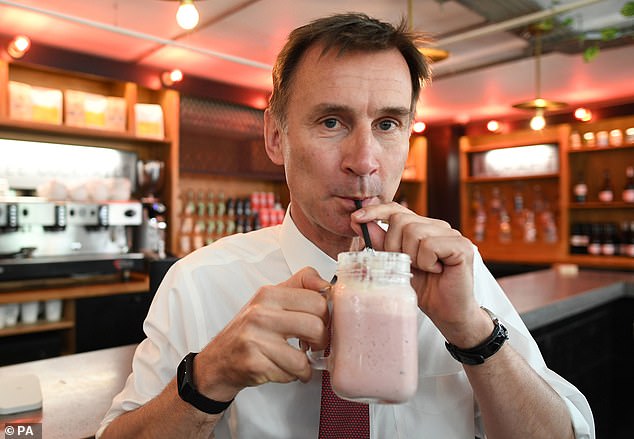 Staff in his office report working for an approachable and understanding boss whose lofty station does not preclude him doing the morning coffee round.

More from Henry Deedes for the Daily Mail...

Perhaps it was his long innings in the Department of Health – six years not out – but he has always given me the impression of a friendly paediatrician who keeps a generous stash of lollipops in his breast pocket for well-behaved patients.

Since making it into the final run-off of the Conservative leadership contest, however, Mr Hunt appears to have undergone a radical transformation.

He has taken to rolling his sleeves up and punching the air with aggressive vigour. His hair, usually combed neatly to one side, has been allowed to run wild. Untamed, you might say.

Meanwhile, his attitude towards Boris Johnson has become uncharacteristically bellicose, goading him at every opportunity.

It is as if he’s been taking inspiration from Marlon Brando’s motorcycle-riding anti-hero Johnny Strabler in the The Wild One.

I don’t know whether Jeremy has yet invested in a pair of leather trousers but such developments should not be discounted before the leadership race is done. 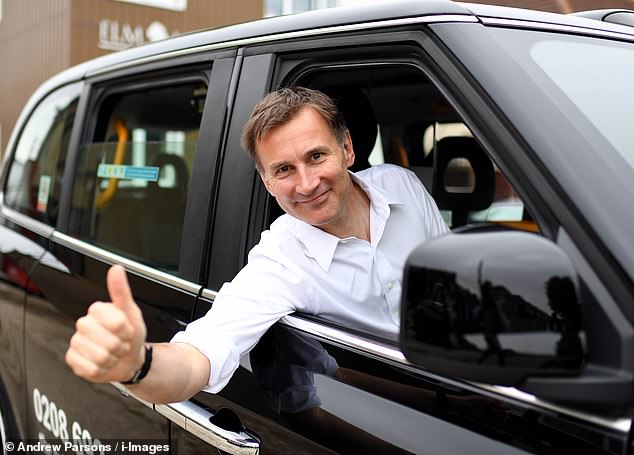 Mr Hunt campaigning in Canvey Island, Essex, after going through a radical transformation

Yesterday, he was a guest on Jeremy Vine’s Radio 2 show. Earlier, he’d been in Essex, chatting to market traders and sampling an artisanal milkshake. ‘This is one mean milkshake,’ he growled, taking a long swig. Heck, he probably could have done with a slug of good ol’ Kentucky bourbon in it.

Over at Radio 2, Vine was kicking off with 80s crooner Huey Lewis’s catchy foot-tapper Power of Love. This being radio, we couldn’t see Hunt’s reaction in the sound-booth but I’m guessing some serious groin-thrusting was going on.

‘Hi, Jeremy, how you doin’?’ Hunt replied, possibly rolling a Swan Vesta between his gums.

We got to hear some of the usual spiel about his business career. He was an entrepreneur. A deal-maker with a businessman background. Translation: Who would you rather have cutting deals with the EU, me or the know-nothing newspaper columnist?

It was all going fine until the BBC’s Jeremy decided to get lippy. ‘I hear you’re the richest man in the Cabinet,’ he remarked. In the old days of vinyl, at this point the record needle would have gone screeching across the gramophone. ‘Vzzzzzzuuupp!’ 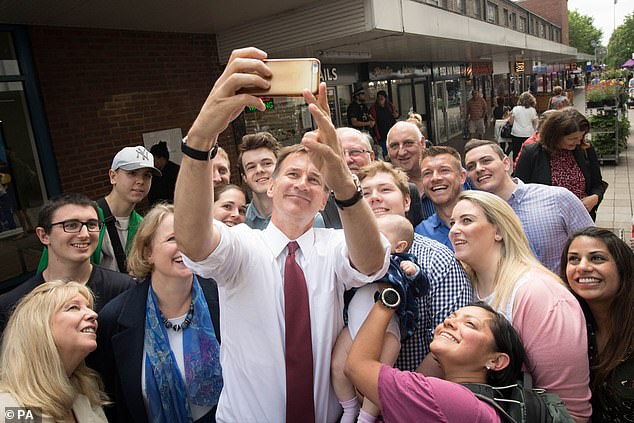 ‘Hang on!’ said Hunt. ‘My salary while I was running my business was a lot lower than your salary now.’ Ooooo, Game on!

‘But I am not in Cabinet,’ replied Vine, standing his ground and aware that his BBC earnings had controversially been revealed last year as between £440,000 and £449,999.

Hunt became riled. I’m not sure I didn’t briefly hear his incisors scrape together. He accused his host of engaging in the politics of envy.

Here, Vine lost his bottle. He simpered on about simply trying to pay his guest a compliment – a blatant untruth, of course – and pleaded for a pax.

Reluctantly, Hunt simmered down. That BBC punk probably wasn’t worth it anyway.

Time for some music to clear the air. Hunt chose a sexy lambada. ‘This is a dance for single people and quite an intimate dance, so perhaps not one for the married listeners,’ he advised wolfishly.

Snake-hipped Hunt is a keen hoofer, even having a specially sprung floor at home. ‘That’s got me in the mood!’ he trilled as the song finished, probably giving a few fist bumps to the crew.

Vine, himself once a Tiggerish contestant on BBC TV’s Strictly Come Dancing, wanted to know what the naughtiest thing his guest had ever done was.

Hunt: ‘I thought this was a family programme, Jeremy.’ Gosh!

After 20 minutes, it was time for the Tory leadership candidate to move on. More cliched photo-calls. More flesh to press.

More importantly, Jeremy Vine’s next guest was ready – to talk about contraceptive ointments. Not a discussion in which any aspiring prime ministers should be involved. 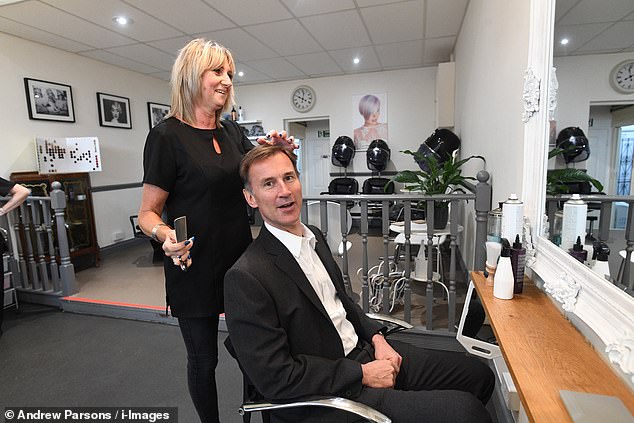 Libya's Haftar loses main base in Tripoli in surprise blow

Duke of Westminster's sister is fined £660 and given six...

Then there were THREE: Javid is OUT of the Tory leadership...