Girl, 13, hospitalised after standing on weever fish at the beach

Girl, 13, was rushed to hospital in agony after she was stung on the foot by 5ft long weever fish while paddling on beachLottie Dawson, 13, stood one something sharp at seaside in Sutton on Sea, Lincs 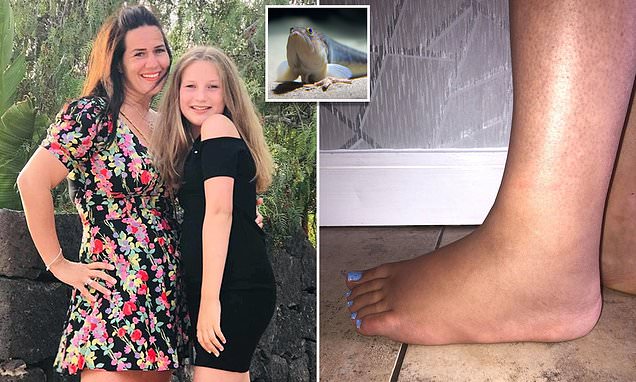 Girl, 13, was rushed to hospital in agony after she was stung on the foot by 5ft long weever fish while paddling on beach

When Lottie Dawson trod on something sharp while paddling at the seaside, nurse mum Nikki assumed a jagged rock was to blame.

It wasn't until her toe turned black and her foot swelled to twice its size that the pair realised something more sinister was lurking in the waters.

On closer inspection, Mrs Dawson saw a spike sticking out of Lottie's toe – belonging, it turned out, to a weever fish. 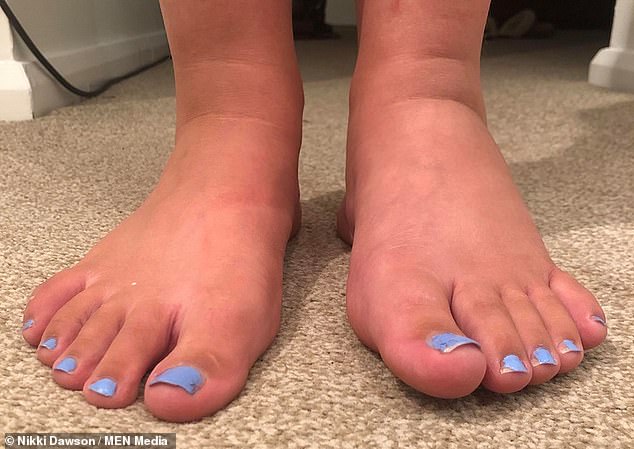 Lottie Dawson, 13, was left in pain after she stood on something sharp while paddling at the seaside in Sutton on Sea, Lincolnshire and her foot began to swell 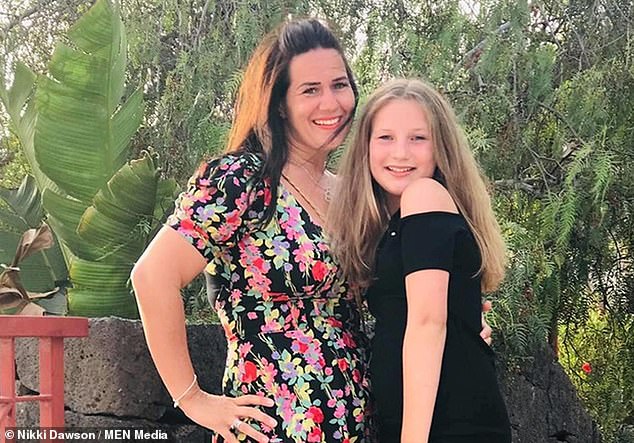 Her mother Nikki, a 37-year-old nurse, assumed her daughter stood on a jagged rock in the water but was shocked to see a spike poking out her foot

The fish, which are about five inches long and bury themselves in sand on the shore, have spines on their backs and gill covers that secrete venom.

Mrs Dawson, 36, was enjoying a trip to Sutton on Sea, Lincolnshire, with 13-year-old Lottie, pictured.

She said: 'Lottie was just paddling, she wasn't far in at all and then she screamed. There was blood dripping from her foot.'

After Mrs Dawson pulled the spike from Lottie's toe, her foot started to swell and they rushed to hospital. Mrs Dawson said: 'I am paediatric nurse so I have worked with lots of little traumas – but I haven't seen anything like this.'

The mum called 999 and was told a warning had been issued about the fish being on Mablethorpe beach in 2018 by the coastguard.

She was told to place the foot in water as hot as her daughter could bear to try and bring the poison out.

The blackness was reducing, but Lottie's foot had now started to balloon in size, so Nikki decided to take her to Boston Pilgrim Hospital.

She said: 'It was on top of her foot so she stood on it underneath. I thought that doesn't look very good. 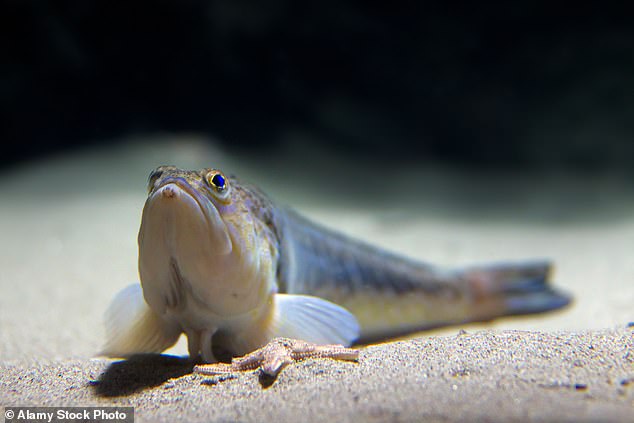 Lottie had the spike of a weever fish in her foot. The five-inch creatures fury themselves in sand on the shore and have spines on their backs and gill covers that secrete venom

'We went to Boston Pilgrim Hospital and they were really worried about it because they this point her foot had tripled in size. There was a lot of fluid there. It was really big and swollen.

'The puncture side had then got an ulcer beneath like a blister.

'She was seen by nurse and doctors, but no seemed to know what was wrong and what they needed to do.'

The medics gave the schoolgirl an anti-tetanus as well as anti-biotics and anti-histamines before allowing her to return home on the instruction that she must return within 24 hours for another check-up.

However, when the family got home, the foot had swollen up even more.

Nikki said: 'We went home, she got in the shower and her foot had literally got even bigger.

'By this time the inflammation and swelling had tracked up her leg so her calf was really big. You couldn't see her ankle.'

The mum called 101, who told her to take her daughter to hospital amid concerns she could develop the potentially fatal deep vein thrombosis.

The girl and her dad went to hospital and again after treatment she was allowed home.

Lottie has since been back to Boston and while the swelling has gone down slightly the family have been told the damage could last for a year. 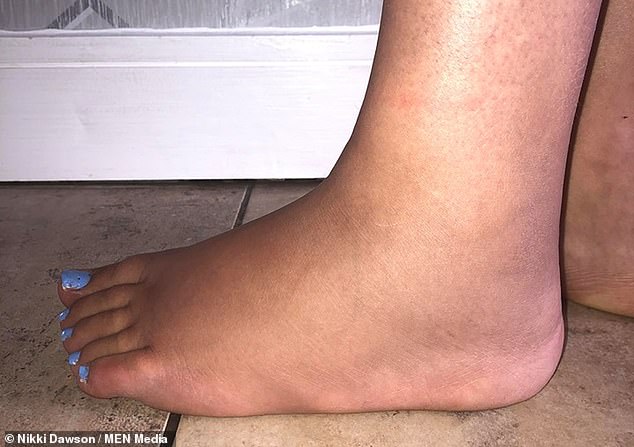 Nikki said: 'We went back to Boston yesterday. He said he was a lot happier with it now the swelling has gone down.

'But he said he had done a lot of research about it and apparently it can last up to a year like this which is obviously is not great.

'It is awful, it is really big and swollen and there is lots of fluid there.

'I thought this cannot happen to anyone else. We are a sensible family, we don't go to the beach loads. It's one those things.

'She did have flip flops on for ages but took them off because the sand had gone really nice and soft.

'She took them off and unfortunately I think it was hidden under the sand and she stood on it.'

The mum now wants to warn other parents so the same thing doesn't happen to them.

She said: 'It was just to make others aware that all from stepping on this horrible fish that is the most poisonous fish in the UK that they need to be aware and wear beach shoes all the time.

'As a nurse in the NHS you do see some really nasty traumas. Nobody I have spoken to has seen this before. I think it is really scary.

'My daughter thinks I am unsympathetic but I think that is the nurse in me as you have to find out what is going on.

'We just have to wait and see, if anything changes we will take her straight back.'

Woman goes to dentist with toothache but it is a flesh-eating...

British justice minister says he will resign from cabinet:...

Woman discovers new species of spider in her backyard

'What is THIS!?' New species of spider that shoots out venom and has eight eyes...

Alyssa Milano shows SHOCKING hair loss as a result of COVID-19 and is considered...

US and Britain say Russia have 'threatened peace in space'

Putin tests anti-satellite weapon in space: US and Britain say Russia have 'threatened...

Helicopter crashes in Kent field - as pilot and three passengers escape WITHOUT...

Moment teenage girl is rescued by firefighters from a BABY...

Mortifying moment a teenage girl has to be freed by firefighters after getting stuck...