Former nurse, 42, who slipped on

A former nurse has been left in a wheelchair needing round-the-clock care after slipping on her bath mat.

Candice Ridley, 42, fell and banged her head as she stepped into her tub at home in Nottingham.

The crash was so loud she thought the wall had cracked - only to find it was her own head.

The former intensive care nurse tried to carry out her own head injury assessment, but soon realised her body was going numb and she was unable to function properly.

After suffering a brain bleed and being diganosed with a functional neurological disorder, she is now confined to a wheelchair, suffers memory loss and feels her independence has been taken from her. 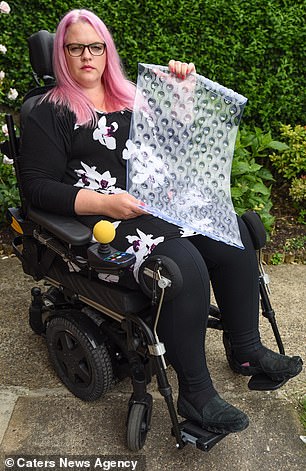 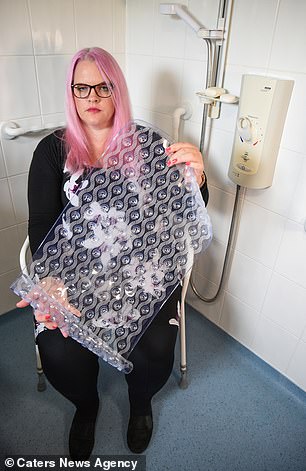 Candice Ridley, 42, fell and banged her head as she stepped into her tub at home in Nottingham

Ms Ridley, who lives alone and is now unable to work, said: 'I remember that I was standing half way into the bath, getting into the shower, and I heard an almighty bang.

'I'd had a long day at work, and I'd cleaned my entire flat - I had work the next day, and was needing to get showered and ready for bed. 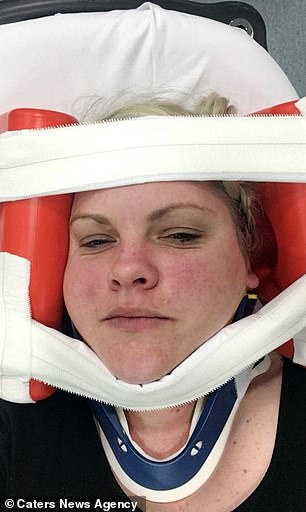 'I looked behind me, fully expecting to see the wall cracked, or the bath completely broken.

'I disconnected myself from it - I couldn't imagine that loud noise had been me falling, much less my head hitting something.

'I lay in the bath, willing myself to move, but everything had fallen hazy, and I felt numb - I was telling myself, I had to stay awake.

'As a nurse, I knew the risks and I remember thinking that I would make things worse if I fell asleep.

'Eventually able to get to my bedroom, I tried to do my usual nursing head injury assessment, like I would with a patient - I told myself I was OK as I was walking and talking.

'But then some fluid starting leaking from my nose and the one side of my face went numb.

'My left leg and arm were not working much and I started acting like I was drunk. I then realised I needed help and I needed it quickly.'

By the time Ms Ridley arrived at Queens Medical Centre in Nottingham, she had begun to lose feeling in her leg and suffered a seizure. 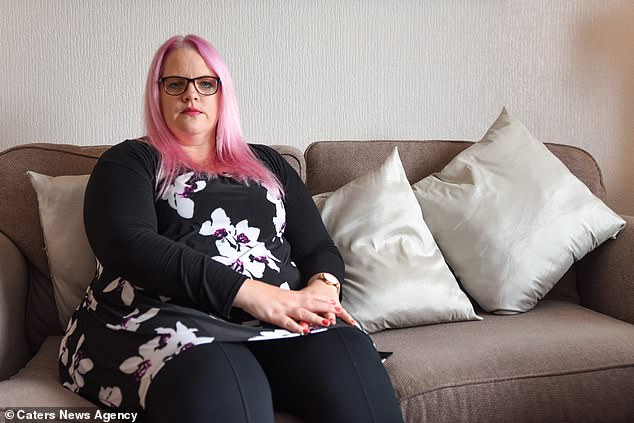 She added: 'The pressure just kept building and building in my head.

'The only way I could describe it was like a football was being pumped up inside my head. Before my brain injury, I was completely self-reliant.' 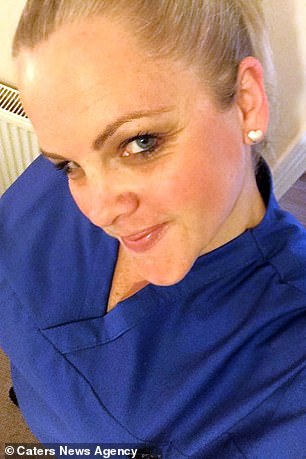 Ms Ridley is pictured before her accident

The 42-year-old says she was 'loving life' before, but now can't do anything without the help of others.

She added: 'I've gone from being a nurse and studying psychology at degree level, to not being able to complete a simple form without help.'

'I can be in the middle of the high street and suddenly I'll have no idea how I got there or where I'm going - it can be something as simple as going to Boots.

'It's mainly short term memory, where I forget what I'm trying to say, or the words just won't come out.

'I'd been new to the area and the only friends I'd had were my work colleagues, but after the accident, with the limiting disabilities, memory loss and struggling to communicate, I became completely isolated.'

Ms Ridley has had the support of a charity called Headway Nottingham. 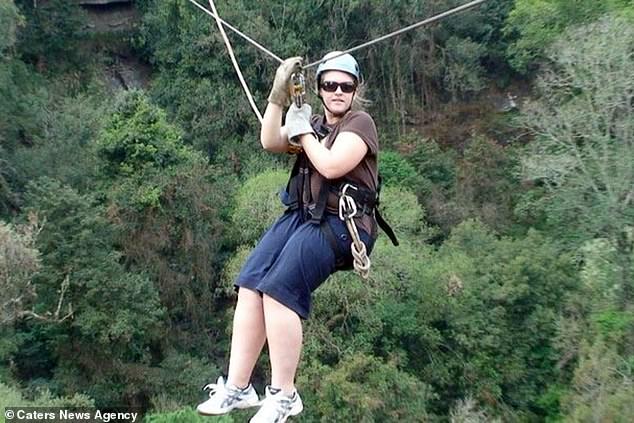 Before: The 42-year-old says she was 'loving life' before, but now can't do anything without the help of others

They specialise in long term health and social rehabilitation, offering guidance to those who have suffered brain injuries like hers.

She said: 'It's so frustrating because I want to be independent again but the fatigue I experience because of the brain injury just acts as a constant barrier.

'I can occasionally stand, for very short periods of time but everything I do requires a massive amount of effort.

'It's like I'm fighting with my own mind at times. My future is now day to day, minute to minute, hour to hour.

'As my condition hasn't improved, I feel like I'm stuck with no way forward - I take everything as it comes, and I'm always determined to do what I can.

Charlotte Leask, Services Manager at Headway said: 'Candice has come such a long way since sustaining her injury.

'When someone has a brain injury without warning, that they could never have seen coming, the process of coming to terms with the long term disabilities they are suddenly facing can take years or even a lifetime.

'Candice has shown that with the right support, people with profound disabilities can achieve and make a positive difference to their lives and others.

'Every 90 seconds someone in the UK is admitted to hospital with an acquired brain injury, and we're so grateful that she's willing to share her story with others.

'People struggling with the effects of brain injury need to know that they are not alone and there is help available.'

HEALTH NOTES: Milk's the cool way to turn off the heat

YouTuber Jake Paul proposes to Tana Mongeau get in Las...

Upsurge in Iranian hacking attempts against US experts...