Foreign Office minister Andrew Murrison has flown to Iran to call for 'urgent de-escalation in the region' after President Trump said America was 'cocked and loaded' retaliate against Iran for downing an American drone.

Trump cancelled the strikes just 10 minutes before they were to be carried out on Thursday after being told 150 people could die.

But he did not rule out future action against Iran, writing on Twitter: 'I am in no hurry, our Military is rebuilt, new, and ready to go, by far the best in the world.' 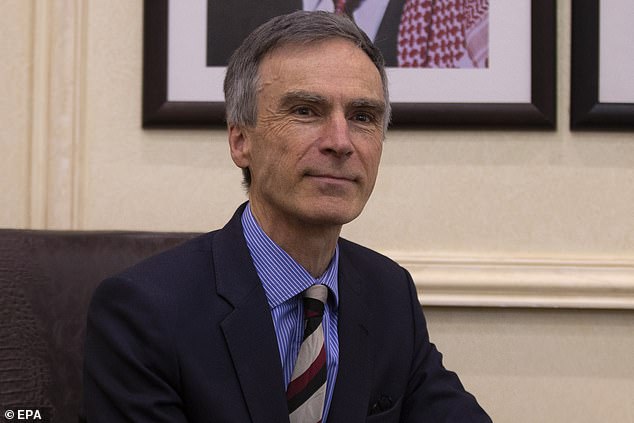 Murrison, who has been a Foreign Office minister for just over a month, will 'raise UK and international concerns about Iran's regional conduct' during talks with the government in Tehran.

The Foreign Office said the short visit on June 23 comes at a time of 'increased regional tensions'.

Last year President Trump pulled out of a long-term deal struck with Iran in 2015 to limit its sensitive nuclear activities and allow in international inspectors in return for the lifting of economic sanctions.

The deal was signed by his predecessor Barack Obama along with the UK, France, China, Russia and Germany, which still support the agreement.

But Mr Trump declared it a 'terrible' deal and imposed more sanctions.

Tensions between the US and Iran have flared up in recent weeks amid claims by Washington that Tehran has been behind attacks on oil tankers the Persian Gulf.

Announcing Dr Murrison's visit, the FCO said: 'The UK has an ongoing diplomatic dialogue with Iran.

'At this time of increased regional tensions and at a crucial period for the future of the nuclear deal, this visit is an opportunity for further open, frank and constructive engagement with the government of Iran. 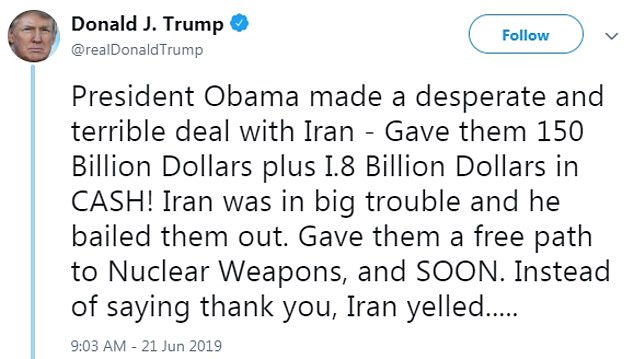 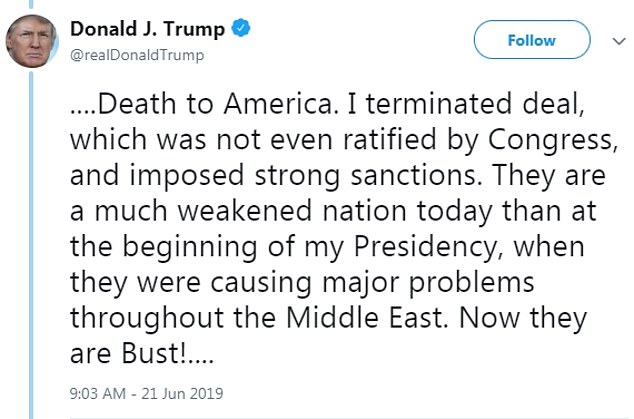 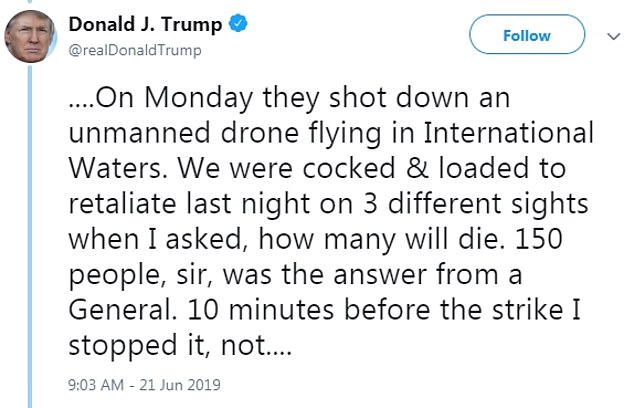 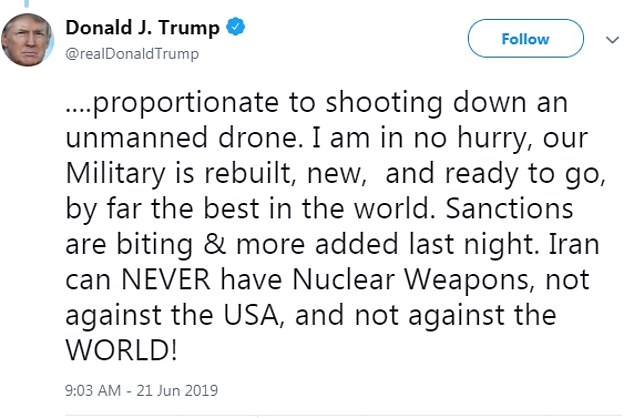 'Dr Murrison will call for urgent de-escalation in the region and raise UK and international concerns about Iran's regional conduct and its threat to cease complying with the nuclear deal to which the UK remains fully committed.'

Dr Murrison, a former naval officer and the MP for South West Wiltshire, was appointed Minister of State for the Middle East in May after Alistair Burt resigned the post in March over Brexit.

The visit comes amid continuing tension between London and Tehran over the treatment of Nazanin Zaghari-Ratcliffe, a British-Iranian dual citizen who has been detained in Iran since April 2016 accused of spreading propaganda against Iran.

Why Iran is launching attacks in the Gulf

Some experts believe it's because they have nothing lose. The economy is expected to shrink by six per cent this year, on top of a 3.9 per cent contraction last year, according to the IMF.

In the pre-Trump sanctions year of 2017 however, the country recorded 3.8 per cent growth. As sanction getting tougher, the likelihood is Iran will become more aggressive and less risk averse.

The other major factor for Iran is oil, and this could be their sign of deterrence against the US ratcheting up pressure on Iranian oil exports.

According to Crisis Group, this method of ransoming the oil market could also benefit the Iranian economy by driving up shipping insurance premiums, helping recoup the cost of US sanctions.

Other strategy experts say that the Iranians are trying to call Trump's bluff by undermining him through small isolated incidents like the tanker.

'It's all about careful calibration and plausible deniability,' Hussein Ibish, of the Arab Gulf States Institute in Washington, told CNBC. 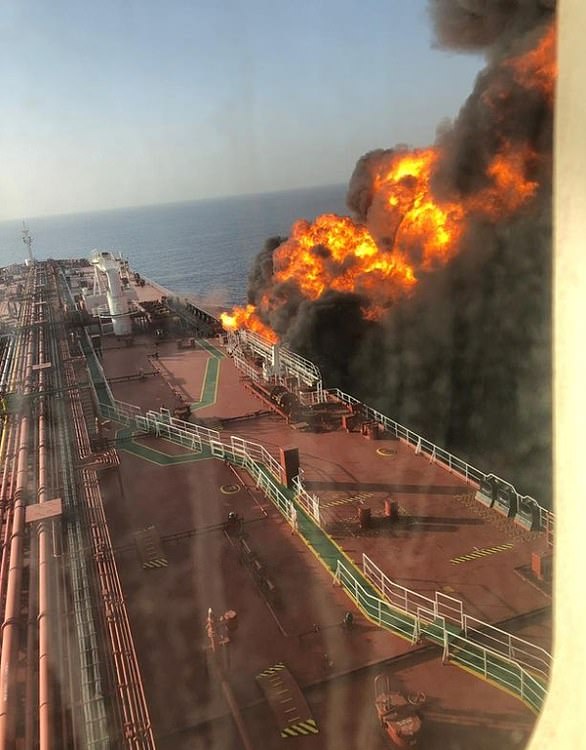 Acts like the explosion have not resulted in civilian casualties, and so could be a way to force Trump to reveal his future strategy. The President recently told Time magazine that the incident would 'not be worth' going to war over.

It could also be taken as a sign that Iran won't play fair if they are disadvantaged on oil exports. The Eurasia Group wrote in a June briefing that the sabotaging of the four tankers is an effort by Iran to demonstrate 'peace and security in the Gulf is contingent on its own economic stability'.

The Strait of Hormuz, the narrow waterway which is bordered by Iran to the north, accounts for 30 per cent of the world's seaborne oil traffic.

But despite the smart game-playing, these attacks on US drones and ship could still blow up in the face of the rogue state. When Iran was caught laying sea mines in the 1980s, one of which hit a US frigate, half of the country's Navy was wiped out. Could it happen again?

'The status quo is not sustainable for Iran,' says Hussein Ibish of the Arab Gulf States Institute. 'So they have the means, the motives and the opportunity… They do not seek a war, exactly, but they are obviously willing to risk one in order to get out of an impossible conundrum.'

Meet the woman who loves to run backwards