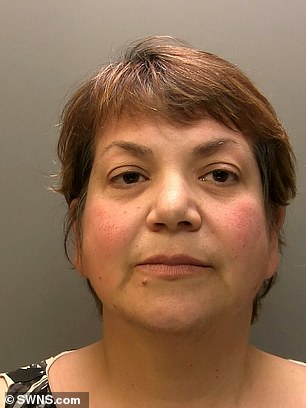 A fake psychiatrist who worked within the NHS for more than 22 years has now been arrested on suspicion of fraud.

Zholia Alemi, 56, had previously claimed to have a degree from the University of Auckland in New Zealand when she came to work in the UK in 1992.

But she had actually dropped out of the five-year medical training course after failing her first year.

Following a failure from the General Medical Council (GMC) to vet her documentation properly, Alemi was free to treat thousands of mental health patients for decades.

Now Cumbria police have revealed that a 56-year-old woman has been arrested on suspicion of various fraud offences.

While the force has not named Alemi, a local newspaper understands she is the suspect and has been quizzed by detectives. 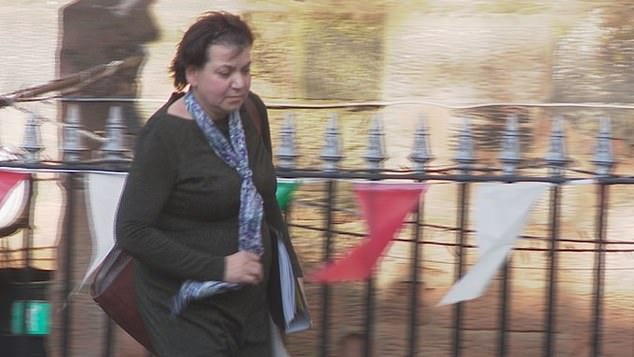 'The woman, who was arrested on suspicion of fraud by false representation, obtaining a pecuniary advantage and possession of criminal property has been questioned by officers and will be subject of further inquiries.

'Officers have also conducted searches of addresses in Burnley, Huddersfield and Omagh in Northern Ireland as part of this investigation.

'The constabulary is continuing to work with a number of agencies, including the NHS Counter Fraud Authority and General Medical Council, as investigative inquiries continue. 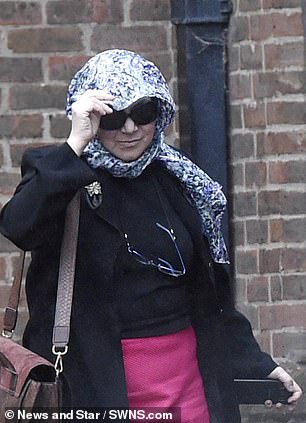 In October 2018, Alemi (pictured above) was jailed for five years after forging the will of an 84-year-old dementia sufferer

'Further updates on this investigation will be issued in due course.'

In October 2018, Alemi was jailed for five years after forging the will of an 84-year-old dementia sufferer in order to inherit her £1.3million estate. The new finding have led to the most recent arrest for fraud.

By May 2016 Mrs Belham's will had been changed, appointing Alemi as the executor and the principal beneficiary of her estate.

The offences came to light after Alemi was suspected of stealing watches from the widow's home in Cockermouth, Cumbria.

When police searched Alemi's house, they found financial documents belonging to Mrs Belham plus several versions of the redrafted will.

The subsequent revelations that Alemi was not properly qualified triggered national checks by health chiefs of more than 3,000 other doctors who came to the UK from Commonweath countries.

Alemi came to the UK under a scheme that had relaxed the checking regime for medics from Commonwealth countries.

Earlier this month, the organisation confirmed no other fake doctors had been found.

A spokeswoman said he GMC, which spent almost £30,000 on those checks, is now considering whether it needs to extend the exercise to doctors from other countries.

Commenting at the time the story was first published, GMC chief executive Charlie Massey said: 'Our processes are far stronger now, with rigorous testing in place to ensure that those joining the [medical] register are fit to work in the UK. It is clear that in this case the steps taken in the early 1990s were inadequte and we apologise for any risk arising to patients as a result.'

Cunard welcomes back one of its oldest living former crew...

The controversial case of Jihadi Jack and his family

Britain at its best: A wander into Hardy's Wessex