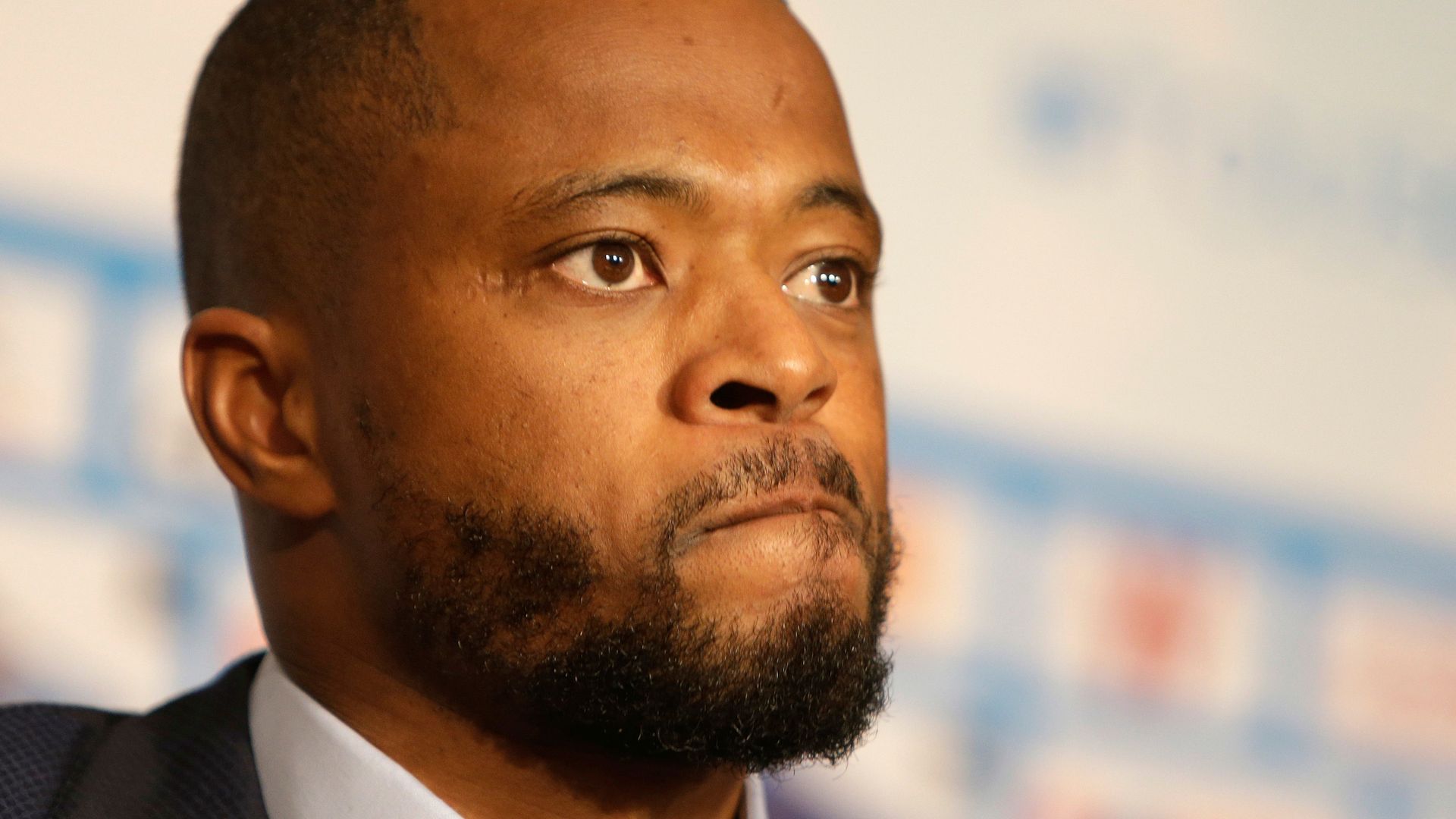 It only took a matter of minutes after England's defeat by Italy in the Euro 2020 final to remind everyone of the ugly side of football.

Many came out to condemn the racist abuse Rashford, Sancho and Saka received after missing penalties but very few have been in their boots.

Former Manchester United and France defender Evra, who enjoyed a successful club and international career, says his toughest competition has been racism in the game he loves.

"Football, you know, is a joy to watch and you bring a lot of emotion. And when people are disappointed, you can feel the hate. The hate comes out really strongly," Evra told Sky News.

"Then people and I don't know why, instead of saying things like, 'Oh, he's such a bad player, he shouldn't miss a penalty', they involve your religion, your colour."

Asked how he felt when he heard about the abuse the England trio had received, Evra added: "I wasn't surprised. I feel it is disgusting. And those people have to be ashamed of themselves because they brought so much shame to the country of England.

"It was painful to watch. Especially because those kids (Rashford, Sancho, Saka) may not be as strong as other people. And it's not fair because we should be proud of it.

"I'm not an English person. But trust me, I was so proud of the way England did this tournament."

'Social media companies must do more'

Evra was also on the receiving end of racism on and off the pitch but believes this kind of discrimination in English football is the worst it has ever been.

"Of course, we can delay the comment. They can block people and everything, but I'm sorry, when it's Covid news, straight away you get the flag in any social media, Twitter," Evra said.

"And when it is about nudity, Instagram, they can ban it straight away. So don't tell me those platforms can do nothing about the racists.

"I feel like those platforms, they allow those people to spread racism. So don't tell me they can't do anything."

Before England even started their Euro 2020 campaign there were divisions among fans over players taking a knee - a stance Evra supports even though he says it is not enough.

"We try some campaign, you know, the blackout, don't post for four days, stuff like that - but it's not enough," Evra said.

"It's not enough, you know, Boris Johnson, fining people or not allowing them to come to watch again, it's not enough.

Evra: Education the key to change

Investment towards educating fans is what Evra thinks will work to minimise racial hate - but even a footballing legend - optimistic and hopeful of change, thinks without it racism will plague this much-loved sport forever.

"It will always be there but let's not stop working," he said. "And let's stop saying just in England, it's everywhere. Every single country.

"If we don't do something racism will always be there because it's been there for so many years. You know we need to change and that's why education is really important.

"I want those clubs to invest in education, to meet the fans, for the players to speak to the fans, maybe a group of fans and tell what they feel when they get abused because of their colour.

"Don't tell me the football clubs can't do that, or FIFA or UEFA, more meetings with the fans so they understand when they make a monkey noise when a black player gets the ball, the way it affects them. That's really important."

If you see a reply to Sky Sports posts and/or content with an expression of hate on the basis of race, sex, colour, gender, nationality, ethnicity, disability, religion, sexuality, age or class, please copy the URL to the hateful post and screengrab it and email us here[1].

Online Reporting Form | Kick It Out[2]

Racism in football: What do fans think now after Euro 2020 final?

Many Clouds aim for Santini