Emotional moment son and cancer-stricken mother have hair shaved off 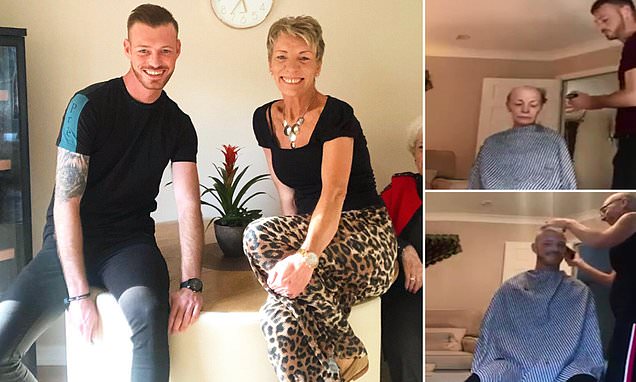 By Sarah Finley For Mailonline

A touching video shows how a son shaves his mothers hair off, after being diagnosed with cancer, then he joins her in solidarity - and has his hair shaved off too.

Sam Latronico, 27, from Dundee, an ethical hacking student and fashion model used the video to make an emotional appeal for cancer awareness.

It features the pair shaving their heads, something they decided to do together after the effects of chemotherapy caused Matilda to start losing her hair.

His mother Matilda is battling ovarian cancer and they both wanted to highlight the reality of the condition, as well as any early warning signs of the disease.

The emotional video shows both Sam and Matilda welling up as they talk about her diagnoses and also when he starts to shave her hair off. 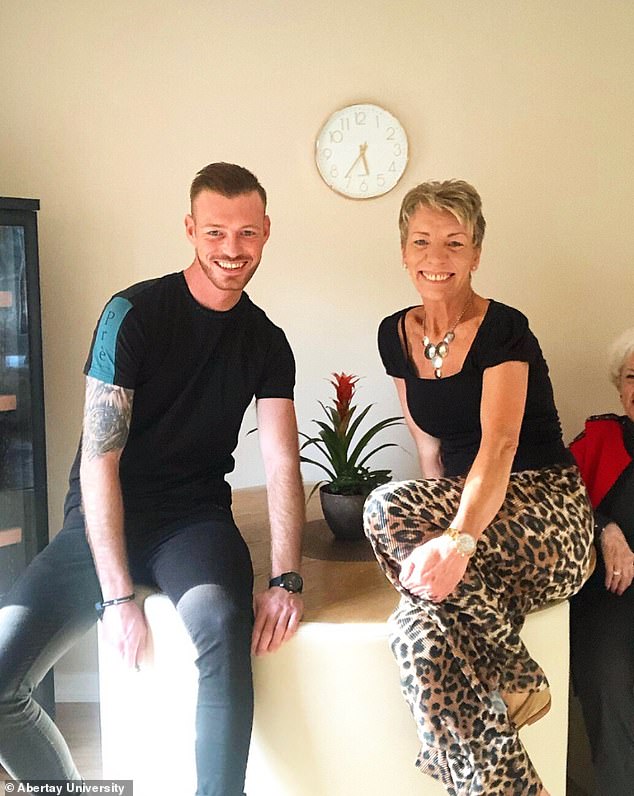 Sam Latronico (left - before he had his head shaved) 27, from Abertay, an ethical hacking student and fashion model used the video to make an emotional appeal for cancer awareness 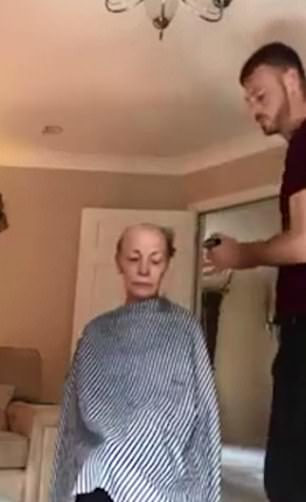 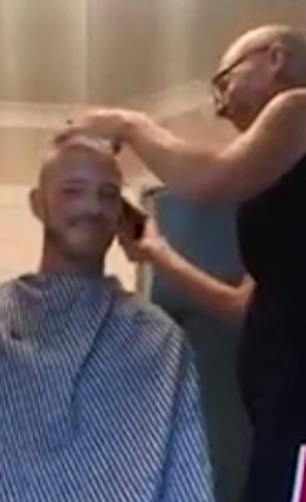 As the video starts Sam, who graduates from Abertay University this week, explains the purpose of the video.

Becoming emotional as he talks about his mother having chemo she touches his hand to comfort him, while he said: 'It comes to this horrible time where we now have to shave the hair off and we thought that doing this video would raise some awareness,

'Everyone should know the signs and this is just the horrible reality'. 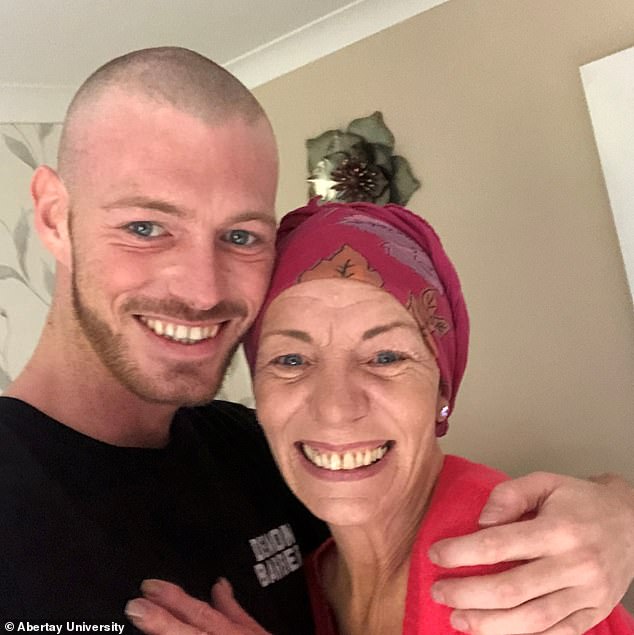 Straight after the student sits in the chair for his turn, while his mother, who is a former hairdresser, starts to shave off his hair too.

After the video Sam said:  'My mum is a hairdresser by trade, and has done well for herself in that industry. I knew the prospect of losing her hair would be difficult for her.

'I decided I would shave my head in solidarity with her, so she wouldn't go through that process alone.

'We decided to film it to try and raise awareness, so we could turn a very negative situation into a positive, or as much of a positive as it can be.' 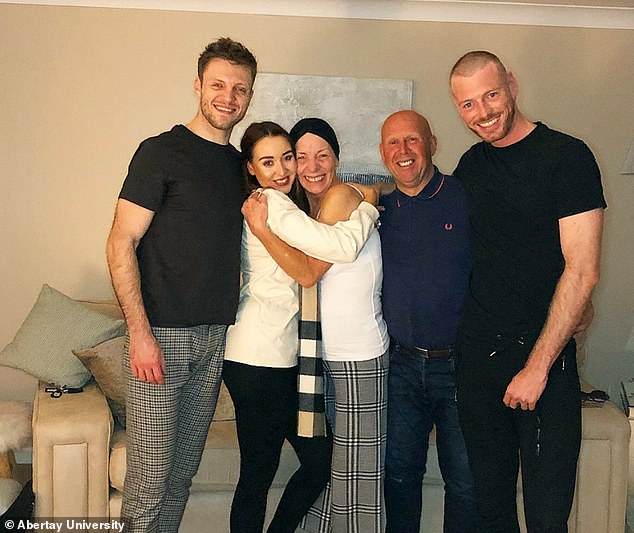 Sam (far right) is now hoping his mother Matilda (middle) will be able to make it to Thursday's Graduation Ceremony. Pictured with the rest of their family 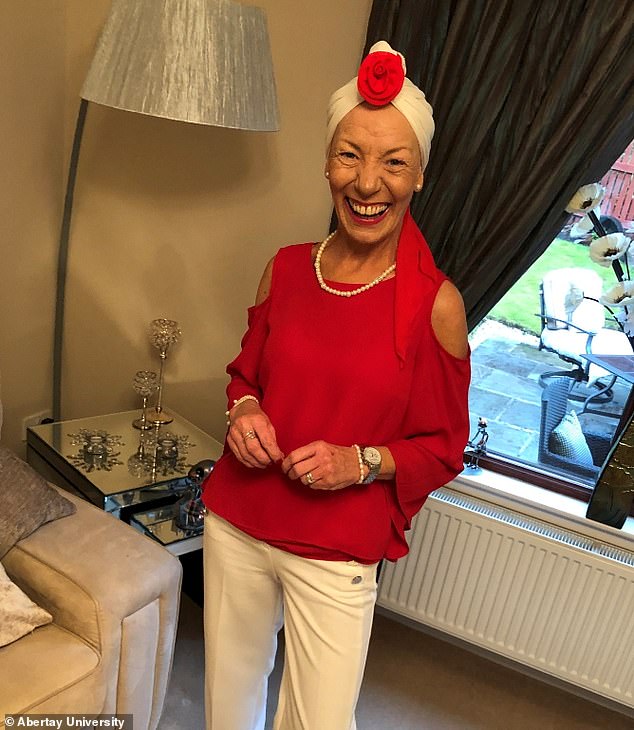 Matilda (pictured) is battling ovarian cancer and they both wanted to highlight the reality of the condition, as well as any early warning signs of the disease

Matilda was diagnosed with cancer at the start of this year, after months of health issues relating to an ovarian cyst.

She decided to go to the doctor after suddenly being physically sick following a takeaway.

Sam said they knew something was wrong, but they were not prepared for just how serious the situation was, with Matilda told she would have to undergo gruelling rounds of chemotherapy.

He's now hoping she will be able to make it to Thursday's Graduation Ceremony at the Caird Hall in Dundee. 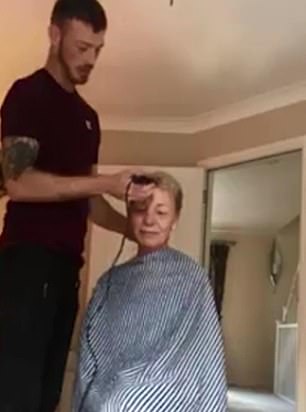 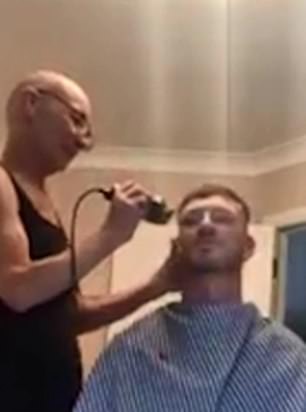 As Sam starts to shave his mothers hair off she looks thoughtful and then starts to get emotional, she then shaves his hair off

'When we were travelling to that first chemotherapy session she was scared - I remember holding her hand and saying that it would be fine,' Sam said.

'We've had to remain light-hearted to get through this, and after leaving that first session she looked at me and told me it wasn't so bad and that chemotherapy would be plain sailing if it was going to be like this, and that her cancer didn't know what had hit it.

'We've had so much support on the back of the video. My mum has had old school friends who she hadn't heard from in years reach out to her, we've even had strangers get in touch. 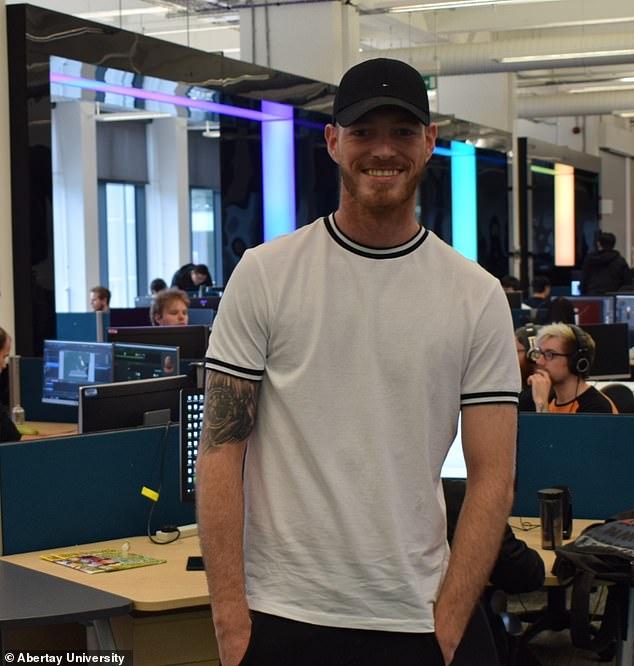 Sam Latronico, 27, from Abertay, a Ethical Hacking student and fashion model used the video to make an emotional appeal for cancer awareness

'It's made her want to fight more. It's made her not want to wear wigs, and to wear headscarves and she looks absolutely amazing.'

Matilda wants to use her situation to raise awareness, and to encourage people to be aware of the signs of ovarian cancer. Symptoms can include a bloated feeling, a swollen stomach and a loss of appetite.

She said: 'It's been important to both Sam and I to turn this situation into as much of a positive as we can. If something doesn't feel right, don't be afraid to go to the doctor.'

'Sam has been taking care of me as I go through chemotherapy, yet he's still managed to achieve his degree. I'm so proud of him. He's such an inspiration to me.

'I can't wait until graduation day, it'll be so emotional to see him take to the stage. He's worked so hard and it won't be a day I'll ever forget.'