A group British soldiers have been arrested in Lithuania over an alleged drunken brawl in a seaside resort.

Local media reported that eight soldiers had been detained after a 'massive fight' broke out in the early hours of Sunday in the town of Palanga on the country's Baltic coast.

According to local news site 15min, some of the soldiers, all aged in their 20s, were arrested for being 'intoxicated' while others were detained for 'violation of public order'. 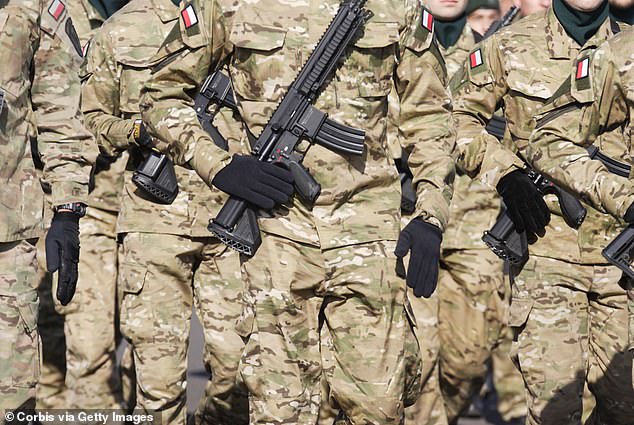 Police in Lithuania are currently investigating the incident.

The MoD told MailOnline on Monday they were aware of the arrests and were also investigating.

It is not known at the moment which regiment the soldiers are from, but infantry battalion 3RIFLES have been posted in Lithuania since the beginning of June.

They are currently on exercise with NATO troops from Germany, Lithuania and Poland in operations intended to act as a deterrent to Russian forces in the region.

An MOD spokesperson said: 'We are aware of the arrest and release of a small group of soldiers in Palanga, Lithuania on Sunday morning.

'Their behaviour fell below the high standards of the UK Armed Forces.

'A formal investigation is underway and it would therefore be inappropriate to comment further.'