Last Updated: 16/11/20 4:24pm Novak Djokovic matched Rafael Nadal by making a convincing start to his campaign at the Nitto ATP Finals in London with a 6-3 6-2 victory over Diego Schwartzman. Nadal sw 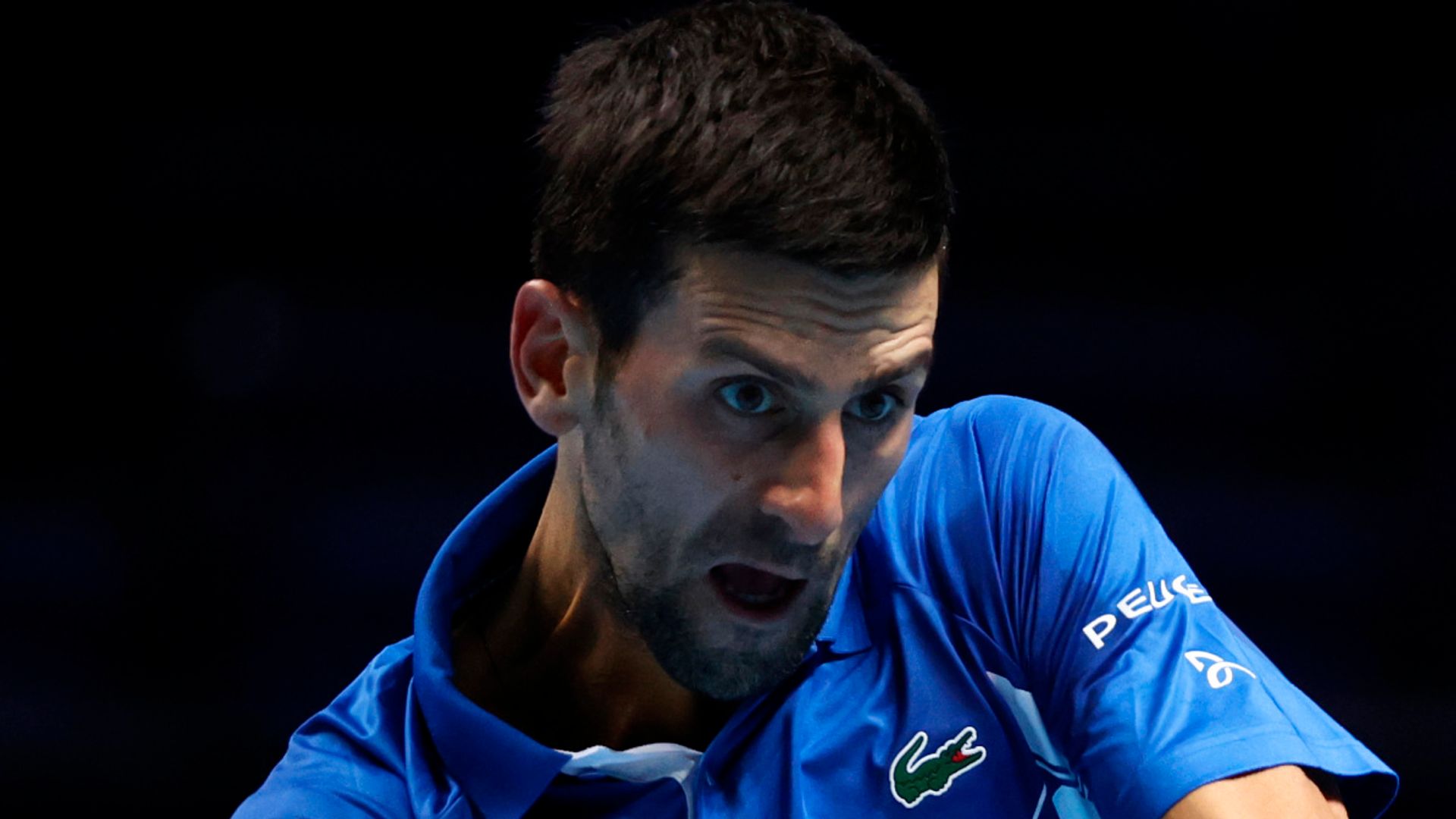 The world No 1 secured his 12th straight victory in opening matches at the season-ending competition, he spent just 78 minutes on court and is going in search of a record-equalling sixth title in London

Novak Djokovic matched Rafael Nadal by making a convincing start to his campaign at the Nitto ATP Finals in London with a 6-3 6-2 victory over Diego Schwartzman.

Nadal swept past Andrey Rublev on Sunday evening[1] and Djokovic made it a similarly uncomfortable experience for the other debutant in the competition on Monday afternoon.

Schwartzman, who is still without a win over Djokovic, walked gingerly off court after the 78-minute defeat and must re-find his confidence quickly with further matches to come in Group Tokyo 1970.

For Djokovic, the result takes his record to 12-1 in opening matches at the ATP Finals, his only loss was against David Ferrer during his competition debut back in 2007.

The other two players Group Tokyo 1970 - Daniil Medvedev and Alexander Zverev - will face-off in the second singles match inside the O2 Arena at 8pm.

This year marks the 12th and final time that the season-ending competition will take place in London and Djokovic is bidding to leave England's capital with a record-equalling sixth title.

With five previous tournament victories behind him, and having lost just three matches all season, he comes into the competition as a strong favourite.

Despite such a billing, Djokovic looked a little nervous to start with and a poor service game allowed Schwartzman to strike first and lead 2-1. However, the world No 1 hit straight back and began to pull away as he relaxed into the match.

Another break for 5-3 all but wrapped up the set, and he stamped his authority on the second set with an immediate break.

Schwartzman, who at 5ft 7in he's the smallest man to qualify for the year-end tournament for 40 years, had not beaten Djokovic in five previous meetings and there were no signs that was about to change.

The Argentine's serve was taking a pounding and a ruthless Djokovic accelerated home to stay as fresh as possible for his next round-robin match on Wednesday.

After admitting that the first set "wasn't great" for him, the world No 1 shared that he was content with the rest of the match during his post-match interview.

"In the second set I started swinging through the ball a bit more, with a little less hesitation from both corners," he said on court.

"I was very pleased with the way that I played in the second set, especially.

"It's tough for Diego; he's on debut and it's his first match in the arena. He probably wasn't playing his best in the closing moments of the first set, he gave me some unforced errors which allowed me to open up a lead.

"It was a good opening match and I'm looking forward to the next challenge."

Due to the global pandemic, the O2 Arena is closed to fans. Since the season-ending event has been held in London, the competition has been revered for its exceptional atmosphere. This time around, the eerily quiet context given to matches on court has not been lost on the players.

"I've been playing the ATP Finals in this arena for many years and I've been blessed to experience some incredible matches and atmospheres," Djokovic noted.

"I must say, it feels very strange to play in front of empty stands. For everyone, for all of the tennis fans out there, we love you guys and we miss you guys."

Kalashnikov back over timber

Min on course for Durkan hat-trick