By Gerard Couzens for MailOnline

Diego Maradona has angrily denied reports he has Alzheimer's disease.

The retired footballer posted a video on his Instagram page insisting he was 'not dying' from the irreversible brain disorder and branding the people behind the rumours: 'Sons of they know who.'

The 58-year-old spoke out after Argentinian newspaper Cronica published a report pointing to the former Barcelona and Naples star suffering 'neurological problems' and the 'start of Alzheimer's'.

He raged: 'They're lying, they're lying. They speak of Alzheimer's and they don't know what it means. 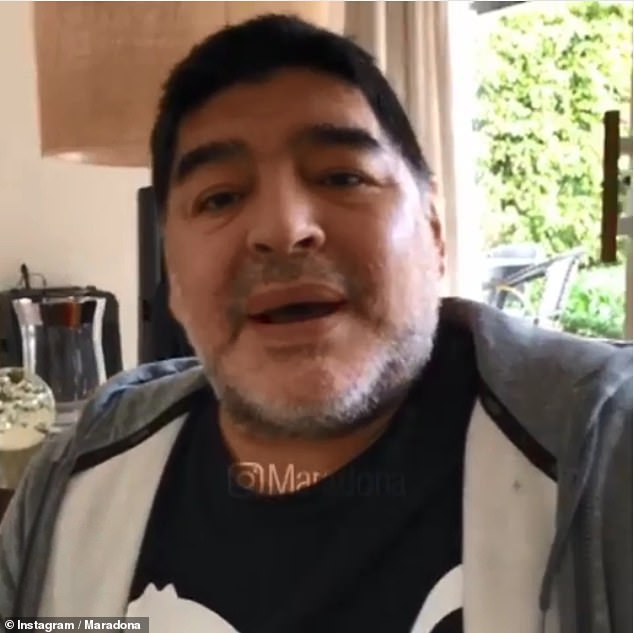 Diego Maradona has angrily denied reports in Argentina that he is suffering from Alzheimer's, saying the people behind the story are lying and branding them 'sons of they know who' 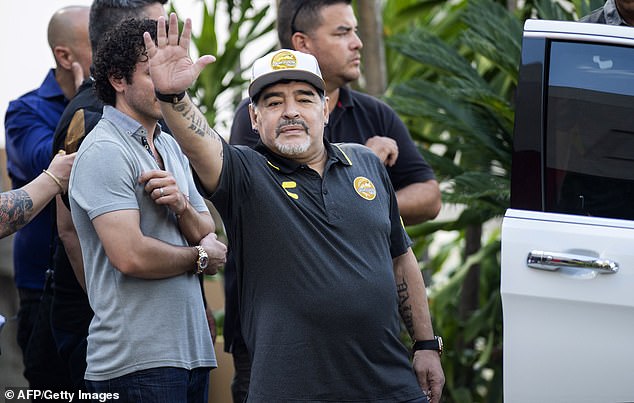 Lawyers for the football legend admitted that he stepped away from his coaching job in Mexico for health reasons (pictured last year when the role was announced), but said it was only so he could undergo knee and shoulder surgery

'The word Alzheimer's is an awful word. People with Alzheimer's die. I'm not dying. These sons of they know what throw it out there to create confusion. I don't do confusion.'

Maradona did step down as manager of Mexican side Dorados last week to focus on his health, but only so he can undergo shoulder and knee surgery.

Lawyer Matias  Morla added: 'In the light of reports Diego Maradona is suffering from the onset of Alzheimer's I wish to state that none of the medical tests he has undergone show anything of the sort.

'In Mexico, where Maradona was managing a football team and technical staff, the club carried out different health check-ups, some with psychologists and psychiatrists, and they all produced satisfactory results with no medical information supporting what has been reported.'

Blaming the Alzheimer's claims on a 'malicious source who only sought to generate conflict,' he added: 'Today Diego is focusing on his health and he's going to have an operation on his shoulder and knee so he can return to work as quickly as possible.'

The retired footballer's daughter Dalma, responding to reports one of Maradona's sisters had said she wanted him admitted to hospital, said she had called him after reading the claims and confirmed he was on 'top form.'

Cronica set alarm bells ringing about Diego's health with a front-page report which read: 'There's concern in his family circle because of a deterioration in his state of health.

'There's talk of neurological problems and the onset of Alzheimer's.

'One of his sisters wants him to be admitted to hospital as soon as possible. There's total secrecy in his innermost circle.' 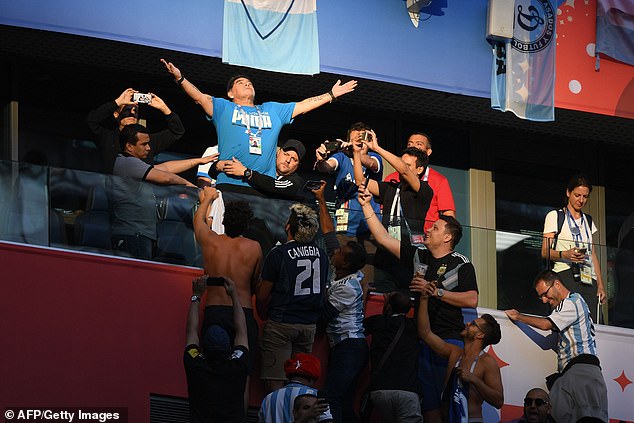 Fears for Maradona's health were sparked last year when he had to be helped away from the VIP box following Argentina's narrow victory over Nigeria, with reports initially suggesting he suffered a heart attack. He later joked that he had overdone it on white wine 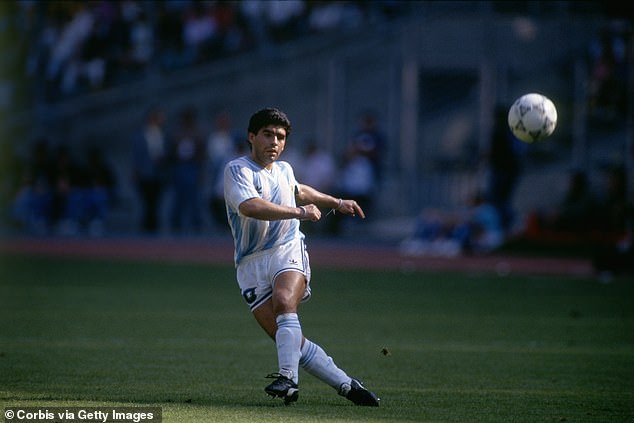 Maradona's battle against drink and drugs is well-documented. He moved to Cuba in 2000 for four years to recover from his addictions and fathered a string of children his lawyer said earlier this year he would recognise as his.

He was operated on in January for a small stomach bleed.

Last October, after Maradona was pictured struggling to walk across a training pitch in Mexico, his surgeon German Ochoa confirmed the football legend has severe arthritis in both knees.

He said knee replacement surgery was the only long-term option if he was to carry on walking.

Maradona sparked fears for his well-being last year after having to be helped away from his VIP box and assisted by medical staff when Argentina narrowly avoided an early World Cup exit in Russia with a dramatic late goal against Nigeria.

Two Spanish-language recordings which went viral - recorded by the same man and released shortly after the match - claimed he had suffered a fatal heart attack.

One said an adrenaline injection to his heart had failed to save him and the Argentinian squad were yet to be told he had passed away in hospital.

A second 42-second recording, a WhatsApp message sent to a mystery man called Mati by someone passing himself off as an Argentinian sports journalist based in Russia, added: 'They are only going to be announcing the news tomorrow. It's a family decision.'

Maradona reacted by offering a four-figure reward to identify the person who tried to fool the world into believing he was dead.

He promised more than £8,000 through his lawyer to anyone who could help him unmask the man responsible for killing him off and forcing him to put out a statement confirming he was alive but had overdone it on the white wine.

IAN ROSS turned a rundown villa into his dream holiday...

Rishi Sunak will deliver his Autumn Budget and Spending Review to MPs in the Commons...