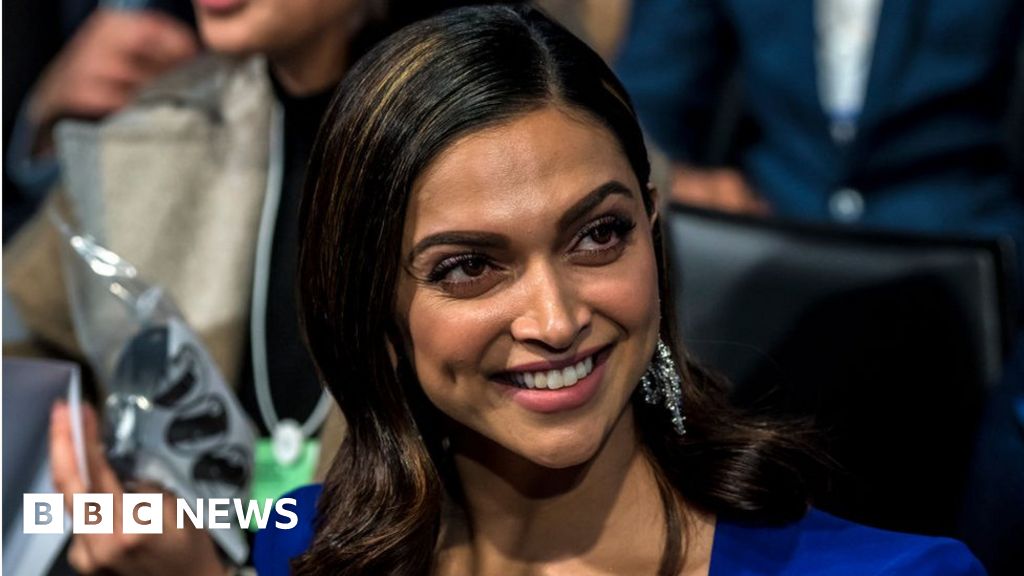 Bollywood star Deepika Padukone has been questioned by India's narcotics board in an investigation linked to the death of actor Sushant Singh Rajput.

Padukone was among six people - including two other actresses - to be summoned for questioning over the case.

Rajput's girlfriend, Rhea Chakraborty, was arrested earlier this month for allegedly buying drugs for him - claims she has denied.

The case has fuelled months of media coverage and speculation in India.

The Narcotics Control Bureau (NCB) widened its investigation of the case on Saturday, questioning Padukone for six hours in Mumbai.

Meanwhile, actresses Sara Ali Khan and Shraddha Kapoor were questioned separately at another of NCB's offices. Another actress, Rakul Preet Singh, was questioned on Friday.

None have been accused by the authorities of any wrongdoing.

Rajput, 34, was found dead in his flat in Mumbai on 14 June. Police at the time said he had killed himself.

But his family later registered a police complaint against Chakraborty, accusing her of abetment to suicide and other crimes, all of which she has denied.

The case is now being investigated by three federal agencies.

With investigators drip-feeding nuggets of information to the media, rumours and conjecture over what happened and who is responsible have been rife.

What is the case about?

The Narcotics Control Bureau (NCB) seems to be pursuing two investigations - the first into Rhea Chakraborty, her brother and Rajput's former house manager.

All three were arrested for allegedly organising and financing the actor's alleged consumption of cannabis. They have denied any wrongdoing.

The second investigation, which followed on from the first, is into claims of widespread drug use in Bollywood, according to local media.

Officials have released few details of the investigation, which has only added to media speculation.

Within days of Rajput's death, attention switched to Chakraborty, who found herself at the centre of a storm of allegations and conspiracy theories.

As part of their investigation, NCB officials said they were looking into WhatsApp chat messages in which Chakraborty allegedly discussed narcotics.

While marijuana is illegal in India, a derivative of it - called bhang - is legal and commonly used.

What does Deepika Padukone have to do with it?

It's not really clear yet.

Narcotics officials say their questioning is based on WhatsApp chats involving Padukone and her managers, according to local media reports. But it is still unclear what these messages contain.

Some say she is being targeted because in January she visited a university where a group of students had been allegedly attacked by a mob of rival students linked to Prime Minister Narendra Modi's Bharatiya Janata Party (BJP). BJP supporters had accused the actress of trying to attract publicity for her new film and called for people to boycott it.

According to the Times of India, officials claim that some drug dealers they questioned have named a few other actresses.

Social media users have also been asking why only actresses - and not actors - have been called in for questioning.

But a case that began with an investigation into an actor's death has spiralled into something else altogether in the weeks since.

With a string of Bollywood insiders now in focus, the media circus around the case has only grown.

What has the reaction been?

The aggressive approach of television channels has led many to criticise their coverage.

Over months, the media have spared none of the people around Rajput - his therapist, friends, family, colleagues and even his former cook have all been sought out for interviews and exclusives.

And with a lack of official information, news channels have spent hours dissecting what little detail has been leaked.

In an attempt to show that Chakraborty was supposedly involved in Rajput's finances, one television channel tried to interpret alleged messages from her phone.

The anchor pointed to one such message, which said "Imma bounce", and concluded that this meant a bounced cheque - much to the amusement of social media users, who quickly pointed out that this was millennial slang for "I'm going to leave".

While the unyielding media focus has prompted laughs and memes online, it has also spurred plenty of criticism.

Many have questioned whether all the hours spent on this have distracted people from other pressing issues India is battling at the moment - a Covid-19 caseload that is the second-highest in the world, an economy that has sharply contracted and rapidly deteriorating relations with China.