Last Updated: 25/11/21 12:17pm Debutant Shreyas Iyer, Shubman Gill and Ravindra Jadeja struck half-centuries to hand India the edge over New Zealand on day one of the first Test, in Kanpur. Iyer (75no 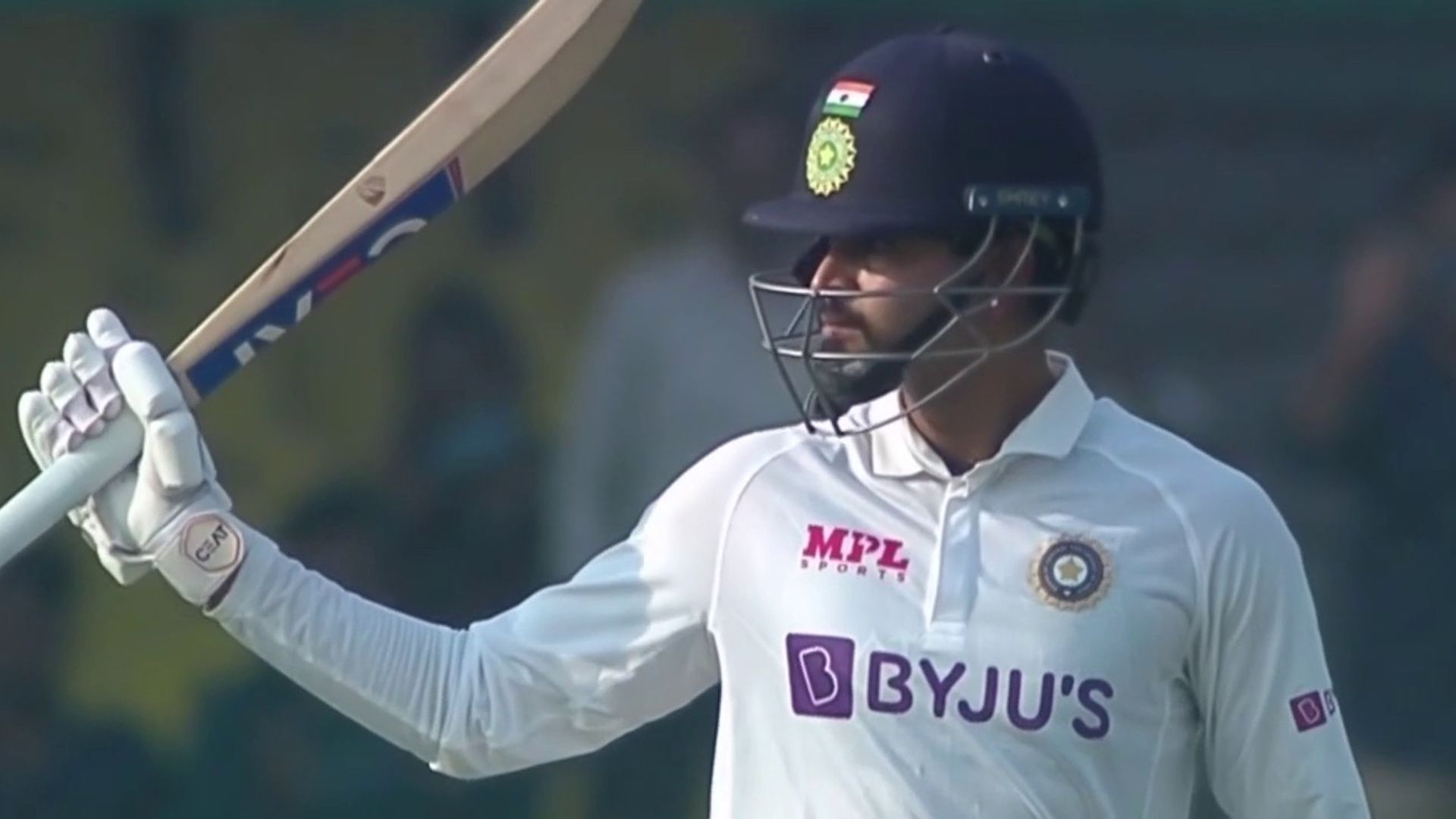 Newcomer puts on unbroken stand of 113 for the fifth wicket with Jadeja, who posts the third half-century of India's innings; opener Shubman Gill resisted strong start from New Zealand, led by Kyle Jamieson, by posting a fifty of his own; India close on 258-4 after being reduced to 145-4

Debutant Shreyas Iyer, Shubman Gill and Ravindra Jadeja struck half-centuries to hand India the edge over New Zealand on day one of the first Test, in Kanpur.

Iyer (75no) and Jadeja (50no) shared an unbroken stand of 113 for the fifth wicket to boost the hosts from 145-4 to 258-4 after a terrific spell of seam bowling from Kyle Jamieson (3-47) had handed the Black Caps the initiative.

With several frontline players, including regular captain Virat Kohli, either rested or recuperating, India fielded a new opening pair after opting to bat on a hazy morning in the north Indian city.

The 22-year-old was wrongly adjudged lbw before he could even open his account, a decision that had to be overturned after replays confirmed an inside edge before the ball hit pad. Gill, then on six, was also lucky when Ajaz Patel's half-hearted lbw appeal against him was turned down.

New Zealand were left to rue not reviewing that decision as subsequent replays confirmed the ball would have gone on to hit the middle stump.

Gill hit Patel for a six en route to his fifty and his second-wicket stand with Cheteshwar Pujara, who made 26, was worth 61 when Jamieson struck.

The seamer dismissed Gill in the first over after lunch when the opener dragged a good-length ball from outside the off-stump onto his stumps. India's stand-in skipper Ajinkya Rahane fell to Jamieson in similar manner after a fluent 35.

Iyer nearly holed out in the deep trying to score his first test runs but soon figured out a safer way to do so. He hit two sixes and seven boundaries and remained on course for a century in his first Test innings after bringing up his fifty of 94 balls.

Watch day two of the first Test between India and New Zealand live on Sky Sports Cricket from 3.50am on Friday.