Northern Ireland captain Steven Davis has left the squad for personal reasons and will miss Wednesday's Nations League game with Romania. Ian Baraclough's side are on the brink of relegation to League 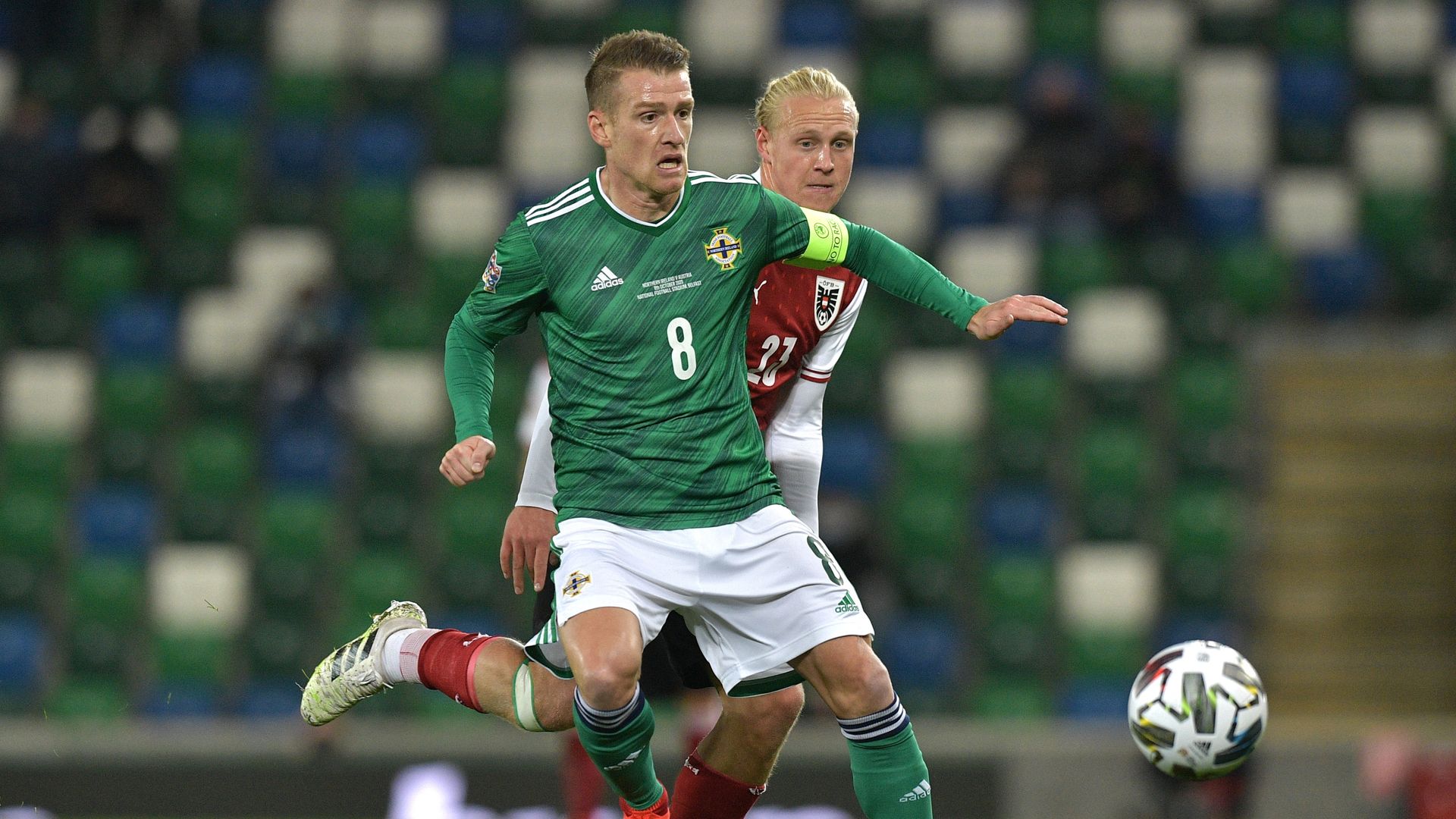 Ian Baraclough's side are on the brink of relegation to League C[1] following their 2-1 defeat to Austria, and must beat Romania at Windsor Park - live on Sky Sports Mix - to have any chance of survival.

Rangers midfielder Davis, 35, was recently compared to Andres Iniesta after becoming Northern Ireland's most capped player[2], but will not be present as they attempt to end their Nations League curse, losing eight of their nine games in total across the competition.

Northern Ireland could yet secure survival - but it will depend on Norway's coronavirus predicament - with Romania expected to be awarded three points following the cancellation of their match with them, although there are other options including the drawing of lots, which are also possible.

UEFA's control, ethics and disciplinary body met on Monday and Northern Ireland's fate should be known before they host Romania.

Davis played all 120 minutes of Thursday's 2-1 extra-time defeat to Slovakia in the Euro 2020 qualifying play-off final and was a second-half substitute as Northern Ireland lost 2-1 to Austria in Vienna on Sunday, his 124th international appearance.

Davis' absence will further limit Baraclough's options for Wednesday's match, with Niall McGinn already ruled out through injury while George Saville also left the squad for personal reasons prior to the Austria trip.