Last Updated: 21/07/21 10:10pm Kate Cross relished being part of "history" after a thrilling opening game in The Hundred which she hopes will inspire youngsters to get into cricket. Cross' Manchester 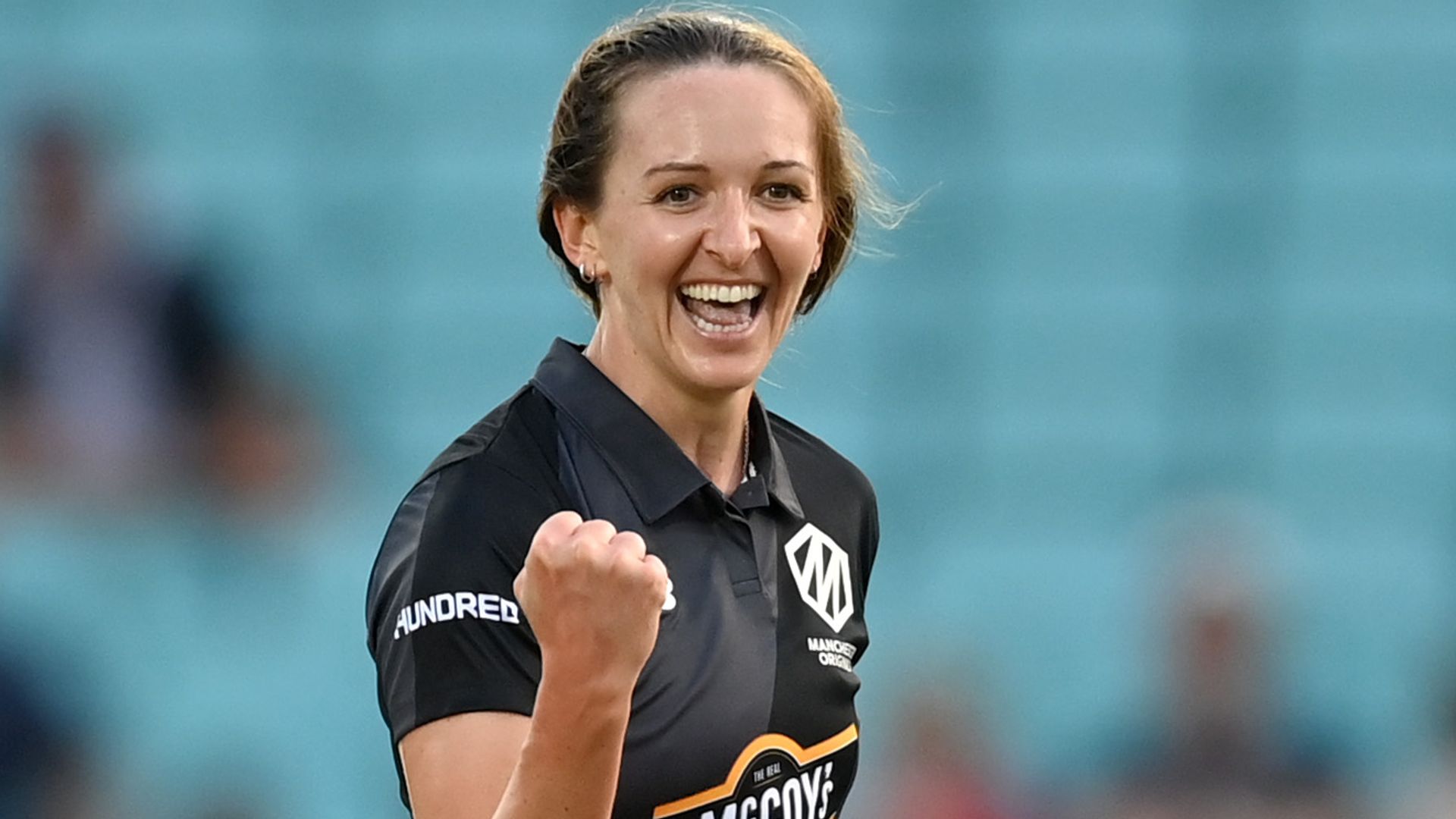 "I get sick of people knocking women's cricket. It is unstoppable what is happening - the girls who play club and schools cricket want more, more, more and evenings like that will provide them with more," says Sky Sports' Nasser Hussain after The Hundred kicks off with Oval thriller

Kate Cross relished being part of "history" after a thrilling opening game in The Hundred which she hopes will inspire youngsters to get into cricket.

Cross' Manchester Originals side lost a nail-biter to Oval Invincibles at The Kia Oval as The Hundred launched with a women's match in front of a passionate crowd.

"What a night! I don't think we could have asked for a better opening game," said Originals captain Cross, whose three wickets came in vain as Invincibles reached their target of 136 with two balls to spare, thanks mainly to an unbeaten 56 from skipper Dane van Niekerk.

The best of the action from the opening match of The Hundred as the Oval Invincibles beat the Manchester Originals. in a thriller

"It was a great game of cricket which is what the tournament needed to start it off. I am disappointed not to win but I said to the girls beforehand that we are making history. The result was irrelevant.

"We didn't know what to expect from the crowd but I have never played in front of a crowd like that in international cricket, in the Big Bash, or anywhere.

"It is incredible and I hope it inspires someone to pick up a cricket bat and go out and play with their brothers and sisters because it is an amazing sport. Hats off to the ECB for creating this."

Sky Sports' Nasser Hussain says women's cricket is enjoying an "unstoppable" rise and feels the high-octane game between Invincibles and Originals will ensure crowds at The Hundred remain strong.

"I get sick of people knocking women's cricket," said the former England captain.

????This is massive for the game!????@Wongi95[3] says The Hundred shows how far the women's game has come and @NasserCricket[4] is looking forward to another big match tomorrow!

???????? Jos Buttler's Originals take on Jason Roy and the Invincibles from 6pm on Sky Sports The Hundred. pic.twitter.com/sYlYxJ0D9Q[5]

"It is unstoppable what is happening - the girls who play club and schools cricket want more, more, more and evenings like that will provide them with more.

"You have to ask yourself the question after every one of these games - are the people who spent their money to come here happy they came and will they want come back? 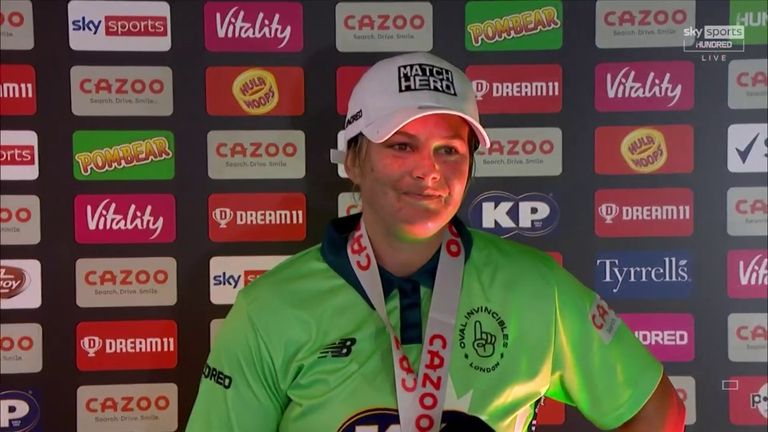 "What we do on Sky Sports is just fluff. The avatars look great but that is just the build-up. The only thing that counts is the 200 balls out in the middle.

"We could have the greatest show on earth but if the cricket is rubbish no one comes back. I think everyone who came enjoyed that game and will want to come back and have more of it."

Watch more action from The Hundred from 6pm on Sky Sports on Thursday as an Oval Invincibles team including Jason Roy take on Jos Buttler's Manchester Originals.

Invincibles vs Originals - as it happened

Gomez&#039;s Liverpool wages can be covered in part by...