Breast implants are leaving women suffering from 'brain fog' and anxiety, according to official figures.

The Medicines and Healthcare products Regulatory Agency (MHRA) has recorded 32 reports of women having psychological reactions to breast implants.

Taken from the past five years, the figures show women believe their implants are having negative impacts on their brains as well as their bodies.

The revelation comes as 250 women are preparing to sue the manufacturer of a commonly used implant in the UK, Allergan.

Women are trying taking legal action against the firm over links between its textured implants and a rare form of cancer which has affected 57 British women. 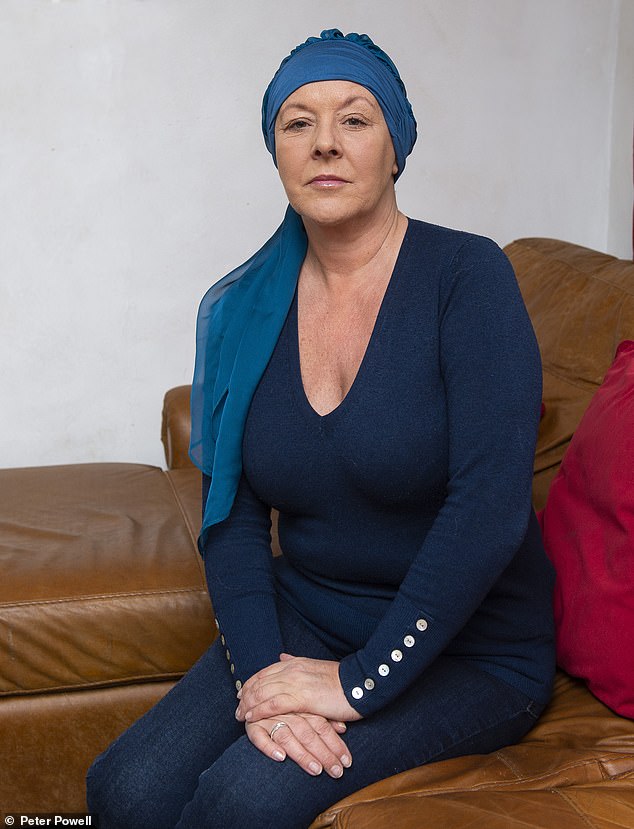 Julie Harris has helped countless women undergo breast augmentation surgery. Now she is one of 250 women preparing legal action against the makers of her own implants

The Medicines and Healthcare products Regulatory Agency is examining whether a condition known as Breast Implant Illness should be officially recognised as a possible risk or side effect of breast augmentation surgery.

It has received reports of 32 women suffering psychological symptoms of BII, The Sun reported, with the true number likely to be much higher.

Although BII cannot be tested for, women say their implants have left them with problems including forgetfulness, anxiety, sleep disturbances and depression.

Women told Channel 4's Dispatches, which will air tonight, that they have found it difficult for doctors to take their breast implant illness seriously.

Six of the women in the class action against Allergan are understood to have BIA-ALCL – a rare blood cancer that has been linked to textured implants.

Others claim they were not sufficiently warned of the risks of the surgery.

Medical authorities are advising that the implants do not need to be removed.

But the case will be of concern to the estimated 500,000 women who have had implants in the UK – around 3 per cent.

Nurse in dark over risk

Julie Harris has helped countless women undergo breast augmentation surgery. Now she is one of 250 women preparing legal action against the makers of her own implants.

As a consultant nurse for two decades at the Harley Medical Group in Manchester, she sat down with hundreds of women and advised them to have implants inserted.

Mrs Harris, 57, was so confident in the technology that she underwent the procedure herself.

In 2005, she had PIP implants inserted. But when fears started to emerge in 2012 that PIP implants could leak, Mrs Harris had them removed and replaced with Allergan implants. In August last year, she was diagnosed with breast implant-acquired anaplastic large cell lymphoma (BIA-ALCL). She has since had six cycles of chemotherapy.

She said: ‘If anyone had breathed a word about cancer risk I would never have had the Allergan implants. None of the patients was given fully informed consent, because I did not have that information myself.’

The first case of BIA-ALCL was recorded as long ago as 1997 – but until recently patients were still not being told of the risk.

It is not known why Biocell’s ‘highly textured’ implants – which have lost their safety licence in Europe – have been linked to cancer but possible explanations could be toxins in the gel and shell of the implants, the abrasiveness of the shell or bacterial contamination during surgery.

The risk is still considered very small. Only 57 women in Britain have been diagnosed with ALCL linked to the implants – with only one death.

Experts believe the risk equates to one in 28,000 implants – although one study suggested the Allergan brand came with a risk of one in every 3,800.

Doctors have found ALCL can be treated effectively in most cases if implants are removed. But it can spread and be fatal if missed.

Warning signs include swelling or pain at the site of the implant, or fluid beneath the skin.

The MHRA said: ‘At present there is no need for women to remove their implants based on current evidence.’

Allergan said in a statement: ‘We’ve had 57 reports of breast implant-related ALCL.

'The safety of [our] implants is supported by extensive pre-clinical device testing, more than a decade of worldwide clinical use, as well as a large number of peer-reviewed and published studies.’

Meanwhile, Breast Implant Illness is being examined by the MHRA over concerns that it is a ‘new type of illness’.

In the US, Breast Implant Illness is listed on regulator the Food and Drug Administration’s website as a possible ‘risk and complication’ of breast augmentation surgery.

The MHRA said in a statement: ‘Because it’s an evolving diagnosis, the World Health Organisation only classified it as a condition fairly recently, it’s reasonable to assess that it probably is underdiagnosed.’ 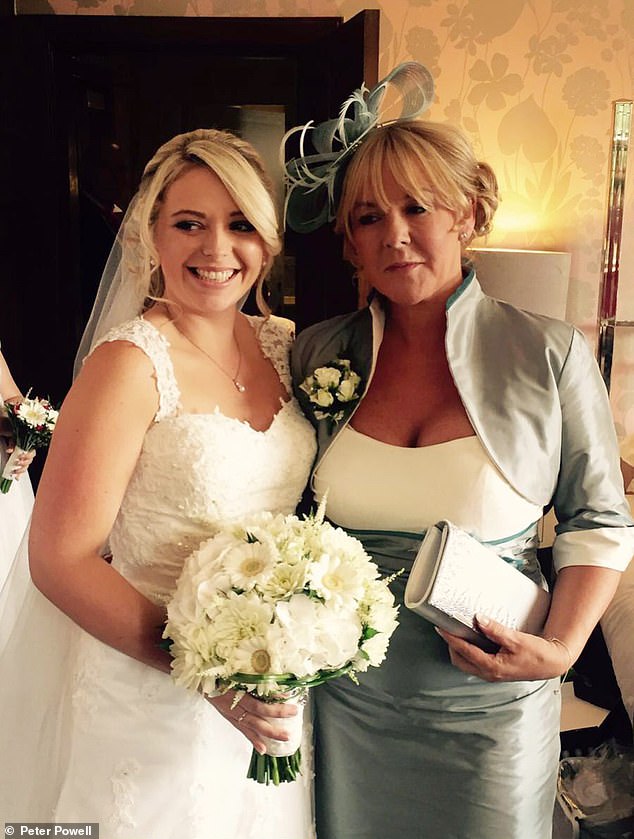 Mrs Harris, 57, was so confident in the technology that she underwent the procedure herself. Pictured with her daughter Kelly

Presenter Abbie Eastwood told Channel 4’s Dispatches of how breast implants affected her health after she had the surgery when she was 25.

She said: ‘My hair fell out, I had memory fog, aches and pains, utter exhaustion. I had to stop work. I spent whole days in bed.’

An NHS spokesman said: ‘While there isn’t currently any clinical evidence that these symptoms represent a new kind of illness, women experiencing them should seek advice from their GP at the earliest opportunity.’

Summer is FINALLY here! Drenched Britain gets a respite...