Council apologises to family after putting skip on dad's grave

Bungling council bosses were forced to apologise to a grieving family after workers dumped a skip on top of their father's grave.

Paula Roberts, 44, and her mother Betty, 69, were horrified when they saw the skip full of soil on top of the grave in Flint, north Wales last week.

The council promised 'lessons will be learned' from the incident, which they claim was down to health and safety rules. 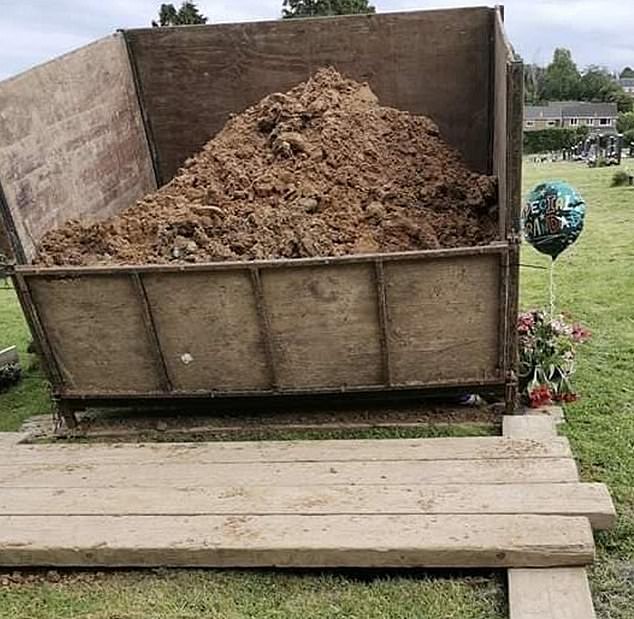 Paula Roberts, 44, and her mother Betty, 69, were horrified when they saw the skip full of soil on top of their relative Alan's grave in Flint, north Wales last week

The family are still waiting for a headstone to be placed on the grave but they lay flowers and ornaments on the burial plot every week.

Ms Roberts, who runs a hair salon, said: 'We had been up to the cemetery on Father's Day and put down fresh flowers.

'I took my mum up to see the grave days later and as we were walking towards it I said I can't see the balloon we attached to the grave the week before.

'I thought it must have blown away and my mum 'what the hell's that?'

'As we got closer, I could see this big skip type container on top of my dad's grave.

'All the vases and ornaments and gifts we'd placed on the grave on Father's Day were smashed up.

'My mum was just hysterical, I haven't seen her cry that much since my dad passed away. 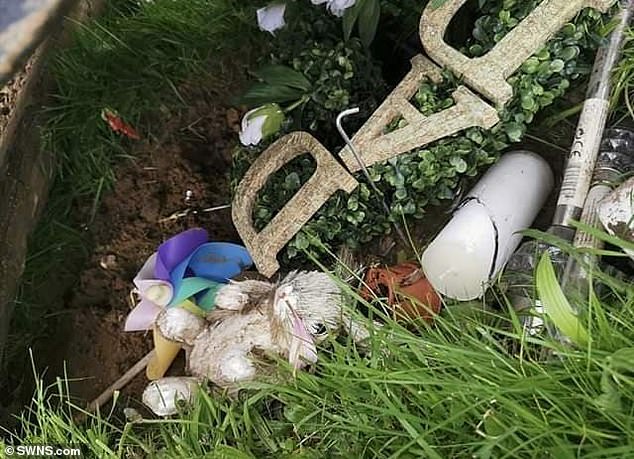 'The workmen had literally picked up the gifts and flowers we had placed by the grave and thrown everything into the mud.

'I phoned up the council and a lady said it must have been due to health and safety reasons, I said there is no reason that should be on my dad's grave.

'There are just no words to describe how upsetting this has been. It's just totally disrespectful and disgusting.

'I got a response from the council saying they would send a form out to pay for the damage.

'It's the workers job to look after the graves not destroy them, it's criminal damage.' 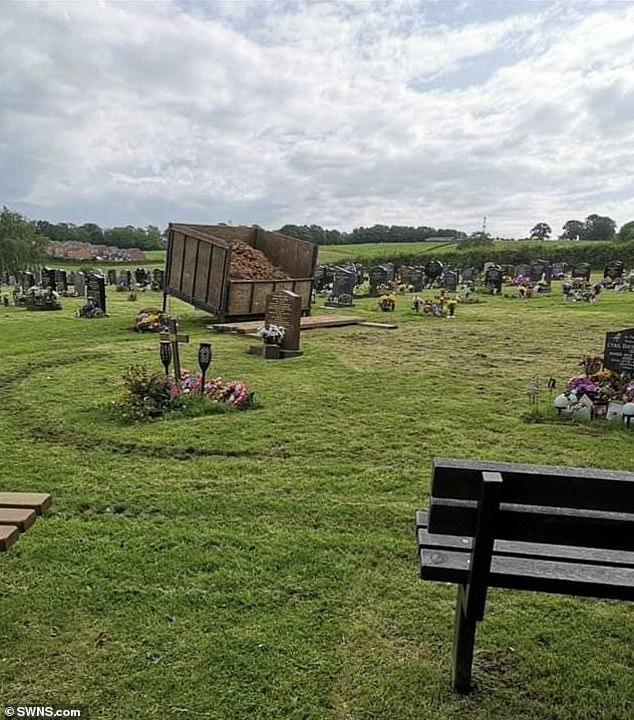 The council promised 'lessons will be learned' from the incident in Flint, north Wales, which they claim was down to healthy and safety rules

Flintshire County Council have apologised to the family and have agreed to pay for any damage caused.

A spokesman said: 'The item referred to as a skip was in fact a soil box, which is used to temporarily store the material excavated during the preparation of new graves, when they are in close proximity to other existing graves.

'They are constructed on legs that keep the bottom of the box, at least 300mm above the surface, in order that no damage is caused to the grave underneath and are used only when there is no room available to store the excavated material.

'In this case, there was sufficient space to store the excavated material away from existing graves and the box should not have been used.

'Lessons will be learnt from the case and adopted to avoid a repeat occurrence.'

England's Lionesses take on Japan as they look to top their...

Could ANDREW PIERCE be going through the manopause?