Chinese gang who made £500,000 from Home Counties brothels are jailed

Chinese gang who made £500,000 from Home Counties brothels rented in the name of fake Huawei workers are jailed for nine years

By Henry Martin For Mailonline 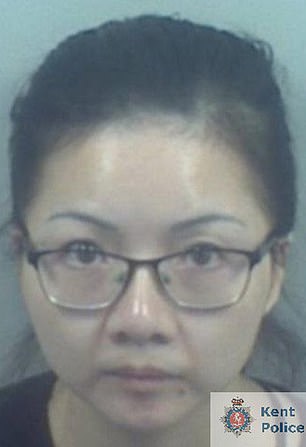 A Chinese gang who made £500,000 from Home Counties brothels they rented in the name of fake Huawei workers have been jailed for a total of nine years and five months.

Dongning Zhang, 35, a law graduate and former court clerk in his native China, was described as 'the boss' of the operation.

He and his partner Shuangyan Hu, 37, ran the network from their home in Harrow, Middlesex, while 62-year-old Kai Shao, known as 'Big Uncle', acted as 'babysitter and housekeeper' for the prostitutes.

A court heard the sex houses operating across the south east of England raked in an estimated £557,000 over three-and-a-half years, based on the crime gang's own 'business records' showing weekly takings of £10,000.

Prosecutor Ryan Richter said flats were rented in London, Essex, Surrey and Kent under fake identities or false claims of being employed by telecommunications giant Huawei.

Young women, often Chinese or East Asian, were advertised in Friday Ad and on explicit adult websites as 'high quality' and then put to work in the brothels, referred to by those involved as 'shops'.

Zhang, who uses the English name Leo, admitted two offences of conspiracy to keep a brothel between December 31, 2014 and July 26, 2018, and one of conspiracy to convert criminal property over the same period. 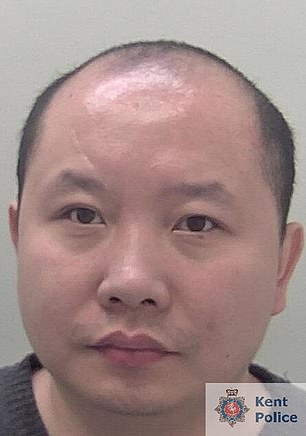 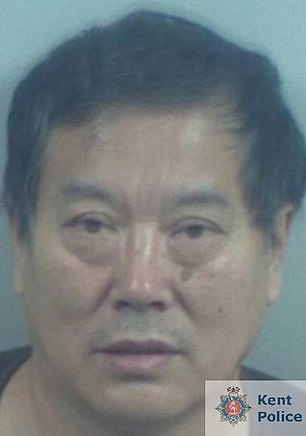 He was jailed at Maidstone Crown Court on Friday for four years and three months.

Hu had been unanimously convicted by a jury of one offence of conspiracy to keep a brothel, and conspiracy to launder money. She was jailed for three-and-a-half years.

He was jailed for 20 months but is likely to be released immediately due to time already served on remand.

Passing sentence, Judge Charles Macdonald QC said it was a 'sophisticated, meticulous, and highly profitable' crime but accepted the prostitutes were 'volunteers'.

Zhang was said to be at the heart of the conspiracy, with Hu 'second in command'.

There were 'a large number of sex workers' at the gang's disposal with the women being 'passed around and moved between brothels', prosecutor Mr Richter said.

These were located in Tunbridge Wells, Kent, one in nearby Tonbridge, others in Brentwood and Chelmsford in Essex, in the Surrey towns of Maidenhead, Reading and Cheltenham, and several in Islington, London. 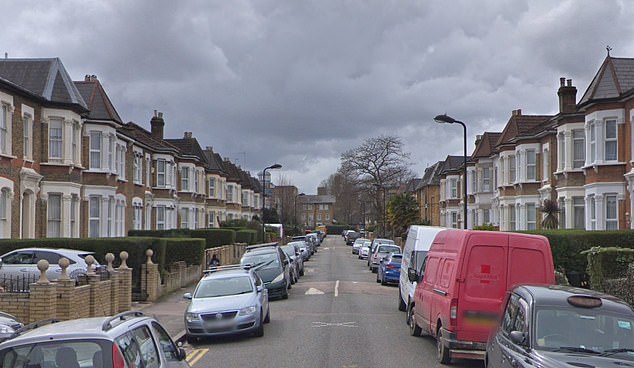 The brothels were run in well-to-do towns, including one in this street in Tunbridge Wells

During one police raid in Tunbridge Wells, officers were met by Shao and a sex worker scantily dressed in a cheerleader's outfit and with £1,000 cash.

But the brothel chain 'HQ and call centre' was provided by the home which Zhang, described as the 'central figure', and Hu shared with their one-year-old daughter.

When the property in St Kilda's Road, Tunbridge Wells was raided on July 25 last year, police found 'a wealth of documentation all over the house', the court heard.

Also at the property were 17 mobile phones and £8,000 cash, as well as a list of English phrases with their Chinese translations, such as 'How can I help you?', 'What's the price rate?', 'We have high quality girls', and 'Girl is young, good-looking, friendly'.

'In a shed was an airline stewardess's outfit and there was a suggestion that one of the bedrooms was a room being used for sex services itself,' said Mr Richter.

Zhang, Hu and Shao were arrested following police raids at suspected brothels in Tunbridge Wells and another in Tonbridge.

Shao was said to be the 'live-in manager' at two of the Tunbridge Wells properties.

But the prosecutor told the court he initially denied being involved in running brothels, claiming his 'eyesight was bad and couldn't see what the girl was up to.'

Mr Richter told the court: 'This case is about an organised crime group of Chinese nationals operating a network of brothels, in south east England largely but also elsewhere.'

Adverts offering the girls' services were placed in Friday-Ad and on explicit adult websites, accompanied by 'alluring' photos, the court heard.

Prospective customers were invited to call various mobile phone numbers to arrange either an 'in-call' - a customer going to a brothel - or an 'out-call' - when the sex workers would go to meet the client, very often at hotels.

'Customers would often ask when new girls would be available,' added Mr Richter.

The police investigation revealed £150,000 had been paid into the operation's 'principal' bank account between May 2015 and July 2018.

Jailing them, Judge Macdonald said: 'These were three-and-a-half year conspiracies to run brothels and launder money.

'Eleven of the brothels ran from Brentwood in the east to Cheltenham in the west, and from London in the north to Tunbridge Wells in the south.

'The model of the operation was to take a supposedly residential lease and use the premises as a brothel.

'It was sophisticated crime, there was meticulous record-keeping, and there was central control, largely from a bank of 11 phones kept at HQ which was at the Harrow address.'

All three are said to now be at risk of deportation.