By Jack Newman For Mailonline and Reuters

China's Covid vaccine is only 50.4 per cent effective, Brazilian researchers have found, just days after they announced results of 78 per cent from their late-stage trials.

But it has now been revealed their results did not include 'very mild' infections from those who had received the vaccine but did not need medical assistance.

With this data included, the success rate has now dropped to 50.4 per cent,┬Ābarely sufficient for the 50 per cent minimum for regulatory approval.

It is also well below the 70 per cent recommended by the Chinese government and the World Health Organisation.

The news is a major disappointment for Brazil, as the Chinese vaccine is one of two that the federal government had lined up to administer during their deadly Covid surge.

Sinovac's chairman has insisted the vaccine is highly effective and prevents 100 per cent of severe Covid cases.┬Ā 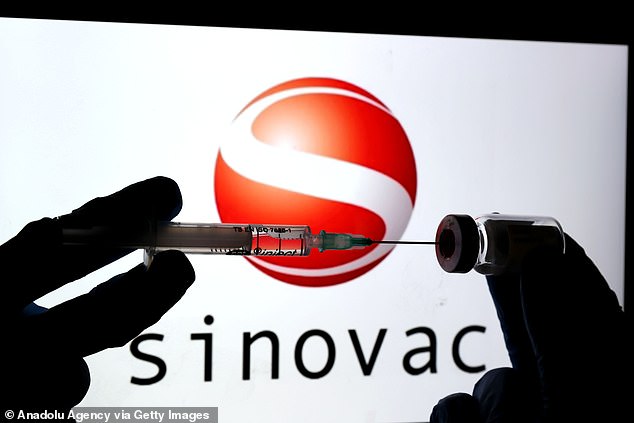 China's Covid vaccine was only 50.4 per cent effective at preventing symptomatic infections in a Brazilian trial

Many have criticised the Butantan biomedical centre for releasing partial data just days ago that generated unrealistic expectations.┬Ā

The results came from a trial of┬Ā13,000 people in Brazil in the most advanced final phase of testing.┬Ā

The trial saw 220 people infected of which 160 were in the placebo group and 60 received the vaccine.

They insisted last week the results were sufficient for 'clinical efficacy' and are insisting┬Āthe vaccine is still 78 per cent effective in preventing mild cases that would need treatment.┬Ā

It is still not clear how the efficacy rate was calculated by the Brazilian officials and a detailed breakdown of the study, showing age groups and side effects, has not been published.┬Ā

The confusion may add to skepticism in Brazil about the Chinese vaccine, which President Jair Bolsonaro has criticized, questioning its 'origins.' 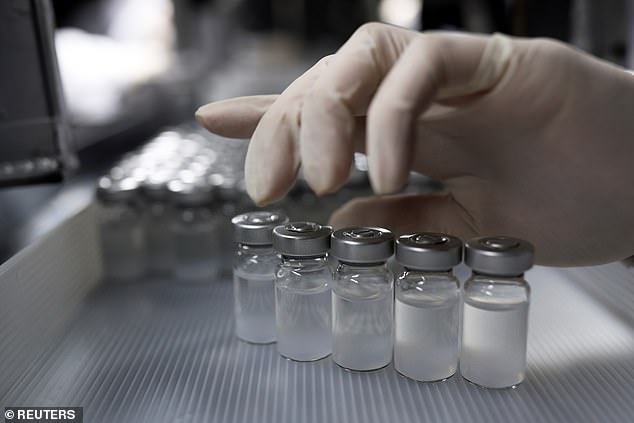 'We have a good vaccine. Not the best vaccine in the world. Not the ideal vaccine,' said microbiologist Natalia Pasternak, criticizing Butantan's triumphant tone.

Sinovac chairman Yin Weidong said on Wednesday: 'This data shows that the vaccines have good efficacy and safety in all the phase 3 clinical trials. We have accelerated the ramping up of production capacity.'

Weidong also cited figures from other trials which showed a much higher efficacy rate.┬Ā┬Ā

Piecemeal disclosures about Chinese vaccine trials globally have raised concerns that they are not subject to the same public scrutiny as US and European alternatives.

Palacios and officials in the Sao Paulo state government, which funds Butantan, emphasized the good news that none of the volunteers inoculated with CoronaVac had to be hospitalized with COVID-19 symptoms.

Public health experts said that alone will be a relief for Brazilian hospitals that are buckling under the strain of surging case loads. However, it will take longer to curb the pandemic with a vaccine that allows so many mild cases. 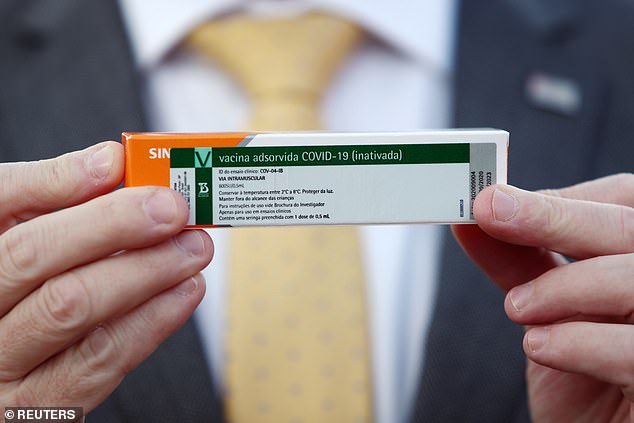 The news is a major disappointment for Brazil, as the Chinese vaccine is one of two that the federal government had lined up to administer

'It's a vaccine that will start the process of overcoming the pandemic,' Pasternak said.

Sinovac uses an inactivated version of the virus to stimulate the body's immune response.

One major advantage is that it can be stored at refrigerator temperature, making them easy to distribute to the developing world.┬Ā┬Ā

China has already administered 4.5million of the jabs to its citizens as part of its plan to vaccinate 50million people by early February.┬Ā

Researchers at Butantan delayed announcement of their results three times, blaming a confidentiality clause in a contract with Sinovac.

Butantan officials said the design of the Brazilian study, focusing on frontline health workers during a severe outbreak in Brazil and including elderly volunteers, made it impossible to compare the results directly with other trials or vaccines.

Still, Covid-19 vaccines in use from Pfizer Inc with partner BioNTech SE and Moderna Inc proved to be about 95 per cent effective in preventing illness in their pivotal late-state trials.

The disappointing CoronaVac data is the latest setback for vaccination efforts in Brazil, where more than 200,000 people have died since the outbreak began - the worst death toll outside the United States.

Brazil's national immunisation programme currently relies on CoronaVac and the vaccine developed by Oxford University and AstraZeneca Plc - neither of which has received regulatory approval in Brazil.

Anvisa, which has stipulated an efficacy rate of at least 50 per cent for vaccines in the pandemic, has already pressed Butantan for more details of its study, after it filed for emergency use authorization on Friday.

The regulator said it will meet on Sunday to decide on emergency use requests for CoronaVac and the British vaccine.

AstraZeneca failed to deliver active ingredients to Brazil over the weekend, leaving the government scrambling to import finished doses of the vaccine from India to begin inoculations.

Donald Trump is impeached for the SECOND TIME after bipartisan vote

Boris refuses to answer questions about row with girlfriend

Young man is shot dead in block of flats in south west... Aubameyang scores twice to fire Arsenal into top half

A 36-year-old man lived undetected in a secure section of Chicago's O'Hare International... 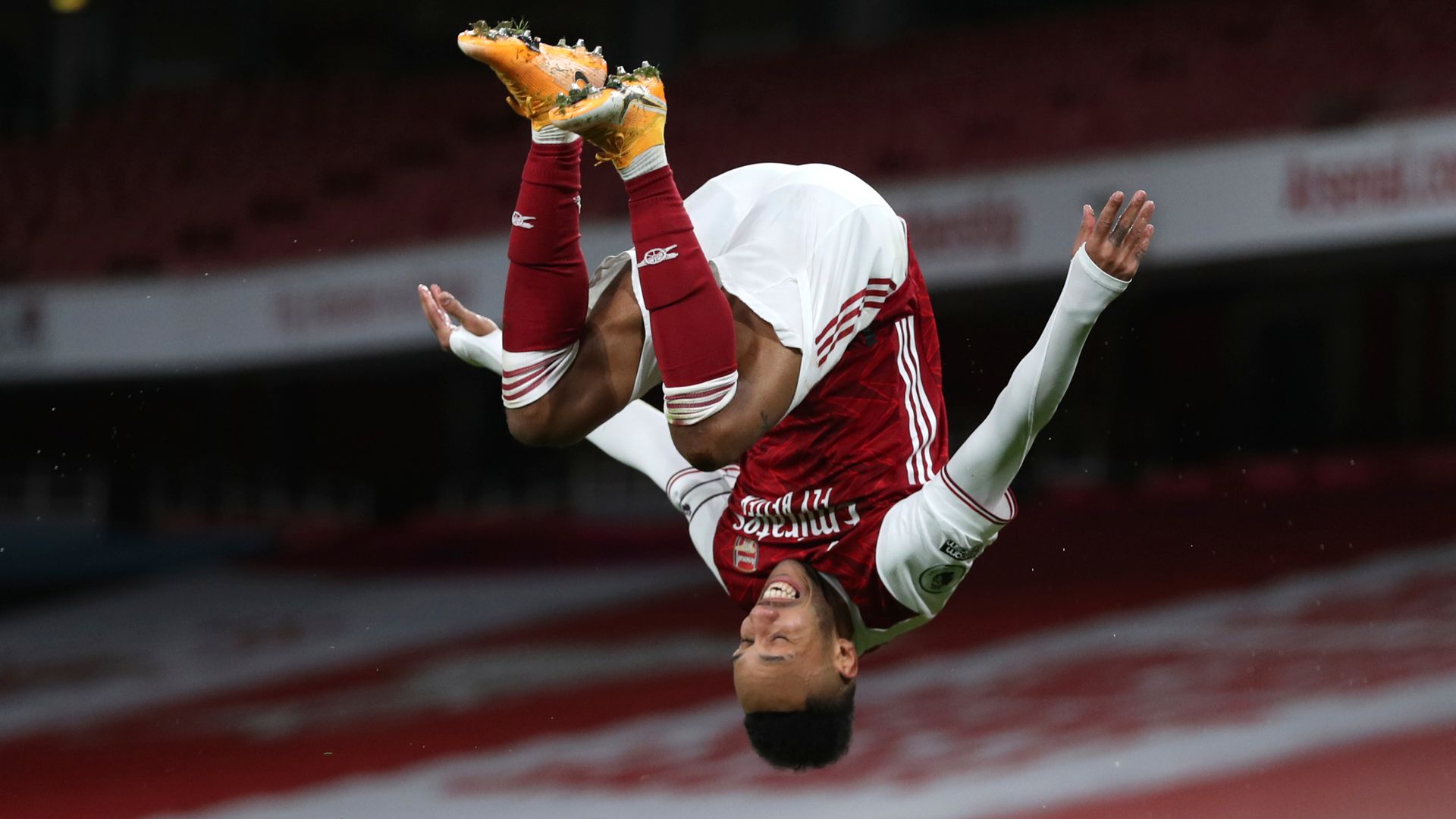 Pamela Anderson has called on Donald Trump to pardon Julian Assange in his final... Advertise with Anonymous Ads Do you want to get a free stock share worth up to ┬Ż100? Create a Trading 212 Invest account using this link www.trading212.com/invite/FzFpQ6zL and we both get a free share!