Last Updated: 22/11/21 1:30am Chris Jones had 3.5 sacks and a forced fumble as the Kansas City Chiefs downed the Dallas Cowboys 19-9 at Arrowhead Stadium on Sunday to win their fourth straight. The Ch 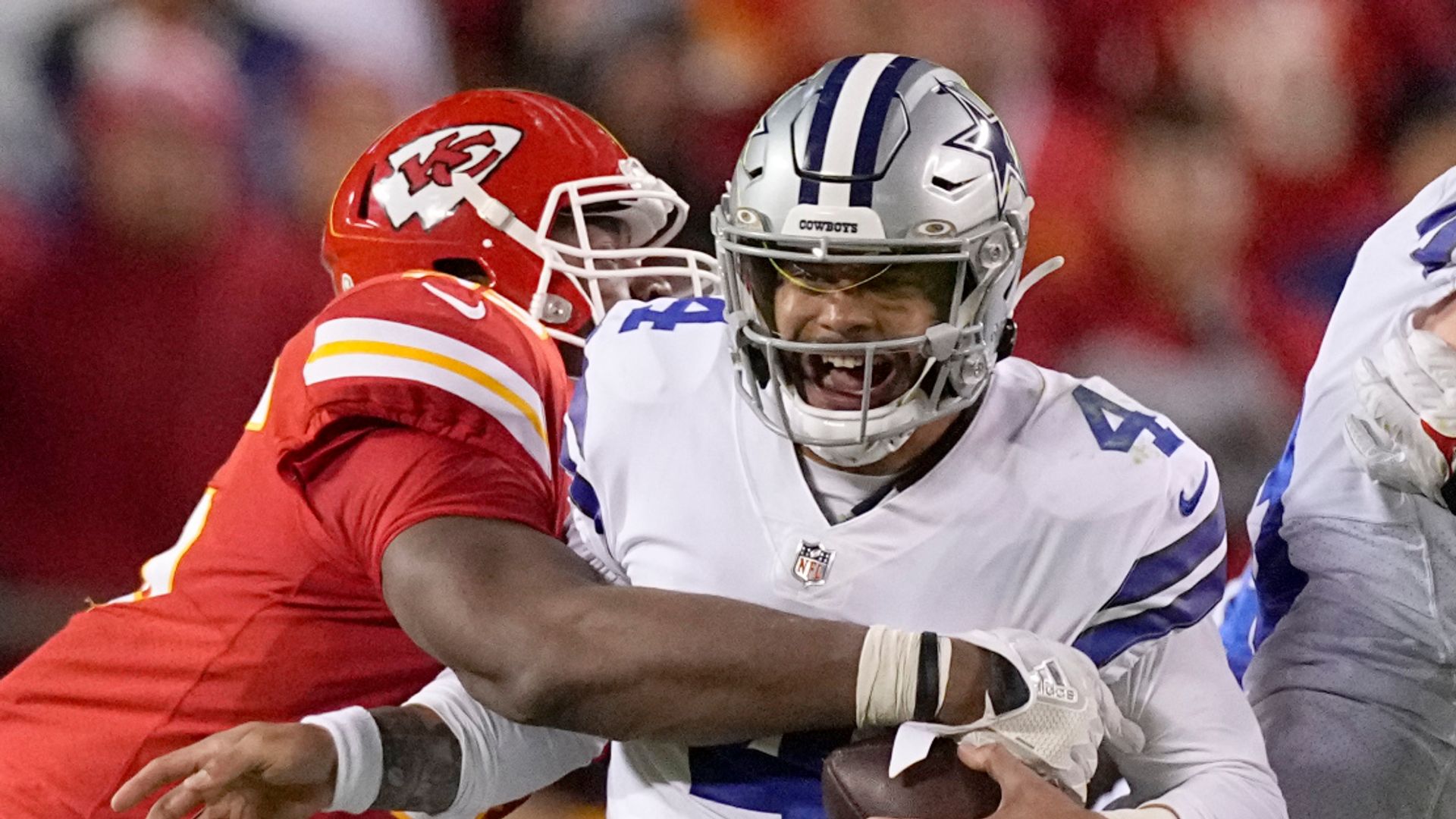 Chris Jones had 3.5 sacks and a forced fumble as the Kansas City Chiefs downed the Dallas Cowboys 19-9 at Arrowhead Stadium on Sunday to win their fourth straight.

The Chiefs limited the No 1 ranked offense in the NFL to just 276 total yards and zero touchdowns, with Cowboys quarterback Dak Prescott intercepted twice.

Prescott completed 28 of his 43 pass attempts for 216 yards, also giving up a fumble as well as those two picks, as he struggled without his leading receivers Amari Cooper - place on the reserve/COVID-19 list this week - and CeeDee Lamb, who left the game in the first half with a head injury.

While the Kansas City defense was the main factor in the hosts coming out victorious based, it was another sputtering performance on offense, with the exception of a Travis Kelce four-yard touchdown run, inside the opening five minutes, and a Clyde Edwards-Helaire goal-line score in the second quarter in his first game back from injury.

Patrick Mahomes went 23 of 37 for 260 yards but, off the back of his five-TD performance in last week's blowout win against the Las Vegas, he did not throw a touchdown pass and was picked off by safety Jayron Kearse on the opening series of the second half.

It would not prove particularly costly, with Kansas City at that stage owning a 13-6 half-time lead. Dallas would score a field goal off the turnover - Greg Zuerlein with one of three successful kicks in the game - but KC's Harrison Butker also fired through the uprights on a couple of occasions to help the Chiefs clinch a comfortable victory.

L'Jarius Sneed picked off Prescott late in the game as Dallas desperately looked to claw their way back into the contest.

It's Thanksgiving Week! And, as tradition dictates, the Cowboys will be appearing on Thanksgiving Thursday, hosting the Las Vegas Raiders to kick-start the Week 12 festivites.

The Chiefs meanwhile now head into their Bye Week, riding a four-game win streak.They next host the Denver Broncos in Week 13 on the first Sunday in December.