Scott Brown went off injured on his return to Celtic Park after his successor as Hoops captain, Callum McGregor, netted a fortuitous winner against Aberdeen. McGregor had his back to goal as he divert 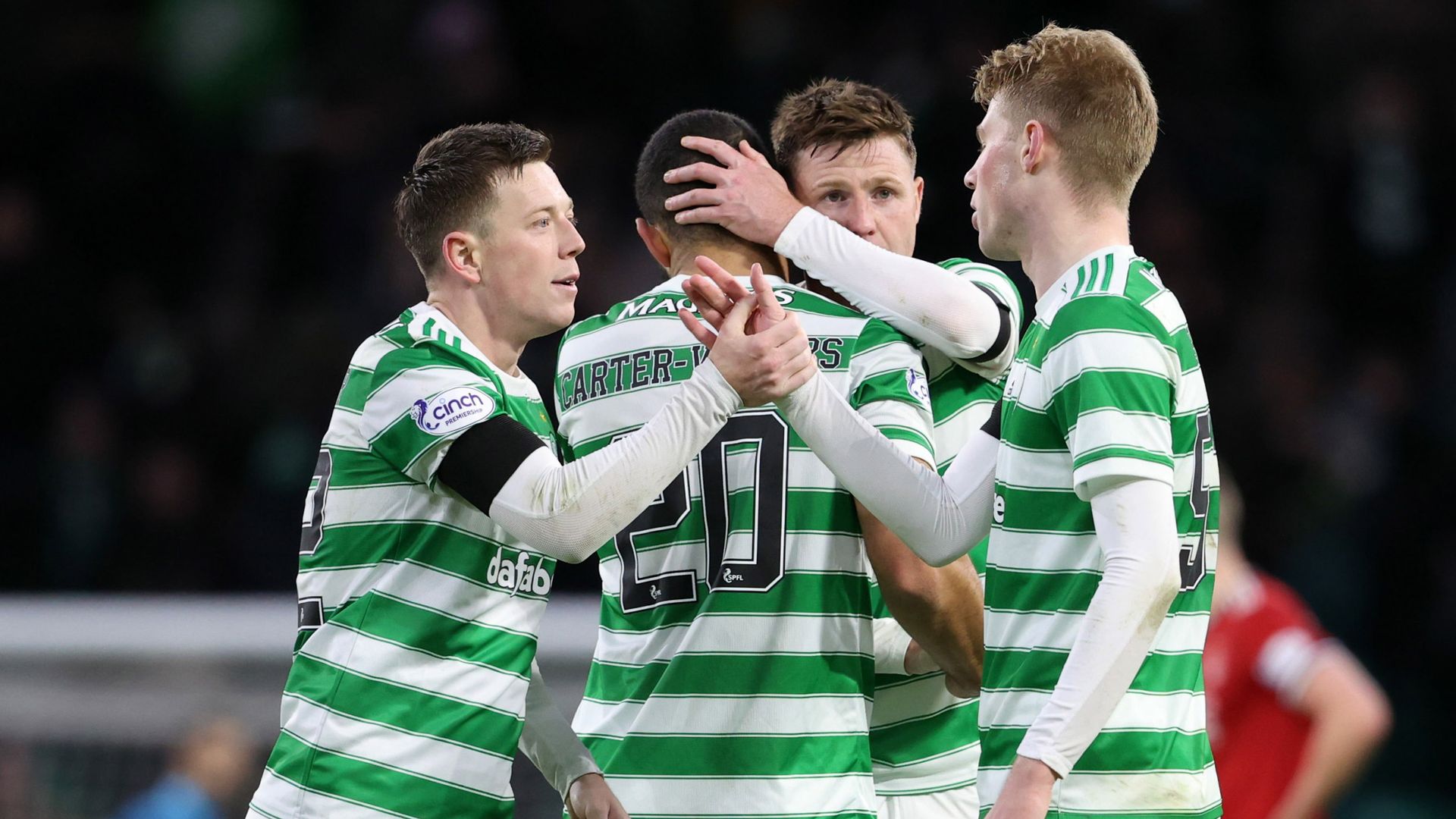 Scott Brown went off injured on his return to Celtic Park after his successor as Hoops captain, Callum McGregor, netted a fortuitous winner against Aberdeen.

McGregor had his back to goal as he diverted a clearance from former team-mate Jonny Hayes into the Dons goal on the hour mark to earn Celtic a 2-1 victory.

Jota had opened the scoring for the hosts with his eighth goal of the season but Lewis Ferguson netted from the spot to level in the 33rd minute.

Celtic were not at their fluent best following their midweek trip to Germany to face Bayer Leverkusen but periods of pressure told before both goals and they kept the deficit on cinch Premiership leaders Rangers to four points.

How Celtic edged past Aberdeen...

Celtic's first home game since the death of Bertie Auld allowed supporters to pay their respects to his watching family and fellow Lisbon Lions Jim Craig and John Clark.

Footage of Auld and his fellow European Cup winners was played on the big screen, accompanied by renditions of Auld Lang Syne and You'll Never Walk Alone.

McGregor and Brown came out before their team-mates and laid wreaths in the centre circle, which was covered with a giant Celtic strip adorned by a number 10 and the phrase 'That's Entertainment'.

Auld had been entertaining the Celtic fans on and off the pitch since the 1950s and a video of him singing the Celtic song was played on the big screen as the teams emerged before a minute's applause.

Celtic got going after a slow start and put the Dons under pressure. David Bates put in a good block on David Turnbull and Josip Juranovic might have done better after being played through by McGregor before seeing his ball across the face of goal cleared.

The opener came after Turnbull opened up the visitors with a lofted pass in the path of McGregor's run.

The skipper laid the ball for Jota to finish high into the net with the aid of a deflection. A burst of Wham! rang out over the speakers as the home support hailed the George Michael lookalike.

Aberdeen were getting Marley Watkins, Christian Ramirez and Ryan Hedges forward when they had possession and they looked dangerous when they managed to get the ball and their front three ahead of Celtic's midfield.

One move led to Watkins forcing a good stop from Joe Hart and the Dons got their penalty from the resulting corner when Liel Abada tripped Bates. Ferguson sent Hart the wrong way from the spot.

Celtic were slow to respond to the setback but McGregor came close in the 54th minute with a thumping strike which left Ramirez rolling about after blocking on the line.

The home side stepped up a gear and Jota had an effort deflected over before Juranovic shot just wide.

James McCarthy then threaded a pass through for Abada, who was denied by goalkeeper Joe Lewis. The danger appeared to be over but Hayes' clearance bounced off McGregor and flashed into the net.

The Dons had already lost former Celtic midfielder Dylan McGeouch to injury before Brown went down clutching his hamstring. The midfielder got a standing ovation as he trudged off in the 66th minute.

Jota hit the post before Aberdeen rallied unexpectedly late on and Juranovic headed Ferguson's header off the line, although Lewis subsequently saved well from Kyogo Furuhashi.