Last Updated: 16/03/22 10:27pm Sky Sports F1's Martin Brundle believes Lewis Hamilton needs to "play Max Verstappen at his own game" and "get his elbows out" if he is going to defeat his rival for an 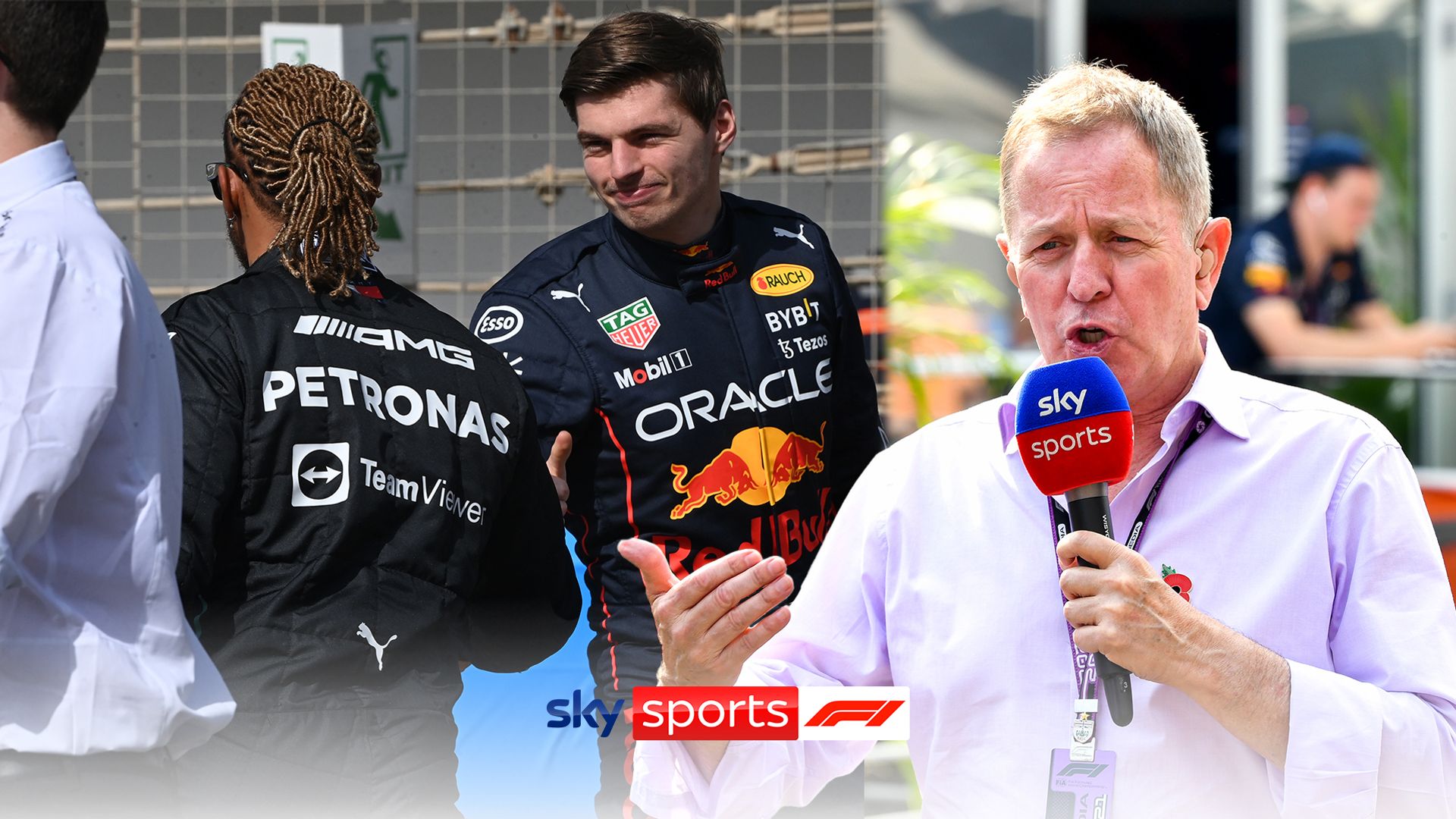 Sky Sports F1's Martin Brundle believes Lewis Hamilton needs to "play Max Verstappen at his own game" and "get his elbows out" if he is going to defeat his rival for an historic eighth crown - but admits Red Bull enter an eagerly-anticipated new season as the team to beat.

The 2022 campaign, with its new rules and new cars, gets underway this weekend with the Bahrain GP, all live on Sky Sports F1 from Friday's practice through to Sunday's Grand Prix.

Brundle will be part of a bumper punditry team out in Sakhir, and in a Sky Sports exclusive has provided his essential preview ahead of the opener. His expert analysis includes insistence that Hamilton - after agonisingly and controversially losing out to Verstappen - should alter his racing style in order to get his own back on the young Dutchman.

"I think Lewis will come back with more determination than ever and I think he's going to have to get his elbows out with Max," said Brundle.

"In the end, Max's aggressive driving won him the world championship as far as I'm concerned. 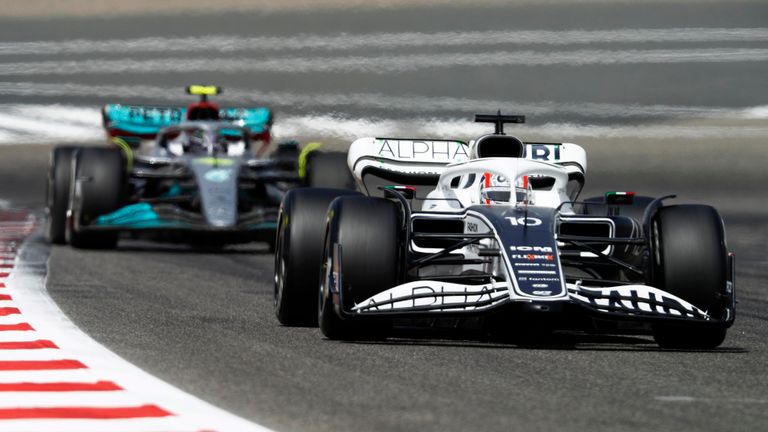 "Everybody is going to have to play Max at his own game if they want to beat him. Mercedes and Lewis will be energised by that, but they're going to have to go racing in a different and more aggressive way and play the same game - because Max isn't going to change."

Also in his preview, Brundle discusses the pecking order - which he believes Red Bull are leading ahead of a rejuvenated Ferrari and a Mercedes team you simply can't write off - and several other key topics going into the new season…

Red Bull ahead of Ferrari ahead of Mercedes?

Brundle was in Bahrain to watch the second and final test, and predicts Red Bull - who sped away from their rivals following upgrades on the final day - are leading the way.

"I'm pretty certain Mercedes were sandbagging but the car looked a bit of a handful so I can't help but think it's Red Bull from Ferrari," he said. "The Red Bull just on raw pace, while the Ferrari looked very benign and very driveable which might come in extremely handy on race day.

"I think Mercedes will be very close to them."

"It does seem like we might have a three-way fight this year. Ferrari, having not been in the title fight last year - and I think the same with McLaren too actually - have benefited. But then Red Bull appear to have aced the aero a little bit better for now.

"But let's see what Mercedes do when it matters. I'm confident to say they haven't got it right yet, but you do know that they will be there or thereabouts.

With what we've seen, the Mercedes was porpoising perhaps as bad as any team when they lowered the car, but that's the kind of thing you can fix, and they might just fix it straight away."

What about the rest of the pecking order? "I put McLaren fourth, after Barcelona and because it's quite clear their car doesn't porpoise as much which means come qualifying and the race they're going to be less compromised on ride height. That's a guestimate, really, on the basis of assuming they sort their brakes out, they're going to be there somewhere.

"Then I think it's quite hard after that to really get a feeling for it. The Aston looked OK on track, AlphaTauri looked OK, the Alpine looks a bit of a struggle - they've got some work to do. And then Alfa Romeo and Haas kept showing signs of great speed.

"The Williams had a difficult test and the amount of times you saw that car off the road with locked up brakes was quite high."

Russell a match for Hamilton in Merc's 'best driver pairing'?

The major driver line-up change for this year comes at Mercedes, where young British star George Russell has finally earned his chance alongside his hero and idol Hamilton.

"George can challenge Lewis this season," Brundle insists. "Watching the decision and patience you need to drive the cars - that's going to be a key factor - George has got all the feel and touch and maturity he needs to make these cars sing. 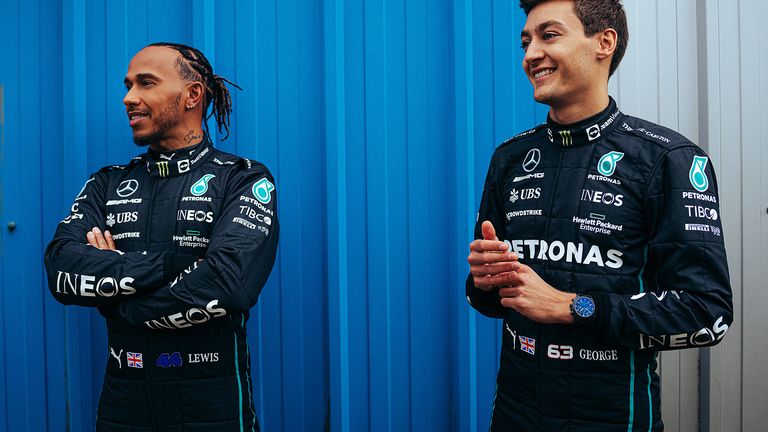 "In my mind, Mercedes have the strongest driver pairing. George knows the team, he's going home effectively, he knows what he's stepping into. He will find Lewis' relentless season-long, race-by-race, day-by-day, hour-by-hour commitment potentially soul-destroying, but I think he's confident and talented enough to live with it.

"I see George as a fully-fledged Mercedes works driver from lap one on Friday in Bahrain."

Leclerc vs Sainz the pick of other team-mate battles

With Ferrari seemingly back in contention, Brundle believes the team have a "nice problem" with their talented and extremely evenly matched drivers, Charles Leclerc and Carlos Sainz.

"If the Ferrari can win races, then they'll be struggling to manage those two. It's another great driver pairing, and a nice problem to have but those two will be going at it hammer and tongs. 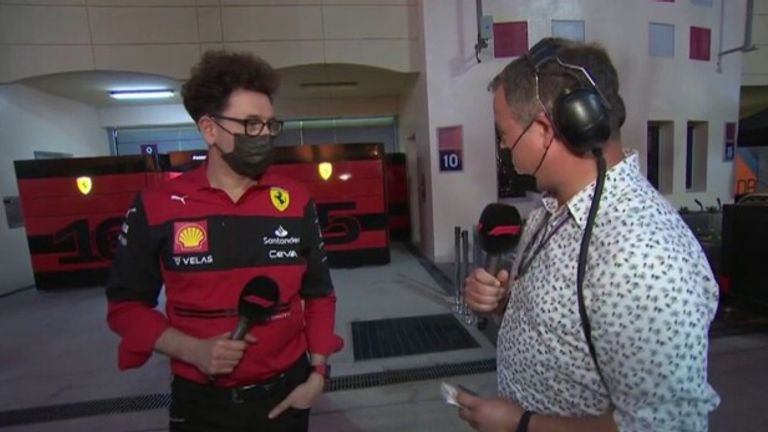 He added: "We have to assume Max will have the upper hand over Sergio Perez, while McLaren could be interesting. We haven't seen Daniel Ricciardo much yet but I'm expecting him to be a renewed force against Lando Norris.

"Daniel needs a good start and a good season but sadly for him, he's already on the back foot."

Hamilton's mindset: Don't get angry, get even

Discussing last year's controversial Abu Dhabi GP title decider and what it means for this year, Brundle said he "admires Lewis, Toto and Mercedes in the way that they've moved forward".

"I suspect Lewis is thinking, don't get angry, get even. I think they realise that dwelling on that is negative energy - it's not going to change. They made their points, changes have been made and any energy thinking about last season and Abu Dhabi in particular is wasted energy. 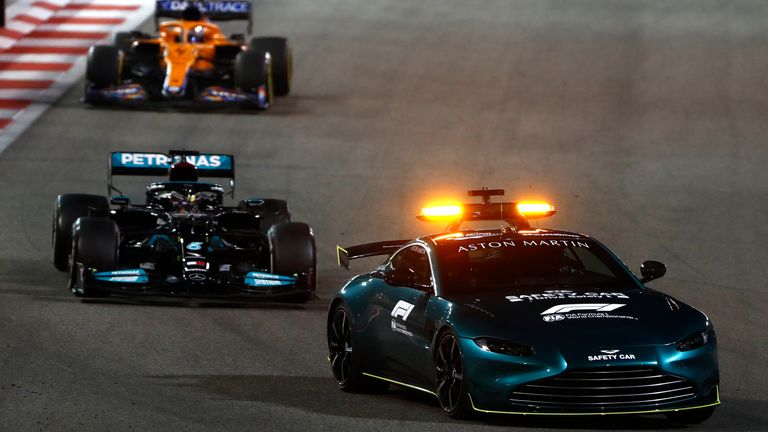 "I think Lewis will come back with more determination than ever and I think he's going to have to get his elbows out with Max. In the end, Max's aggressive driving won him the world championship as far as I'm concerned.

"Everybody is going to have to play Max at his own game if they want to beat him. Mercedes and Lewis will be energised by that, but they're going to have to go racing in a different and more aggressive way and play the same game, because Max isn't going to change."

"After observing the cars closely in Bahrain, I'm very excited," said Brundle. "You can't help but be sceptical beforehand because we've had 'solutions' before that really haven't worked and improved the racing. But this is a major change.

"I think there is no doubt after watching the drivers jostling, listening to them, reading the press releases… the cars at this stage are at least going to follow each other a bit better. which puts them in play. And if they can follow better, they're not sliding around as much and not damaging the tyres as much, which will also help.

"The cars also fundamentally look nice, they look purposeful. There's still bits of pieces on them I don't like, like the front mud guards, while the wheel covers also take away a bit of the theatre - but I can also understand how they're absolutely fundamental to the new concept.

"So I think they look great, but they also look much harder to drive and that's a good thing. 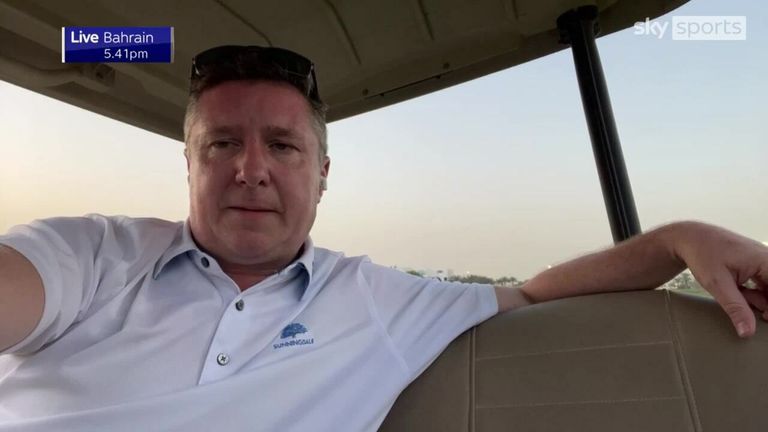 "The drivers will get frustrated, and you're always looking for perfection as a driver - you've spent your whole life trying to achieve that. Making an error, especially under braking or getting a little bit scruffy on a kerb, I think you'll get more pain. I think it'll force the drivers to be more accurate on the race track."

Brundle also believes we're in for a more competitive and unpredictable season.

"I wouldn't write off some of the midfield teams getting a great race car," he stated.

"We could be back to the old days a little bit where a raw qualifying lap could be a completely separate thing to race pace.

"We've become used to in the last few years that if a car works in qualifying, it works in the race. I think we could see a separation from that. I've got a feeling, especially in these early races, someone with a good race setup will comfortably outperform their grid position.

"There's also points available for every driver on the grid for half a dozen races, be it because of that race setup or reliability issues. That proposing for example, you can rip the car to shreds with that problem. I think we're going to see some reasonably dramatic finishing results."

The Formula 1 season begins on Friday on Sky Sports F1 with the Bahrain GP. Sunday's race starts at 3pm. Find out more & subscribe.[1]

&#039;Thanks for ruining my evening!&#039; Tuchel told of new Chelsea sanctions