Body of British businessman, 59, is found in a car submerged in a reservoir three months after he went missing in Spain

The body of a British businessman has reportedly been found in a car submerged in a reservoir three months after he went missing in Spain.

The 4x4 that reportedly belonged to the 59-year-old was found by fishermen before being pulled ashore by divers, police said.

An appeal for information was issued by the local police after Mr Walker disappeared around March 4.

Authorities received a call after a vehicle was seen in the water at the Civan reservoir in Caspe, Zaragoza, at around 1.30pm. 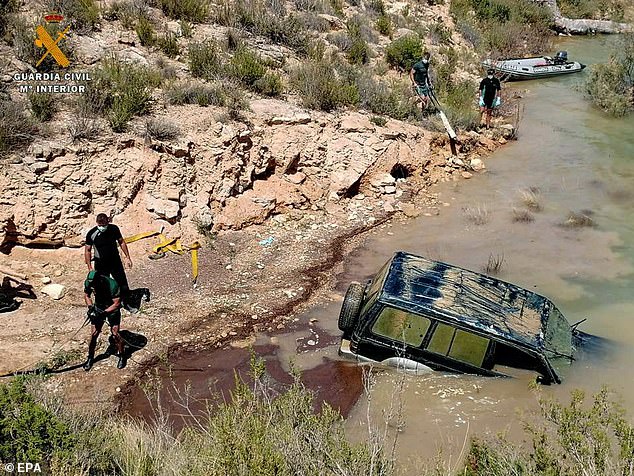 Spanish Civil Guard officers and specialist divers working to pull a vehicle from the reservoir in Civan, Zaragoza, Spain after it was seen by fishermen

When the Guardia Civil arrived, only the upper part of the vehicle could be seen poking from the water.

Specialist divers found the SUV around 200 meters from the shore and discovered a corpse inside the vehicle, according to Spanish police.

Through the licence plate and model of the vehicle it was found to belong to a British national who disappeared at the beginning of March.

The car was re-floated using balloons and the body was been transferred to the Institute of Legal Medicine in Aragon.

Martin Walker runs Catfish Capers, a fishing tour business that operates on the River Ebro in the Zaragoza town of Caspe in northern Spain, where he is said to have lived for around 15 years. 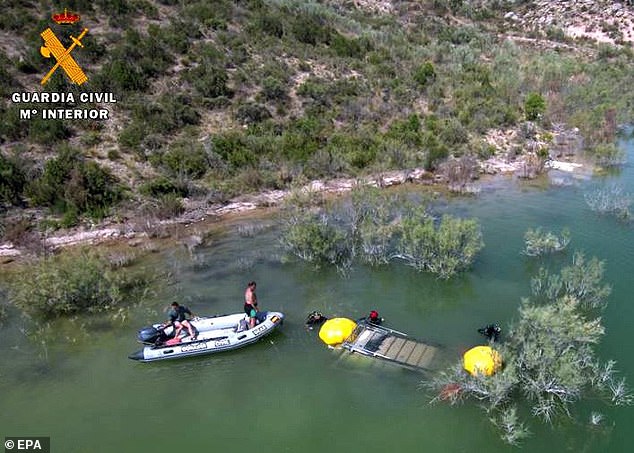 His last known sighting was at the Jolly Fisherman pub in Caspe, according to Spanish media reports.

His son Jonny Walker told Angler's Mail not longer after his disappearance that when his father went missing a company vehicle was also unaccounted for.

Authorities said the body appeared to be of a male and 59 years of age, but full identification from forensic examinations and DNA analysis has yet to have been made.

Jamie Oliver spotted for the first time since collapse...