Last Updated: 16/11/20 9:45am New Orleans Saints quarterback Drew Brees is set to undergo an MRI on the rib injury which forced him to sit out the second half of Sunday's 27-13 victory over the San Fr 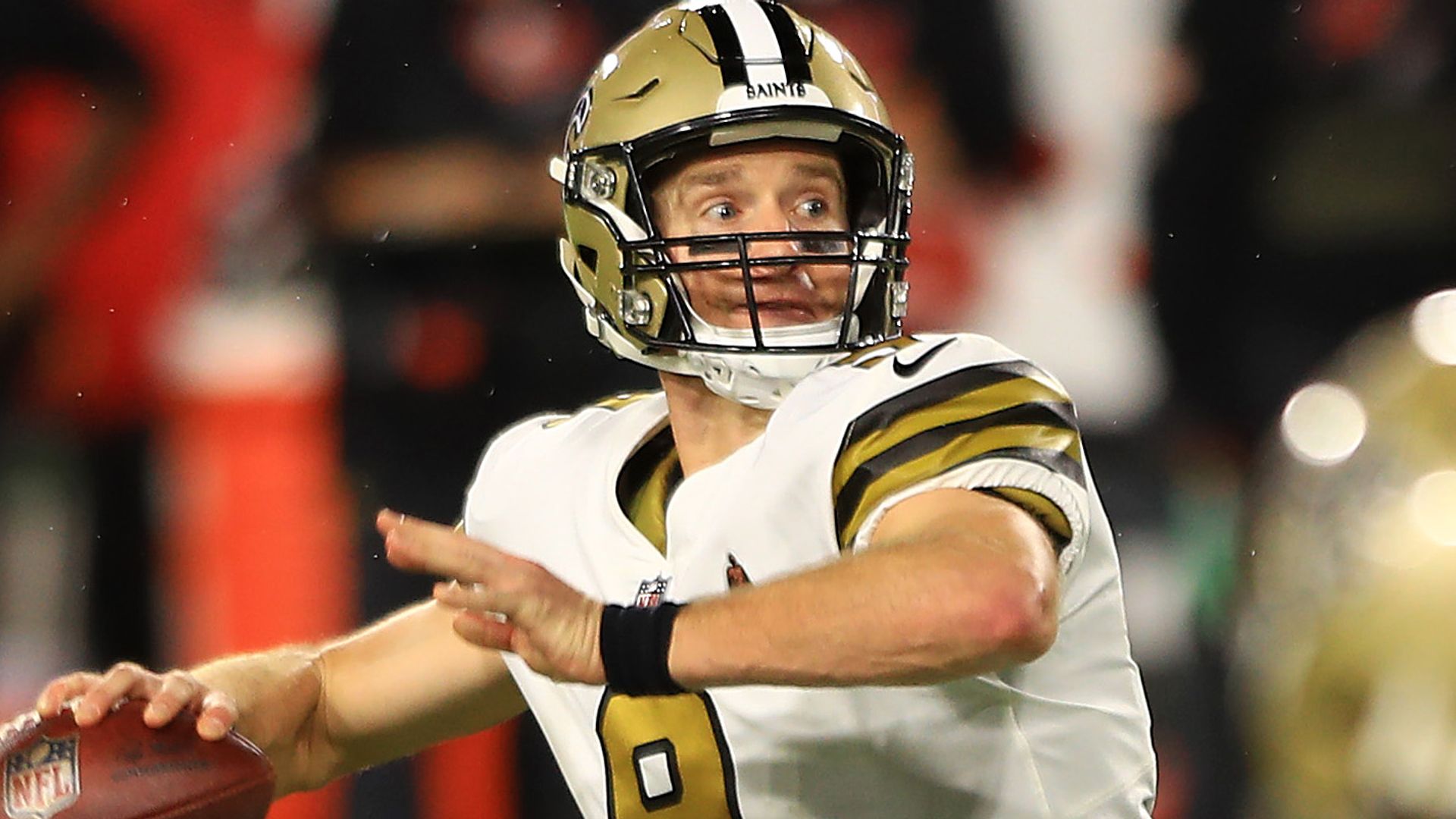 Carolina Panthers quarterback Teddy Bridgewater sustained a knee injury in Sunday's 46-23 loss to the Tampa Bay Buccaneers and was unable to finish the game; injury not thought to be serious, according to NFL Network; Bridgewater yet to be ruled out of Week 11

New Orleans Saints quarterback Drew Brees is set to undergo an MRI on the rib injury which forced him to sit out the second half of Sunday's 27-13 victory over the San Francisco 49ers.

Brees sustained the injury when he was sacked by 49ers defensive end Kentavius Street in the second quarter, who was flagged with roughing the passer on the play. He finished the remainder of the half but was unable to continue in the second.

Saints head coach Sean Payton confirmed Brees is set for further assessment this week to determine the severity of his injury. It is unclear, at this stage, whether he will return against the Atlanta Falcons for Week 11.

"He took a heavy shot in the first half. As he came out in the second half, he felt it was really impacting him," Payton told reporters. "So, specifically, he'll get an MRI and X-Rays. His back felt sore. As he tried to throw, he just came up to me and said, 'Hey, I don't feel like I'm capable of playing.' And so, quickly, we made the switch and, you know, that happens sometimes.

"He felt strong enough about letting me know and I know when he does that, which is probably gonna be the first time in 15 years, that it was significant enough where he felt like he couldn't function in the second half."

Carolina Panthers quarterback Teddy Bridgewater sustained a knee injury in Sunday's 46-23 loss to the Tampa Bay Buccaneers and was unable to finish the game.

The initial thought is that the injury is not a serious one, according to NFL insider Ian Rappaport, who also reported Bridgewater underwent an MRI on Sunday to further gauge the severity of the problem. He added Bridgewater has not yet been ruled out of Week 11.

Bridgewater exited the game in the final stages of the fourth quarter after being sacked by Jason Pierre-Paul.

Panthers coach Matt Rhule said: "When it comes to knees and stuff like that, I never know. I don't have a feel one way or the other. I have no idea."