Cometh the hour, cometh the man. There cannot be many better occasions to record your first triple-double. Timing, as they say, is everything. With Chris Paul missing Game 1 - he's still in the NBA's 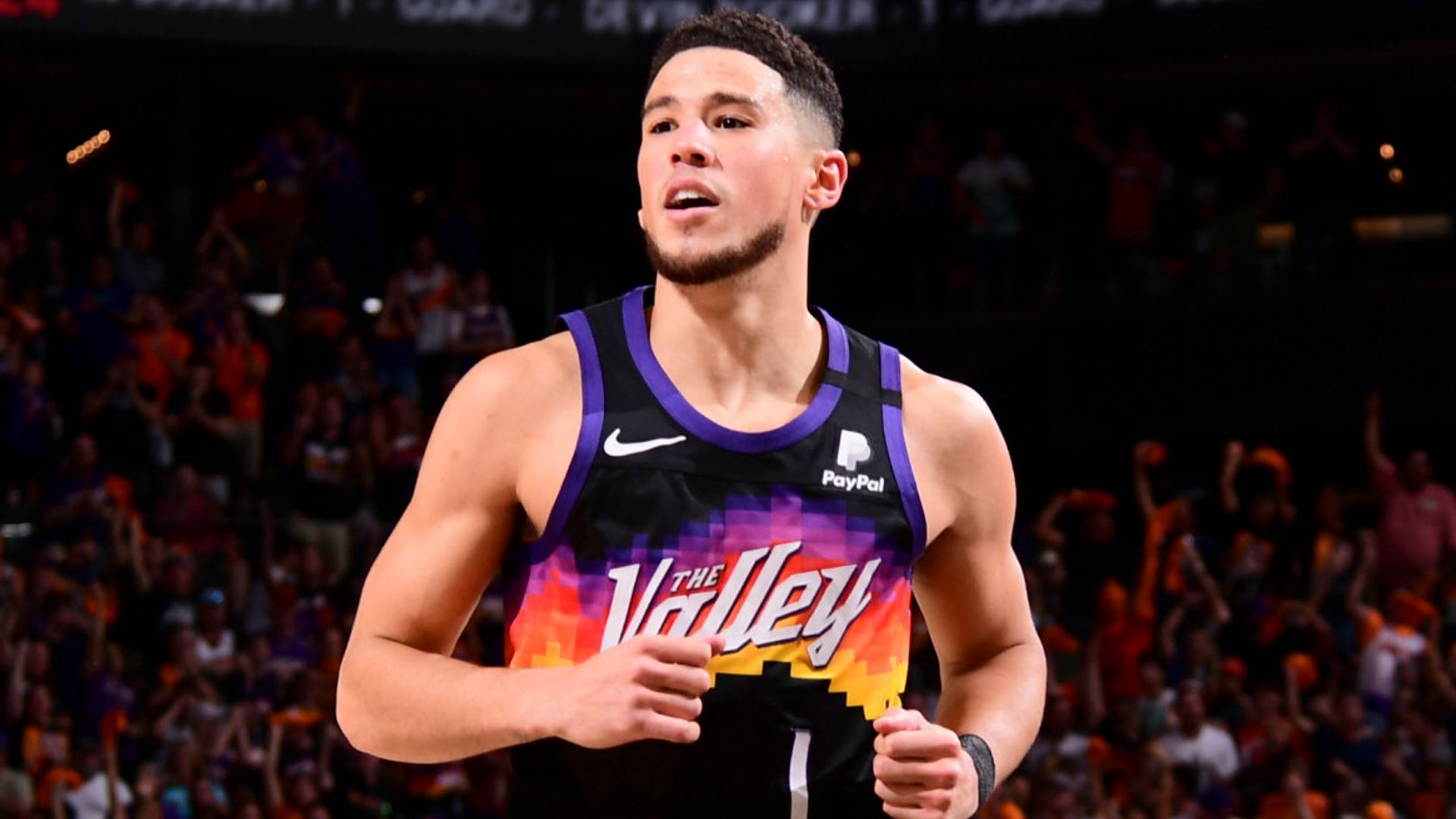 Cometh the hour, cometh the man. There cannot be many better occasions to record your first triple-double. Timing, as they say, is everything.

With Chris Paul missing Game 1 - he's still in the NBA's COVID-19 health and safety protocols - it was up to Devin Booker to lead the Phoenix Suns in his first Conference Finals appearance.

And lead he did, to the tune of a 40-point, 13 rebound and 11 assist triple-double, more than enough flamethrower midrange scoring, selfless playmaking and overall court dominance to make up for the Point God's weighty absence.

It's easy to forget this is the 24-year-old's first run under the bright lights of the NBA's postseason, where careers and reputations are so often forged or shattered. Booker looks every bit as though he belongs here, as does his partner in crime: the frontcourt force of nature Deandre Ayton.

The Suns' big man had 20 points, 9 rebounds and 2 assists, perhaps paling in comparison to Booker's star turn, but was a matchup nightmare throughout for the Los Angeles Clippers. Their bigs, including the bulldozing DeMarcus Cousins (11 points in his first five minutes, scoreless after that) and the more subtle Ivica Zubac (9 points, 3 rebounds) were no match for their younger, quicker and stronger counterpart.

It also meant that when the Suns fizzed the ball around the perimeter, it left two of the Clippers' most leaden-footed players trying to close out in the corner - a recipe for disaster against shooters this good. Head coach Ty Lue's best bet was to go small with Nicolas Batum at center, but even that had its drawbacks, as Ayton bullied his way into the paint for rim-rocking dunks seemingly at will.

To their credit, the Clippers took Phoenix all the way, as Paul George once again lived up to his 'Playoff P' billing. Without Kawhi Leonard alongside him, out for the foreseeable with a knee injury, George scored in bunches for 34 points on the night. Reggie Jackson, continuing his fine run of form this post-season proved a worthy sidekick, going for 24 himself, including a number of timely buckets to halt Phoenix runs in their tracks.

In the end though it was Booker that proved the difference, pouring in 16 consecutive points in the third quarter to blow the roof off the Phoenix Suns Arena right when it looked as though George and the Clippers were taking over.

He had 29 in the second half alone and it was fitting his hands snatched down the clutch rebound to seal things after Batum's desperation three rimmed out at 118-114 with seconds remaining.

There was no doubt in anyone's mind that Booker would hit both free throws to bring up his 40 and make it 120-114 at the horn. In doing so he becomes the first Sun with a 40-point playoff triple-double since Charles Barkley, and the first with any triple-double since Steve Nash. Not bad company to be in.

Game 2 is scheduled for Tuesday night in Phoenix and judging by this opening encounter, we have one hell of a series on our hands, even if it is just down to Booker and George to duel it out again once more.