By Eleanor Hayward and Sophie Borland for the Daily Mail

Up to 500 delegates voted overwhelmingly in favour of abandoning the fees at the British Medical Association’s annual conference in Belfast.

‘We are doctors not border guards,’ said Dr Omar Risk in Monday’s debate. ‘Charging migrants for accessing NHS services is a fundamentally racist endeavour – we are complicit in the oppressive regime.’

Doctors who opposed the move were booed as they spoke.

Conservative MPs said that opening up the NHS to the rest of the world was reckless when its resources were so stretched. 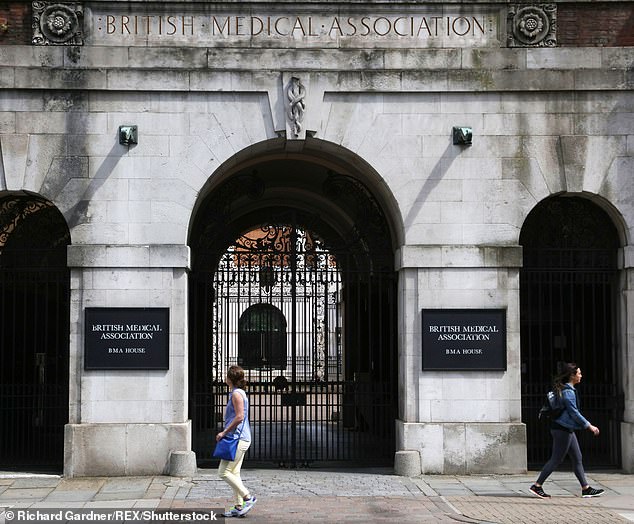 Doctors have voted to stop billing foreign patients for NHS care. Up to 500 delegates voted overwhelmingly in favour of abandoning the fees at the British Medical Association’s annual conference in Belfast. Doctors who opposed the move were booed as they spoke. (File image of the BMA)

Health tourism is thought to cost anything from £200million to £2billion a year. The BMA, which is one of the country’s most powerful trade unions, will now lobby the Department of Health to overhaul the charging system.

Although the Government sets the rules, they function only if doctors follow them.

Tory MP Andrew Percy said: ‘It is incredible that some doctors want to open up the NHS to health tourism from people overseas who haven’t paid in.

‘Perhaps instead doctors who support this could pay for the treatment of these people themselves.

‘Most people would expect our NHS services to be reserved for those who are living here permanently and who are contributing to our system.’

Fellow Conservative MP Philip Hollobone said: ‘The BMA is completely out of touch with public opinion on this issue.

‘There is nothing racist about charging international tourists for the care they receive over here. Every pound spent treating health tourists is a pound not spend on British citizens.’

Only patients ‘ordinarily resident’ in the UK – usually for at least six months – are eligible for free NHS care.

EU citizens can also get it for free, provided they have an EHIC card.

Everyone else should be charged up front before treatment begins and doctors, nurses and receptionists are legally obliged to check a patient’s status first.

The only situations where this does not apply are those involving lifesaving procedures or treatment in A&E units. GP surgeries are also free for all. 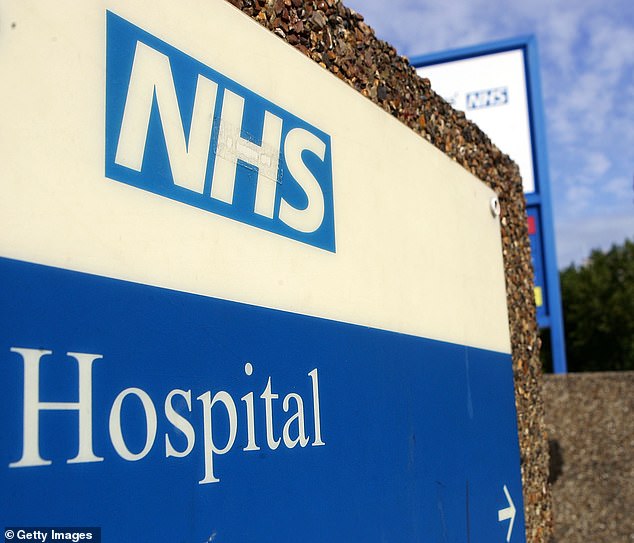 Conservative MPs said that opening up the NHS to the rest of the world was reckless when its resources were so stretched. Tory MP Andrew Percy said: ‘It is incredible that some doctors want to open up the NHS to health tourism from people overseas who haven’t paid in. Perhaps instead doctors who support this could pay for the treatment of these people themselves'

But the rules will work only if doctors cooperate, particularly as they hold so much authority in individual hospitals and departments.

In the BMA debate on the issue on Monday night, a motion was proposed arguing that it was ‘not cost effective to monitor eligibility for NHS Care’. It called for ‘the policy of charging migrants for NHS care to be abandoned and for the NHS to be free for all at the point of delivery’.

Dr Jackie Appleby, who proposed the motion, said charging immigrants for NHS care was a form of ‘racial profiling’ and not cost-effective.

She said: ‘The cost of treating migrants and overseas visitors on the NHS is a drop in the ocean compared to the overall budget. The cost of health tourism is disputed. It’s peanuts in the grand scheme of things.’

He said: ‘The message coming from the BMA is ... get on the plane, get on the boat because you will get treatment on the NHS for nothing.’

Dr Duried Syad Ali, also opposing the motion, said: ‘Every year we complain about a lack of resources and complain about how much pressure the NHS is under.

'Health tourism': What are the rules?

What is ‘health tourism’?

This is when patients who are not entitled to free NHS care are treated without paying their bills. It covers short-term migrants, holidaymakers and foreigners who deliberately target the NHS. The exact cost is put between £200million and £2billion a year.

What are the rules?

Only patients who are ‘ordinarily resident’ in the UK are entitled to free care, which usually means being here for at least six months. This excludes care in A&E units and GP surgeries which are free for everyone. In all other situations, staff are legally obliged to check eligibility. Anyone who isn’t eligible for free care should be invoiced.

What about EU citizens?

Staff should record details and the Government will then invoice their member state. But the UK is notoriously inefficient at billing or collecting the cash. Other EU member states are better at charging the UK.

Who enforces these rules?

Hospitals are meant to employ officers to collect bills. But not all do and others have only one or two staff to check thousands of patients.

What if patients don’t pay?

What is the BMA doing?

It has voted to abandon the policy of charging overseas patients for free treatment. The union will now lobby for a change in the law. If this does not happen, doctors may decide to ignore the rules anyway.

‘But this motion is putting more pressure on the NHS and depriving it of possible resources. Accepting this motion is sending the wrong message to the world, inviting everyone to free health care.’

The motion was overwhelmingly passed.

Dr John Chisholm, who chairs the BMA’s ethics committee, said yesterday that members felt strongly that NHS care must be free at the point of delivery.

He added: ‘Charges deter people from seeking the care they need; this damages not only their own health but may have implications for public health too.’

The BMA will now urge the Department of Health to consider abandoning charges altogether or at least reducing the costs for certain foreign patients.

Two years ago a scathing report by the Commons public accounts committee revealed that hospitals were failing to identify health tourists let alone charge them for treatment.

The findings prompted the Department of Health to issue new guidelines in October 2017 requiring staff to check all patients status beforehand.

Many hospitals will ask to see passports or utility bills to confirm patients have been living here for at least six months.

Patients who admit they are not ordinarily resident or refuse to provide documentation should be taken into a side room and interviewed by an overseas visitor officer.

They will be asked further questions to ascertain if they are from the EU and if so, the Government will bill their member state. Otherwise patients will be given an invoice for the course of treatment and if they do not pay up, staff should refuse to provide care.

But the cooperation of doctors is required because they are usually the most senior members of the ward or department.

The NHS is facing an unprecedented financial crisis due to the ageing population, the toll of lifestyle-related conditions such as obesity and diabetes and the cost of expensive new drugs.

A Department of Health spokesman said: ‘British taxpayers support the NHS, and it is only right that overseas visitors also make a contribution to our Health Service so everyone can receive urgent care when they need it.

‘We have exemptions in place to protect public health and the most vulnerable patients.’

Council apologises to family after putting skip on dad's...