Billy Burns and James Lowe to miss out on Ireland's Autumn Nations Cup match against Scotland; The pair both have groin injuries; Captain Johnny Sexton and centre 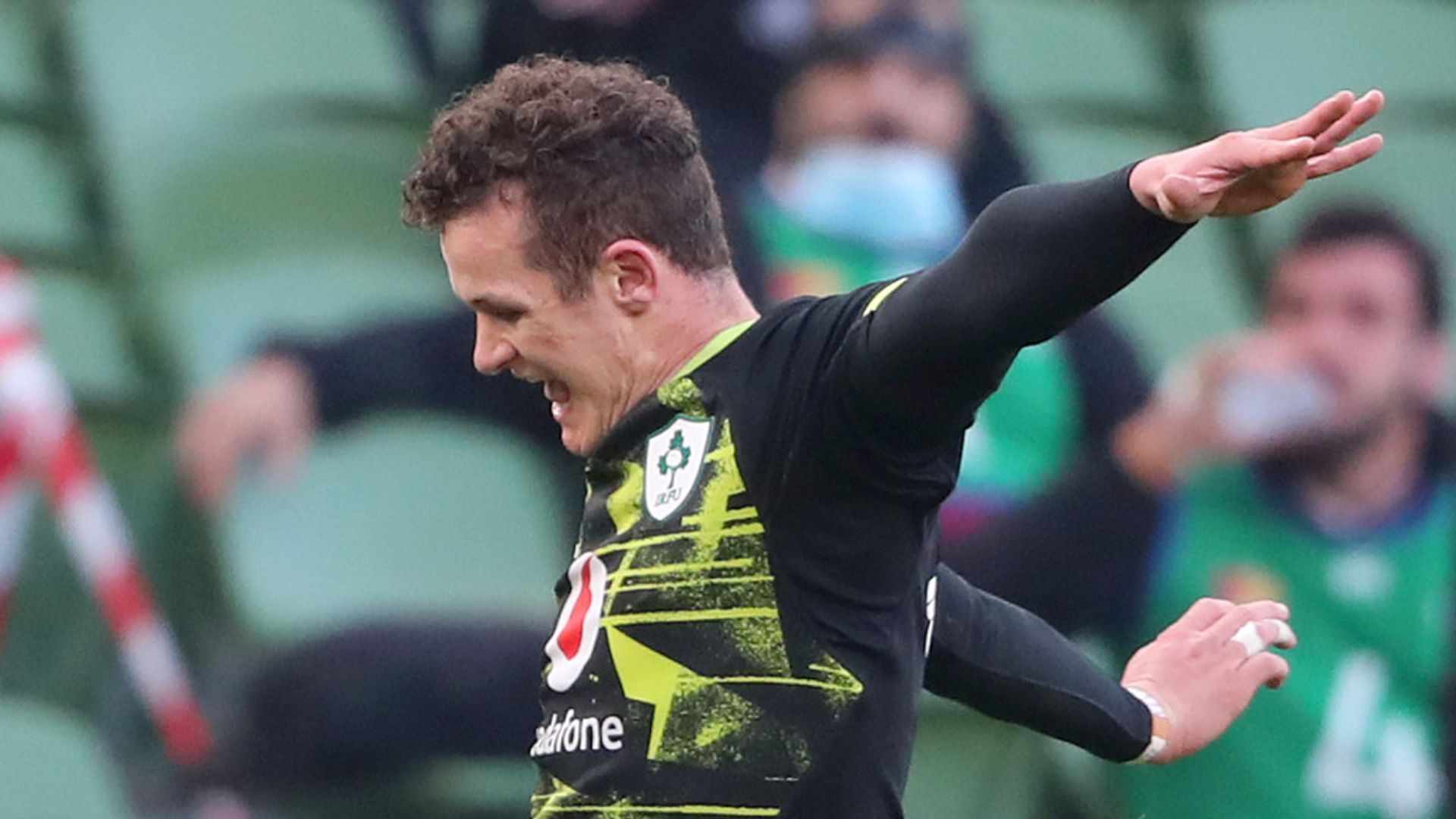 Billy Burns and James Lowe to miss out on Ireland's Autumn Nations Cup match against Scotland; The pair both have groin injuries; Captain Johnny Sexton and centre Robbie Henshaw expected to be available for the game at the Aviva Stadium.

Billy Burns and James Lowe have been ruled out of Ireland's Autumn Nations Cup third-place play-off with Scotland through injury.

Fly-half Burns has not recovered from the groin issue which cut short his try-scoring full international debut against Georgia on Sunday.

New Zealand-born winger Lowe missed the 23-10 victory over the Lelos and will be absent again this weekend, also due to a groin problem.

Captain Johnny Sexton and centre Robbie Henshaw should be in contention to play on Saturday in Dublin having returned to training following their respective hamstring and groin injuries.

Head coach Andy Farrell is seeking a positive end to 2020 following a series of inconsistent performances during the first year of his tenure.

Flanker Will Connors will continue to be monitored after being forced off for a head injury assessment last weekend.

Prop Ed Byrne will remain out due to an ongoing calf issue, while uncapped duo Harry Byrne and Eric O'Sullivan are training with the squad this week.

Burns, Lowe ruled out of Ireland&#039;s clash with Scotland