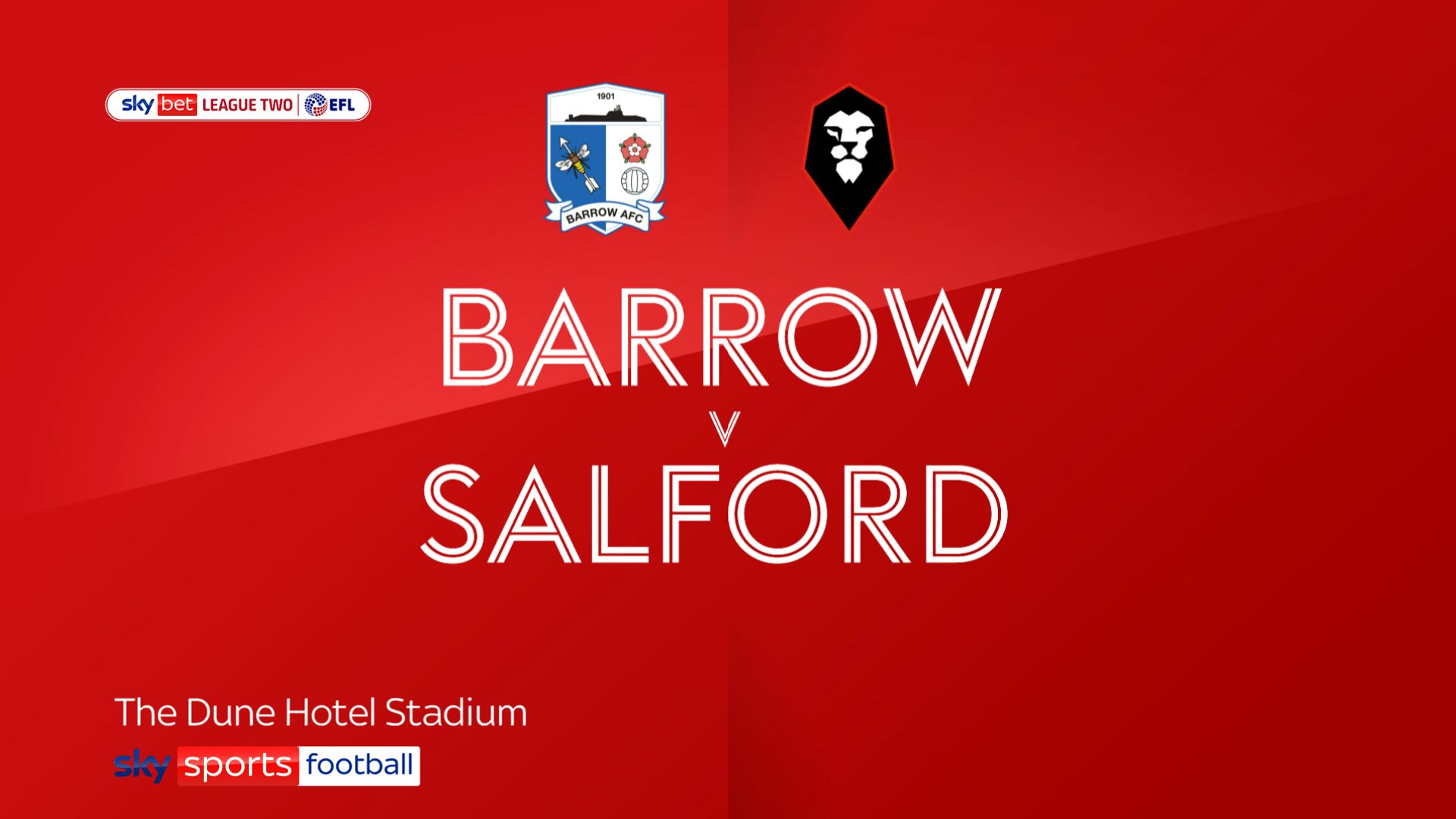 Smarting from last Saturday's 3-0 home defeat by Colchester, this was the perfect response by Gary Bowyer's side, who move into the top half of the table.

Hunter netted the winner when the sides met at Holker Street last December but had not found the net this term until firing in his 59th minute 20-yarder.

However, a Bluebirds side without a home win in 2022 laboured to make any other decent chances.

Substitute Stephen Kelly was denied by keeper Paul Farman in stoppage time, but Salford achieved a second goal their performance deserved when Hutton slid the ball beyond Farman in the closing stages.

Barrow remain fourth bottom but have now lost three successive league games at Holker Street and are struggling for form and confidence. Salford move up to ninth, four points off the play-offs.