England head coach Eddie Jones was pleased to see his side hold off Wales to book their Autumn Nations Cup final place, while Wales boss Wayne Pivac was left frust England head coach Eddie Jones was pleased to see his side hold off Wales to book their Autumn Nations Cup final place, while Wales boss Wayne Pivac was left frustrated by some refereeing decisions which went against them

An 11-7 lead failed to reflect the visitors' control of the first half and a hard-fought third quarter was fraught with danger as Wayne Pivac's men threatened a comeback when successive Dan Biggar penalties reduced the deficit to 18-13.

But England powered home through the boot of Owen Farrell to secure their place in the Autumn Nations Cup final, which will be played in front of 2,000 fans at Twickenham next Sunday.

"At half-time it could have been a 'Psycho' horror movie," head coach Jones said. "The woman goes to the shower and you know what's coming from behind the shower curtain.

"Wales did a few things at the end of the first half to put us off our game and then we had a choice at half-time of how we would react. Would we allow them to continue to do that or do we stick to our game?

"The boys showed really good tactical discipline to stick to our game. We had one little wonky period for around 10 minutes in the second half but generally we had game control so I was really pleased about that."

England's last defeat was against France at the start of the 2020 Six Nations - a competition they subsequently won - and since then they have compiled a series of solid if unspectacular wins. 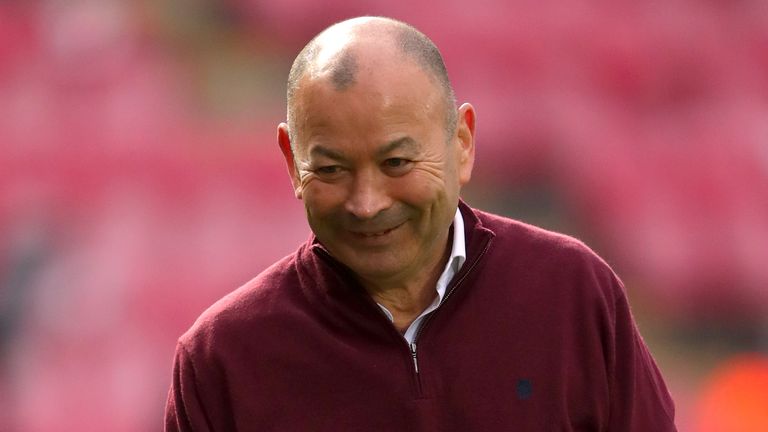 At half-time it could have been a 'Psycho' horror movie. The woman goes to the shower and you know what's coming from behind the shower curtain.

Jones, who saw Henry Slade and Mako Vunipola touch down for his pre-match favourites, wants to end the year with a bang.

"We don't feel like we've played our best rugby yet so it's our last game," Jones said. "It's our grand final of 2020 and we want to make sure we put on our best performance.

"We want to make sure we put on a performance that lights up people's eyes when they sit there and they look at the team and they want to be part of the team."

Pivac was particularly bemused by the French official's decision to over-rule the television match official's call that Dan Biggar has been taken out in the air in the build-up to England's first try.

The New Zealander was also left frustrated by his side being penalised for scrum offences on several occasions.

"We were probably a bit disappointed going in at half-time," Pivac, who added he would raise these issues with World Rugby, said. "The 11 points are probably ones that we would argue the toss with.

"Dan Biggar was tackled in the air, and a try came from that. The TMO called in to say it was a tackle in the air, but the referee played on. 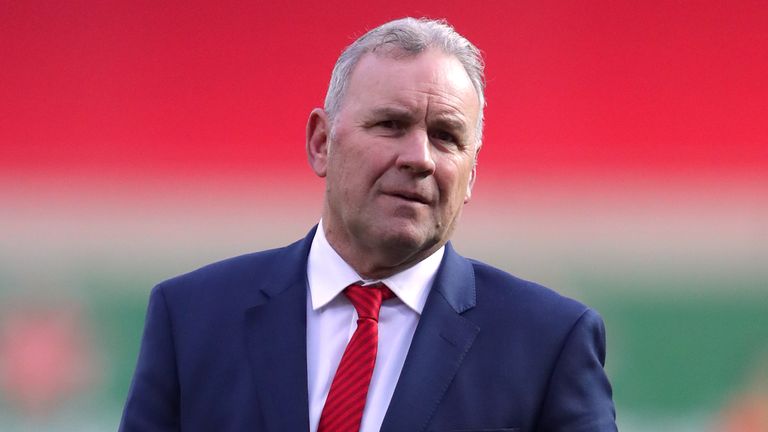 We were probably a bit disappointed going in at half-time. The 11 points are probably ones that we would argue the toss with.

"We then asked for him [Poite] to have a look before the conversion was taken, but our captain was dismissed 20 metres away.

"That was disappointing, and the scrums also need to be tidied up. There are a lot of resets and a lot of scrum penalties being awarded, and in some cases, we think, wrongly so."

Overall it was a much-improved performance by Wales, but ultimately they were unable to threaten a team currently seven places above them in the world rankings.

"We asked for a lot of energy, we asked for a bit of passion," Pivac said. "We wanted to start well and I think we got the good start after weathering the storm, with the breakout try."

Arsenal sell out 2,000 tickets for Rapid Vienna in 20 mins