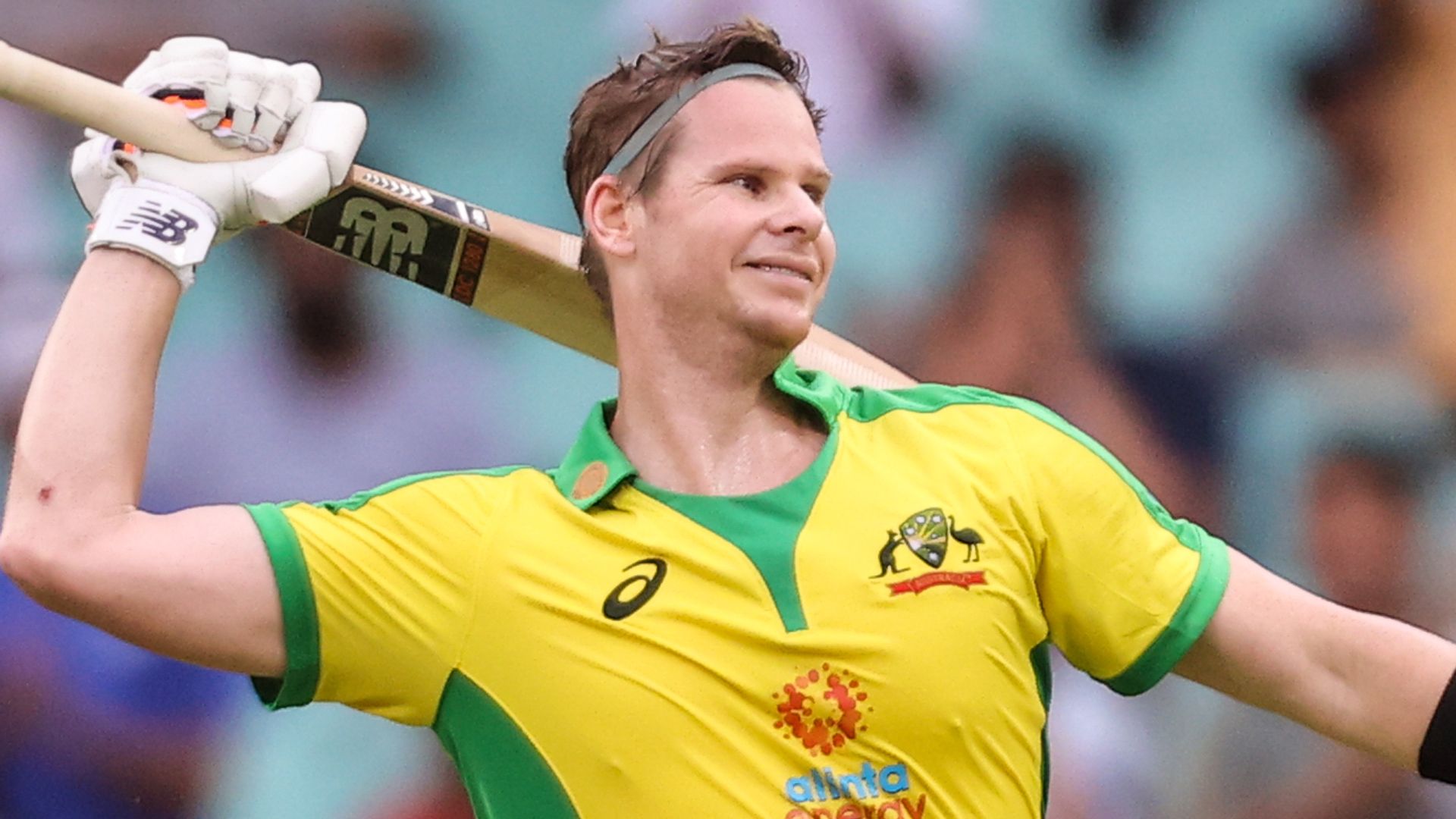 David Warner, Aaron Finch, Marnus Labuschagne and Glenn Maxwell all struck half-centuries in Australia's highest ODI total at the Sydney Cricket Ground; Virat Kohli's knock of 89 was not enough to rescue India from a 51-run defeat

Steve Smith scored a second straight 62-ball century with his 11th ODI ton, propelling Australia to a series win over India with a game to spare.

Smith followed his total of 105 in Sydney on Friday with a knock of 104 from 64 balls at the same venue as the hosts piled on an imposing 389-4 to set up their 51-run success.

David Warner (83), Aaron Finch (60) and Marnus Labuschagne (70) also carded half-centuries for Australia before Glenn Maxwell tonked 63 not out from 29 balls at the end.

Despite captain Virat Kohli's knock of 89 from 87 balls, India were unable to get near that daunting target, finishing on 338-9 in reply.

Australia will now be looking to secure a clean sweep by winning Wednesday's final ODI in Canberra, ahead of three T20 internationals which start on Friday.

However, Warner could be doubtful for the Canberra clash after he limped off with a groin strain early in India's reply, landing awkwardly as he dived to intercept a drive from Shikhar Dhawan.

India's seamers all took some punishment after Finch won the toss and chose to bat, with Warner and the skipper rattling along at better than a run a ball in their opening partnership of 142.

Mohammad Shami (1-73) made the breakthrough, inducing a leading edge from Finch that sailed to mid-off and Warner soon followed, failing to make his ground as Shreyas Iyer scored a direct hit with his throw from the deep.

However, Smith and Labuschagne pressed the accelerator in a stand of 136 from 95 deliveries, with the former hitting 14 fours and two sixes before he miscued Hardik Pandya (1-24) to short third man.

Maxwell's quickfire half-century maintained Australia's momentum, with the final 10 overs going for 114 as they posted their highest-ever ODI total at the SCG.

India's openers built a solid platform in reply, Dhawan (30) and Mayank Agarwal (28) adding 58 from 46 balls, only for both to depart inside successive overs.

Kohli took up the baton, sharing sizeable partnerships with Iyer (38 from 36) and KL Rahul (76 from 66) before he fell to a stunning catch by Moises Henriques, diving to his left at midwicket to gather a full-blooded pull off Josh Hazlewood.

Rahul did his best to keep India's hopes alive with a flurry of sixes but, once he was caught swinging across the line at Adam Zampa (2-62), there was no way back for the tourists.

Pat Cummins (3-67) picked up two wickets in as many balls towards the end as Australia wrapped up a comfortable victory.

Botham&#039;s grandson called up by Wales