'You f***ed up, you should have killed me': Acid victim 'vows revenge' on pair who hurled corrosive liquid on him in terrifying acid attack

By Stefan Boscia For Mailonline 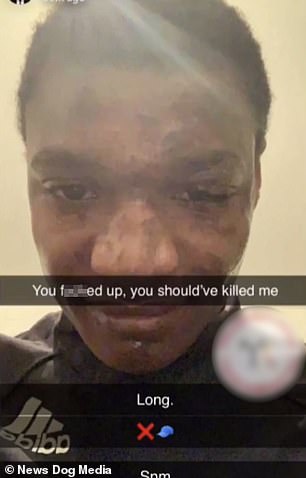 Further footage has emerged of a recent acid attack – as well as an alleged 'revenge selfie' by one of the victims.

In the newly released video, two thugs are seen throwing acid at the men in the car before driving off in their own vehicle.

After the appalling attack, the pair of thugs then rush back into their own Volkswagen car and swiftly drive away from scene.

One of the alleged victims has now published a selfie on Snapchat vowing to take revenge on his attackers.

In the claimed 'revenge post', the supposed victim is seen smiling calmly at the camera with the caption 'You f***ed up, you should've killed me…. Long.. Snm'.

'Snm' is a slang abbreviation for 'Say no more'.

There are also emojis of a red cross followed by baseball cap in the photograph. 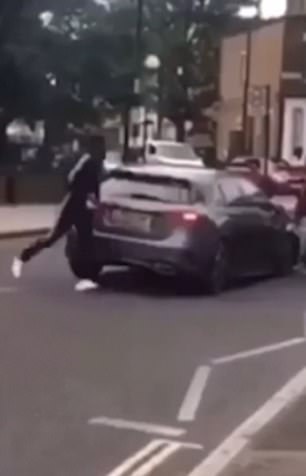 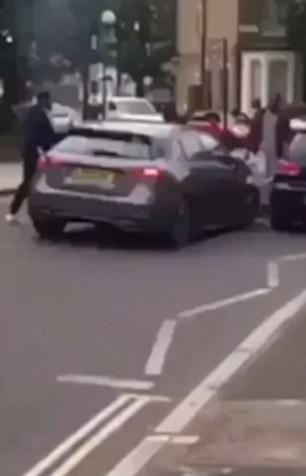 The viral selfie has been shared by several pages across social media.

An original video, which went viral on Saturday, shows the aftermath of the acid attack with the screaming victims writhing around in agony in the middle of the road.

The two victims were filmed frantically getting out of their car and flailing around in agony as the acid burns their skin.

The men were taken to hospital with burns after police were called to Hackney Downs, London at 7.21pm on Friday following reports of a corrosive substance being thrown at the individuals in their car following a chase.

The two males are believed to be in a non-life threatening condition in hospital and no arrests have been made so far. 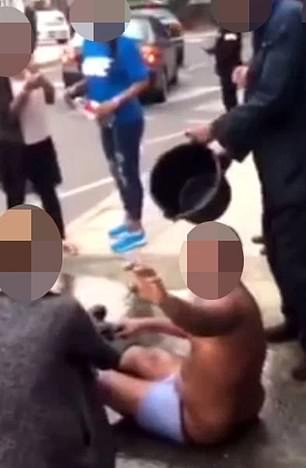 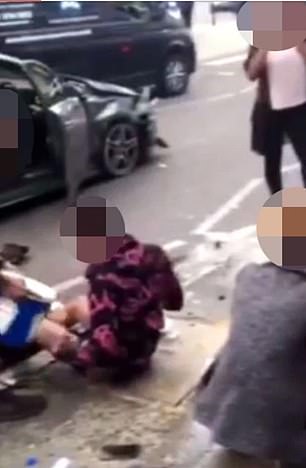 A video was released on Saturday showing the aftermath of the attack. Bystanders came to help the pair in the footage 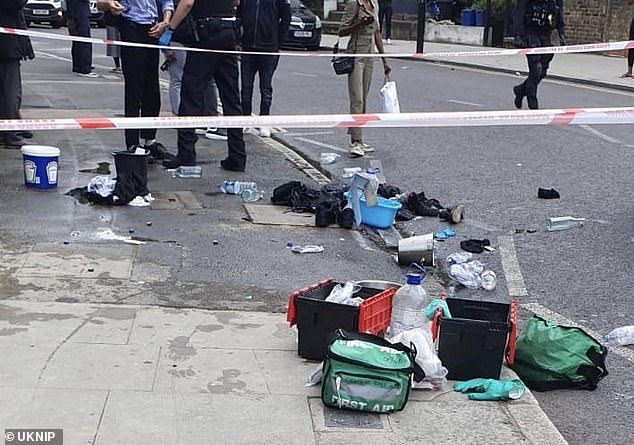 'Both injured males were taken to east London hospitals where their condition was assessed as non-life threatening.

'Officers from Hackney are investigating. No arrests have been made.'

Bolton Warns Iran Not to Mistake US 'Prudence' for Weakness

'Credible evidence' that Saudi prince was behind Khashoggi...