Wife of 'doting dad' who was run over and killed with their son, 15, daughter, 12, and Yorkshire terrier Troy on Father's Day tells how her 'world has been turned upside down' as police continue to qu

Wife of 'doting dad' who was run over and killed with their son, 15, daughter, 12, and Yorkshire terrier Troy on Father's Day tells how her 'world has been turned upside down' as police continue to quiz 'drink driver'

By James Robinson for MailOnline

The wife of a 'doting dad' who was struck and killed along with his two young children in a crash involving a suspected drink-driver has today paid tribute, saying her 'whole world has been turned upside down'.

A 47-year-old has been arrested on suspicion of drink-driving and three counts of causing death by dangerous driving. He is still being questioned by police.

In a statement released by Cumbria Police today, the family paid tribute to 'fitness mad' dad Joshua and his two children.

In the statement, they said: 'From the minute we received this terrible news our whole world has been turned upside down and no words can describe how devastated we are feeling.

'We are utterly heartbroken and upset by the loss of Joshua, Coby-Jay and Skylar. 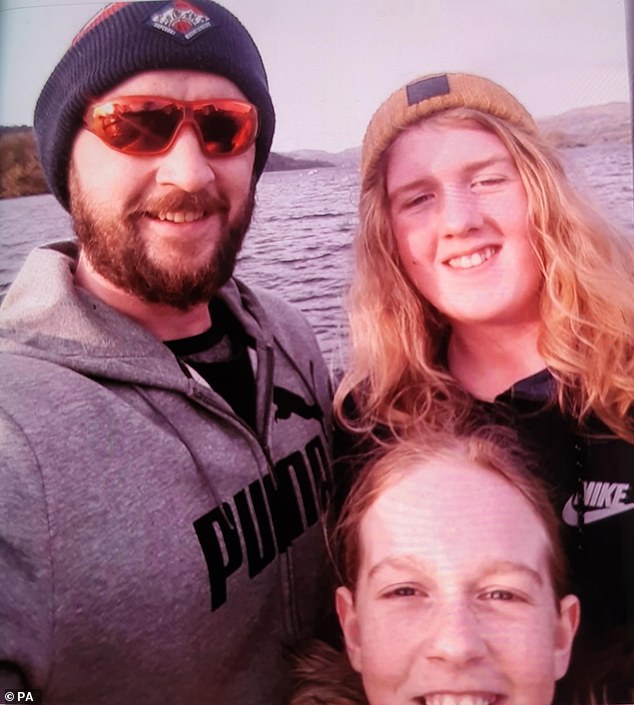 Joshua James Flynn, 37, his son Coby-Jay Flynn, 15, and daughter Skylar Flynn, 12, were struck and killed as they enjoyed a 'Father's Day walk' in Dalton, Cumbria 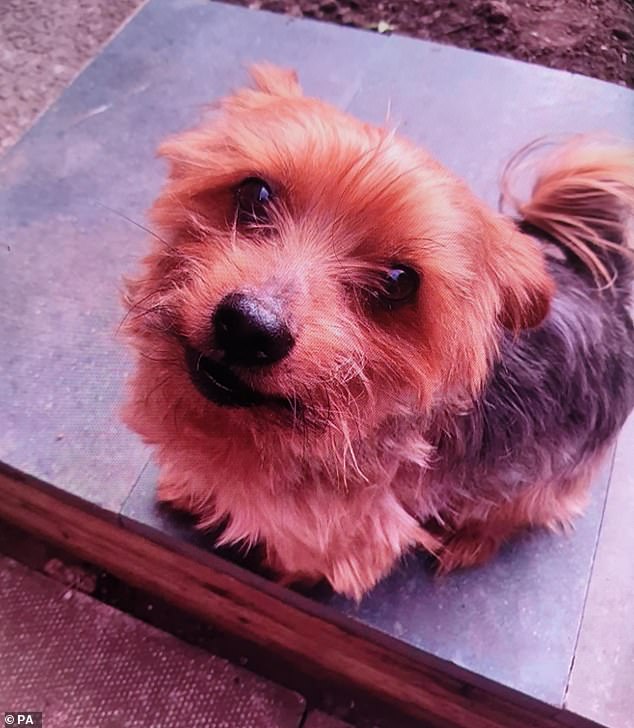 The family's beloved dog, Troy, descibed in the tribute as 'another member of the family' also died in the crash

'Joshua was a family man and a good guy. He would do absolutely anything for anyone and was a genuine, lovely man. He was a loving husband and doting dad.

'Joshua was fitness mad and loved going to the gym and exercising.

Speaking about Coby-Jay, the family said: 'He was a typical teenager, obsessed with computers and computer games, in particular his Nintendo.

'He was a lovely young man, kind, happy and upbeat.

On Skylar, they added: 'She was like any young girl at the moment was Tik Tok mad.

'Like her brother, she enjoyed playing on computer games in particular Roblox - exchanging pets.

'She was always so happy with a lovely smile on her face.'

The family also paid tribute to Yorkshire terrier Troy, who was described as 'another member of the family' and 'such a good and well behaved lad'.

It comes after the 'heartbroken' brother of the father-of-two paid tribute to him, as a fundraising page raised more than £30,000.

Earlier this week, Mr Flynn's brother, Matthew, paid an emotional tribute on Facebook, accompanied with a picture of the two of them together as children.

He said: 'This is how I will always remember you Josh. 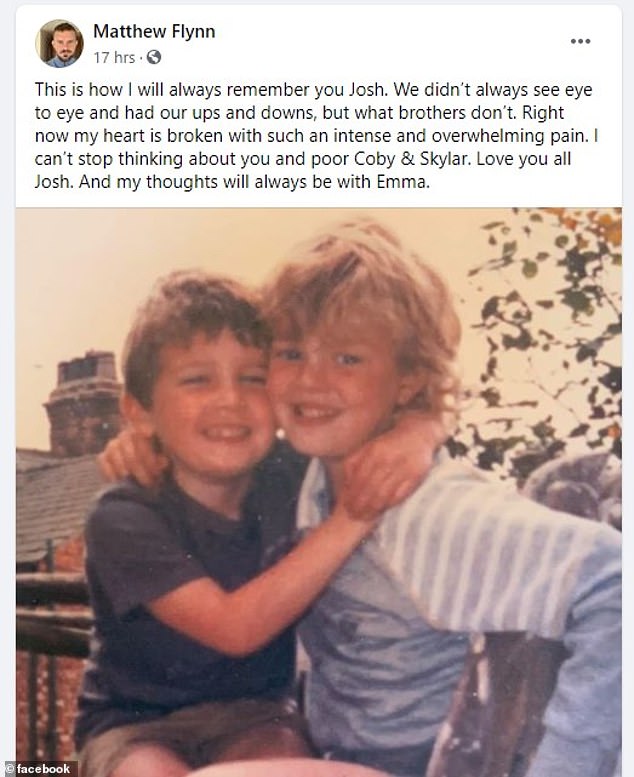 The brother of Joshua Flynn, the man who died along with his son and daughter after being struck by a car in Cumbria on Sunday, has paid tribute to him today 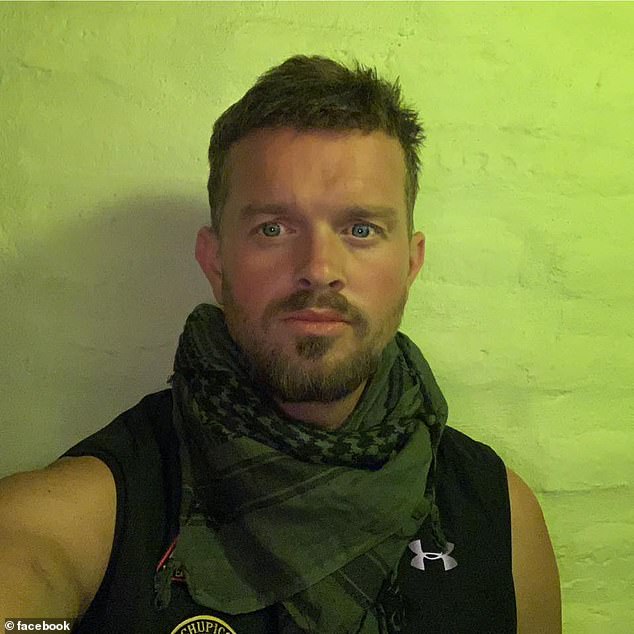 Matthew Flynn (pictured) paid an emotional tribute on Facebook, accompanied with a picture of the two together as children 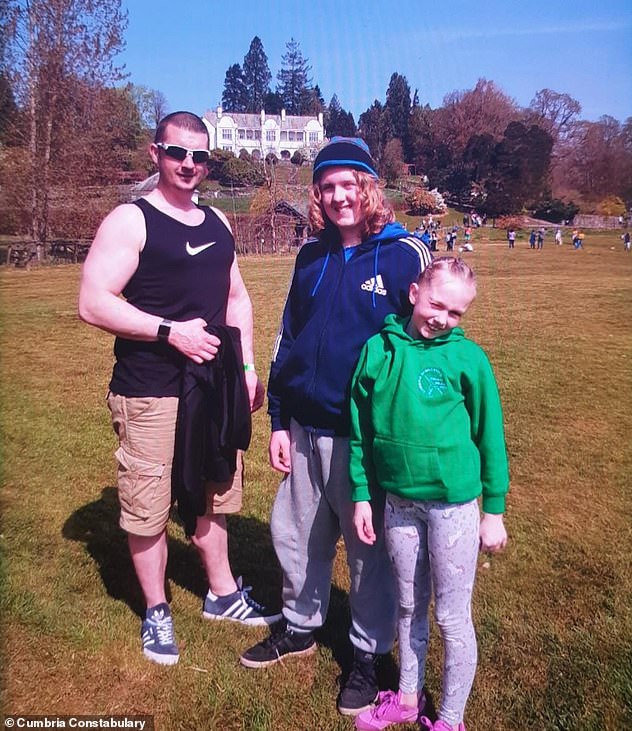 'We didn't always see eye to eye and had our ups and downs, but what brothers don't.

'Right now my heart is broken with such an intense and overwhelming pain.

'I can't stop thinking about you and poor Coby and Skylar. Love you all Josh. And my thoughts will always be with (his wife) Emma.'

Following the tragic news of their deaths, a fundraising page was launched to support Mr Flynn's widow, named on the JustGiving page as Emma Flynn.

Nicola Barnes, who knows friends of the Flynn family, described their deaths as 'devastating' and praised the community for rallying round the family.

In a post on Facebook, she said: 'It's all thanks to the whole community, and was set up on behalf of her close friends.

'I can take care of the page and her friends can more importantly be there for support.

Following the tragic news of their deaths, a fundraising page was launched to support Mr Flynn's widow, named on the JustGiving page as Emma Flynn

'It really is the most unbelievably tragic and devastating circumstances that no one should ever have to go through.

'My heart really does go out to everyone involved.'

In setting up the JustGiving page, she had earlier said: 'Everyone knows that we look after our own in Barrow, so I'm calling on the whole community to step up and let her know that we'll be with her every step of the way.

'None of us can truly comprehend what she's going through right now, which is why it's so important that we make sure she can grieve in peace without having to stress about paying for funerals or counselling.

'Nothing will make this horrendous situation more bearable for Emma, but if there's anything we can do to help, we've got a duty to at least try.'

Another commenting on the post, who donated to the JustGiving page added: 'I do not know this family, but being a mother, a wife and having had a dog the idea of all of these being taken from me at one time is heart breaking.

'I have taken flowers to the scene and donated to the fund, but nothing can make the wife, mother and dog owner feel any better.'

Others described the news as 'heartbreaking', while some praised the 'amazing support from the community'.

It comes as police yesterday confirmed the driver who had been arrested was a local man and only one vehicle, a Peugeot, was involved in the collision with the pedestrians at about 2.30pm on Sunday. 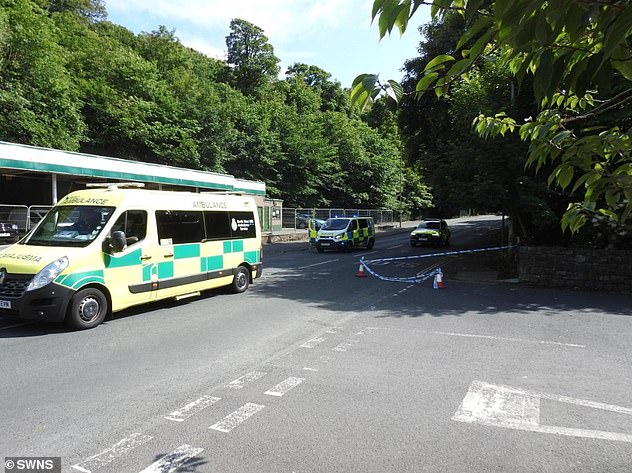 Paramedics and police at the scene of the crash on Sunday in Dalton-in-Furness, Cumbria 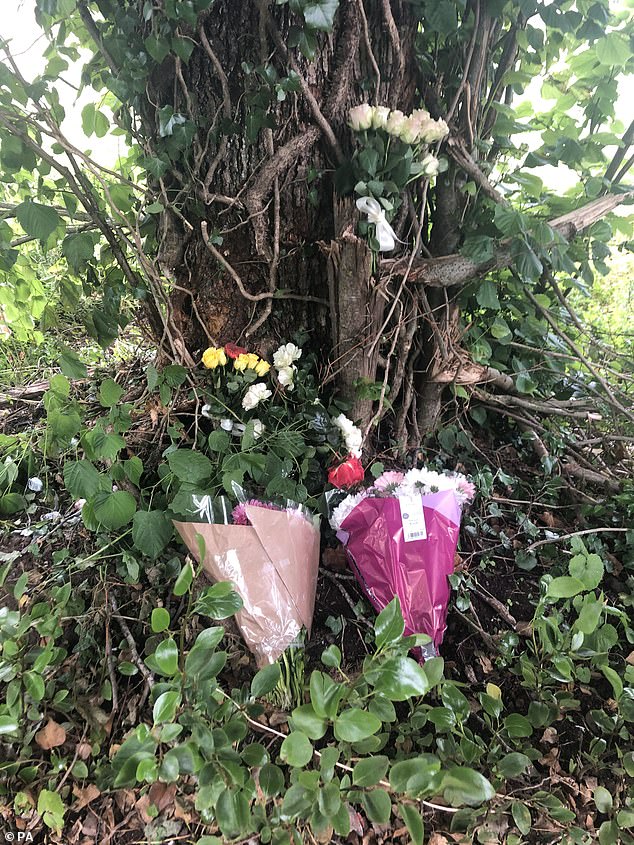 Floral tributes at the scene on Abbey Road, Dalton-in-Furness, Cumbria, where three pedestrians and their dog died in a road collision involving one vehicle on Sunday

The driver suffered non-serious injuries. Yesterday, police said he had been released from hospital and had been taken into police custody.

The victims were pronounced dead at the scene, with all three believed to be related.

The family are believed to have been out for a Father's Day walk with their dog, which also died, when they were hit by the vehicle.

The Flynn family home is an eight minute drive from the scene of the tragedy.

A neighbour said:'We have just found out what has happened and my daughter is in bits.'

Another said:'They were a nice, quiet family, who kept themselves to themselves really.

'I don't know how that poor woman is going to cope. It is just too horrible to imagine.'

Witness Ian Singleton, who saw paramedics trying to save the victims, said on Facebook: 'I was literally five to ten minutes from being involved on my bike.

'Turned up at the scene and it was like a horror movie and I'm still shook up at what I saw. My thoughts go out to the family involved.' 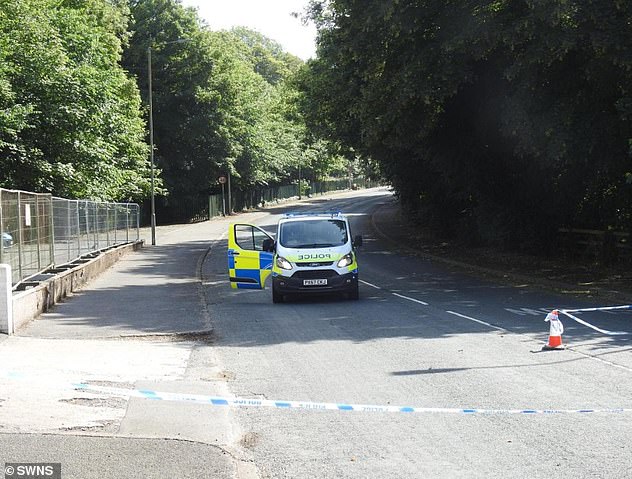 One woman, who lived near the crash scene, said: 'There's an intense sadness. It's horrific and it just feels heavy. We're in disbelief.

'Whenever something like that happened would be awful but I think the fact it was Father's Day just multiplied everything.'

Her partner, who did not want to be named, said: 'After I noticed the police I went to the top of the drive and looked down.

'I didn't see the driver of the car but the door to the car was open and it had hit a tree.

'There were emergency vehicles everywhere, police and ambulances, and the fire brigade came down later.'

A spokesman for Cumbria Police said: 'The family are currently being supported by our family liaison officers.'

Detectives are especially keen to speak with anybody who may have dashcam footage that captured the moments before and after the collision.

Businesses warned not to hike prices ahead of reopening

10,000 care home residents and staff will get monthly Covid-19 tests

The holiday guru tackles a solo trip to Brazil and more

CrossFit owner is SELLING the company weeks after stepping...

Father pays tribute to his children who died in house fire...

Why China's Looting of America Is Deadly Serious

Beijing's strategy to buy, cheat and steal its way to global dominance is working. China...

The remedies that can make your problem WORSE

The remedies that can make your problem WORSE: Our expert guide to the medicines...

Daniel Radcliffe breaks down in tears on Who Do You Think...

Daniel Radcliffe breaks down in

Star oboist is jailed for 15 days in China for drunken...

Star oboist and ambassador for t

Footfall on UK's High Streets drops by 3% in a week as local lockdown restrictions...

Father dies while grieving for son who was found dead in...

Father, 50, dies after falling i

'All he wants in return is her ongoing loyalty': Phillip Schofield is 'planning...