The REAL reason so many women are dreaming about sex

The REAL reason so many women ar

By Jo Hemmings For The Daily Mail

The way men's and women's sexually charged dreams differ is intriguing (men are likely to dream of sex with strangers and multiple partners, while women's dreams tend to feature intimacy with someone they already know).

So is the way we often act out sexual scenarios in our sleep that we wouldn't take part in when awake.

Equally fascinating — and also something to celebrate — is new research showing that today's young women are having three times as many sex dreams as their grandmothers did at a similar age. 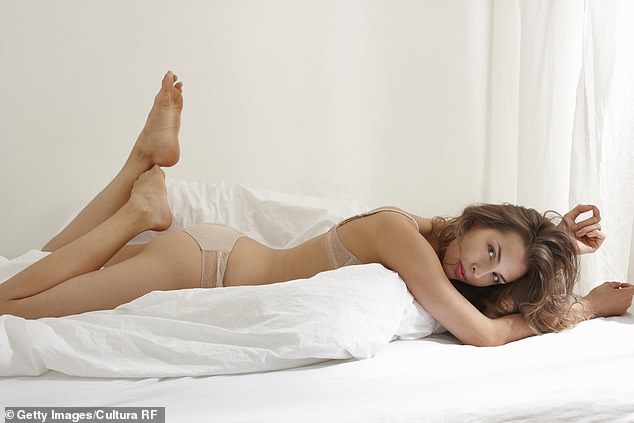 A study conducted by the University of Freiburg in Germany interviewed 2,907 men and women aged between 16 and 92 about the nature of their dreams (Stock image)

The implications of this are entirely positive, holding a mirror to the post-#MeToo societal changes that are helping women feel comfortable talking about their sexuality and taking ownership of it, even in their subconscious minds.

The study, conducted by researchers at the University of Freiburg in Germany, interviewed 2,907 men and women aged between 16 and 92 about the nature of their dreams. 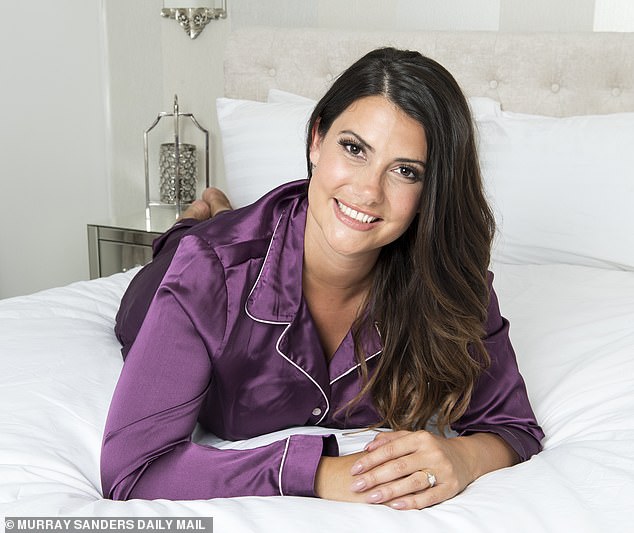 The crucial difference was that theirs disappeared into the ether as soon as they woke up. In contrast, today's young women feel entirely comfortable admitting having sexy dreams — whether to themselves or other people — which helps with remembering them in the first place.

And, of course, today we are raising our girls to be much more confident in all aspects of their lives. 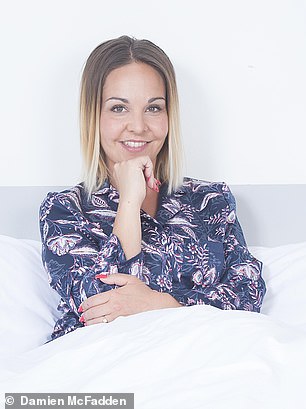 This was triple the amount their grandmothers' generation said they were having at the same age when a similar study was conducted in 1966 (Pictured, Chloe Thorpe)

They don't just demand equality in their classrooms and workplaces; they expect it when it comes to their sexual desires.

They're in tune with their bodies, aware of the great pleasure that can be had from them in a way their grandmothers simply weren't.

They're also much more likely to talk candidly to their mothers about sex, without any of the embarrassment previous generations would have felt. There's an acceptance — indeed, an expectancy — today that women will have sexual desires, so there's no need to suppress them, awake or asleep.

The dating landscape has also changed, with young women no longer waiting for men to make the first move.

This will have a natural knock-on effect on the dreams they now 'allow' themselves to have, meaning they're more likely to remember — and report — them as fun and pleasurable rather than embarrassing or awkward.

For some, their sex dream might feature someone they wouldn't fancy in real life.

Those desires are buried so deep inside us, polished away by our expectations of how a man should be to such an extent that our conscious selves have forgotten we ever thought that way. And so their only outlet now is in our dreams. 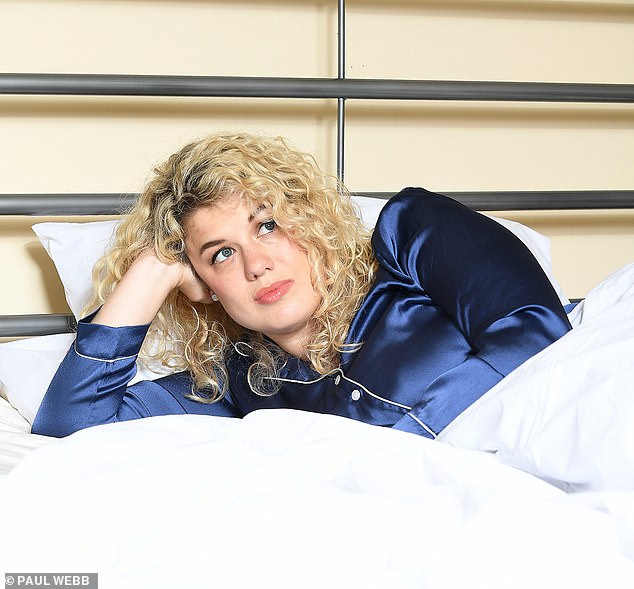 Mum and I have a giggle about my sexy dreams

They were an utterly taboo subject. But sex is simply more prevalent now — be it in advertising or in TV programmes — so it's normal. And that's even changed my mum's attitude.

Jessica Dayle, 31, said 'pigs were more likely to fly' than her mother and late grandmother were to discuss sex

She will talk about sex now, and I thank her for being sensible about discussing the facts of life openly with me. It's made me have far fewer hang-ups — and that's reflected in my dreams.

One very naughty dream involved the actor Ray Winstone. It changed how I felt about him — it was only afterwards that I realised I do find him quite sexy.

I dream about my partner, too. Something in my day can trigger a dream — like the sex I'm having with my partner or about my fantasies.

I happily talk to Mum, 55, or my girlfriends about my dreams. We giggle about them, we definitely don't take them seriously, and all my friends join in the chat. Even Mum light-heartedly talks to me about hers!

They definitely add an extra frisson to my sex life, although I haven't had any sex dreams for a month or so. It's only when I'm not having lots of sex that I dream in this way.

My fiance enjoys me talking about my dreams — he encourages me to recall them in detail, as he wants to know what I like and what turns me on.

We have a relationship where we can both talk about what we want from one another. The singer Olly Murs will often be involved — and I do fancy him in real life.

I'm so relieved to have been born into a generation where it's acceptable for women to be in touch with their sexual side. I'm sure my fiance thanks his lucky stars I'm like this, too!

Admin assistant Chloe Thorpe, 34, lives with her partner and three children in Peterborough.

I guess there might be a link to the fact that I felt constantly aroused during this pregnancy — something that had not occurred during my first two.

I can only put it down to hormones changing my attitude and approach to sex. It's not something I thought to discuss with my midwife or doctor. I'd have dreams a couple of times a week, all of which involved my partner in different locations and positions. 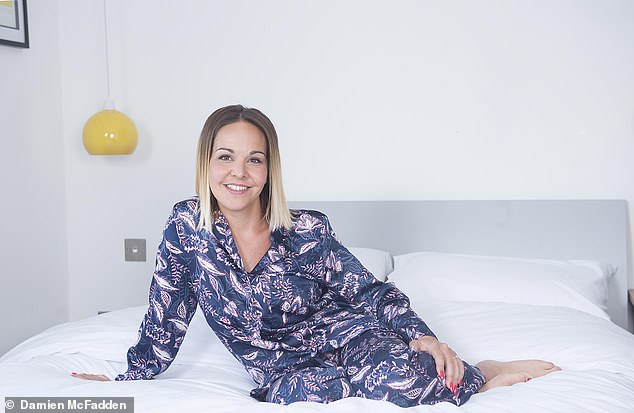 It spilled over into real life, too — my partner and I had a healthy sex life before my pregnancy, having sex around three times a week, but my libido rocketed. We had lots of sex throughout and enjoyed ourselves thoroughly.

It didn't end when my baby girl was born in 2017. Those nine months changed something in my psyche because I still get those dreams today and have a much higher sex drive than I ever did before.

And the dreams have changed a little, too — they don't just involve my partner any more.

The most vivid of them saw me having sex with Jeremy Clarkson! His Top Gear co-presenters, James May and Richard Hammond, were there, too. I've no idea where it came from because I'm not a fan of him or his shows. Sorry Jeremy! 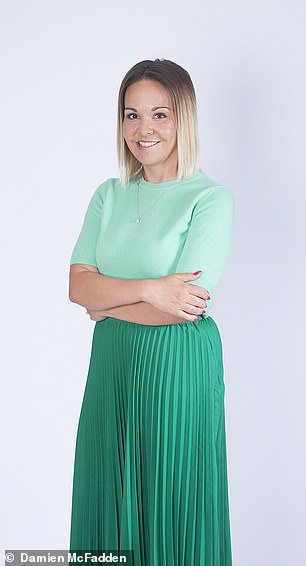 I felt great after my dream, and just laughed it off. I certainly didn't feel ashamed. I think it shows how sexually confident I now am. Because I was a sexual late starter — I had sex for the first time at 18 and only had my first orgasm at 27 — I wouldn't have considered myself 'empowered' in the least.

But my generation is much more open about these types of experiences. The days when women were sexually reserved are, thankfully, long gone. So I didn't mind one bit telling everyone about my Jeremy dream.

Mum has never really discussed sex with me — not even a 'facts of life' talk when I was younger. We're very close, but we just wouldn't go there.

I was a mermaid chasing after a hot merman

Alice Bernard, 28, is a teaching assistant for children with special needs. She is in a relationship and lives in Tunbridge Wells, Kent.

I simply couldn't tell you how liberal my mum's upbringing was when it came to discussing sex and desire.

It's absolutely not something we'd talk about, even though Mum, 62, was wonderful at guiding me through the facts of life when I was younger.

Alice Bernard, 28, said sex was something she would 'absolutely not' talk about with her mother

As for my grandmother, now aged 83, well, it's even more unlikely that she would have been able to talk about sex. She was married with children by the time she was 20 and had no chance to experiment or date. She was very traditional, running the home while raising my dad and aunt.

I guess her generation just relied on their husbands to explain things to them. Yet you can't help but wonder whether he would have known much more than she did. In contrast, I talk about sex all the time with my female friends and have done so since I was a teenager. 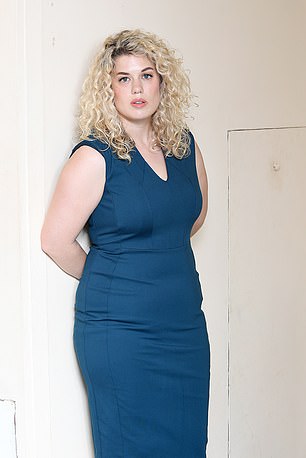 I wasn't ashamed of them in the least. But I suspect they would have freaked out my grandma's generation!

In one recurring dream, which happened every couple of months, I was a mermaid, constantly swimming after a very attractive merman. I'd never catch or hold on to my merman; instead I'd follow him and want to be with him. I would wake up feeling very sexually frustrated! Sex didn't happen in the dream, although it's clearly what I was pursuing.

I've been with my partner for almost a year, and my dreams have become more sporadic. I'll only have them on the odd occasion when he's not with me.

Praying mantis discovered in Vietnam is named after David...

Pentagon's UFO hunting department was NOT disbanded in...

Two women repeatedly kick another woman in the head

Doctors plans to discharge Trump from Walter Reed as early...

US to enlist military allies in Gulf waters

Gay pupils comfort Christian school worker who was compared to a Nazi and sacked...

The SAGE files: One in 20 Covid patients is infectious...

Man 'tries to snatch two-year-old girl' from children's play park before her shocked...

Hysterical Cardi B screams at cops to release 'unarmed'...

EXCLUSIVE: Hysterical Cardi B screams at cops to release her 'unarmed' husband Offset...