TV legend Carl Reiner has died aged 98The Dick Van Dyke Show star passed away at his home in Beverly Hills Monday night surrounded by his familyIn 2018, Reiner had said he wanted to 'stick around' to

By George Stark For Dailymail.com

The legendary Hollywood entertainer is said to have died Monday night at his home in Beverly Hills, surrounded by his family, TMZ report.

There are no further details yet on the cause of the death of the veteran entertainer, but he had remained a very active in his later life. 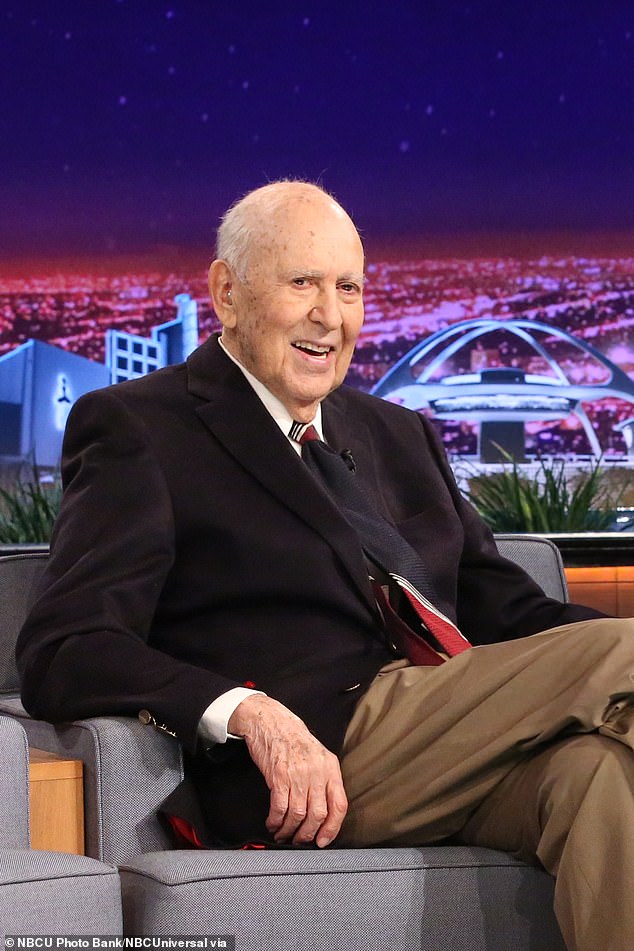 RIP: The Dick Van Dyke Show creator at star Carl Reiner - pictured above in February 2015 - has died at 98

In 2018, Reiner had said he wanted to 'stick around' to see Donald Trump voted out of office.

The comedian, actor, director, screenwriter and publisher had an impressive career in the entertainment business that spanned seven decades.

Reiner was arguably best known for creating the classic American sitcom The Dick Van Dyke Show, that aired from 1961 to 1966 and produced a total of 158 episodes spanning five seasons. 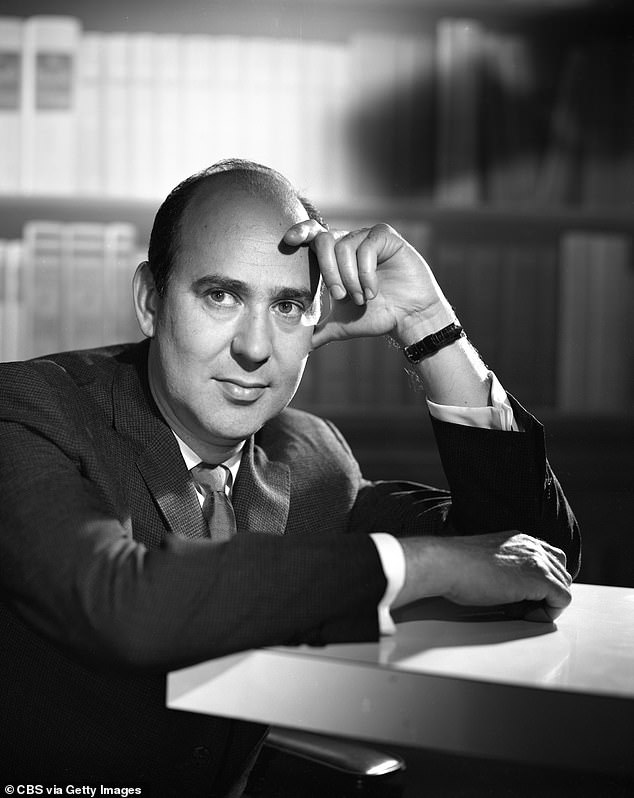 In memory: Reiner (pictured in 1962) was arguably best known for creating the classic American sitcom The Dick Van Dyke Show, that aired from 1961 to 1966

The show also created a star in Mary Tyler Moore who was cast as Dick Van Dyke's TV wife.

Reiner got his start in acting, performing on several Broadway musicals including Inside U.S.A and Alive and Kicking. He got his first TV break in Sid Caesar's variety show Your Show of Shows in 1950, where he appeared on air in skits while also got the opportunity of writing with Mel Brooks and Neil Simon.

Reiner had three children with his wife Estelle Lebost, who died in 2008, Lucas, Annie, and Rob. His son Rob Reiner went on to become a successful Hollywood film director, known for The Princess Bride (1987) and A Few Good Men (1992).

His other children, Annie Reiner, went on to become an playwright and poet, while son Lucas Reiner is a painter and print maker. 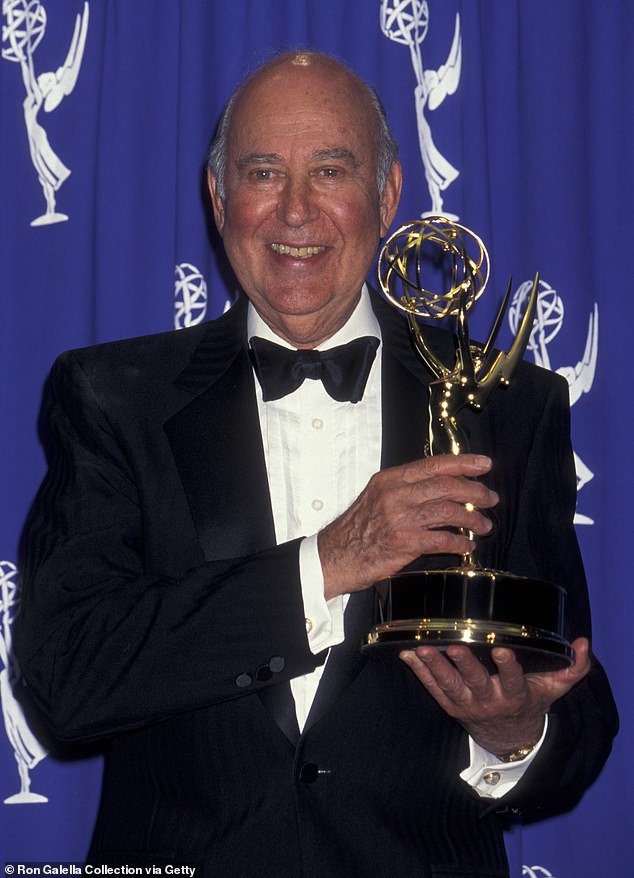 Remembering: Carl Reiner at the 47th Annual Primetime Emmy Awards on September 9, 1999 at the Pasadena Civic Auditorium in Pasadena, California

Rein it in! Muddy wild mustangs lock in a fierce embrace in Utah

US officials warn 'this is just the beginning'

'Fit Mom' apologizes after having her breast implants removed

Women with toxic friendships are 'more likely to break...

Saudi Arabia will support whatever economic plan will bring...

Iran warns it is following 'all enemy ships, especially...

Man, 72, arrested for pushing 86-year-old out of elevator

Man, 72, arrested for pushing 86-year-old out of an elevator in their Miami Beach...

PLATELL'S PEOPLE: Diana would have knocked sense into her...

Police arrest former head of Wirecard's most profitable unit as probe into company's...