Teenager arrested over murder of mother-of-two in Hampshire detained

Teenager arrested over murder of 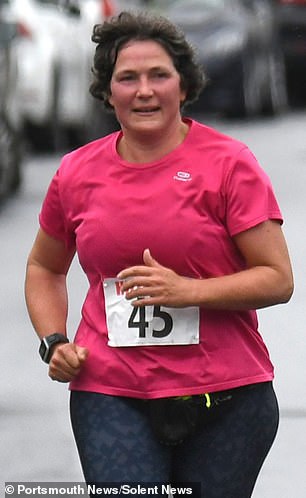 The victim has been named locally as mother-of-two Joanna Thompson (pictured) who lived in a converted pub in the village, where properties can sell for as much as £1.6million

A teenager who was arrested on suspicion of murder has been detained under the Mental Health Act.

Police have now confirmed that the youngster remains under investigation for the killing of Joanna Thompson, in a Hampshire village known as the 'cradle of cricket'.

Police found the body of the woman, aged in her 50s after being called to a house in Hambledon on Monday afternoon.

The victim was named locally yesterday as mother-of-two MsThompson who lived in a converted pub in the village, where properties can sell for as much as £1.6million.

Neighbours said she was a 'very quiet' woman and they did not see her around very often.

A police spokesperson said: ‘The teenager arrested on suspicion of murder has been released from custody but remains under investigation. They have been detained under Section 2 of the Mental Health Act.’

A female neighbour aged in her 70s yesterday said: 'The woman who lived there is called Joanna Thompson.

'I didn't really know her very well, but I sat next to her on a trip to France a few years ago, which we do as a village because we are twinned with a place in Normandy.

'She was very shy, very quiet. That's why no one really knows what has happened or much about her.'

Residents said she lived at the property with one of her sons and has an older son who has left home. 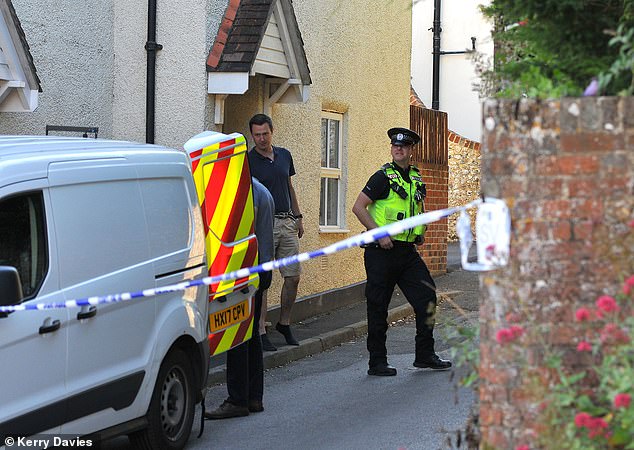 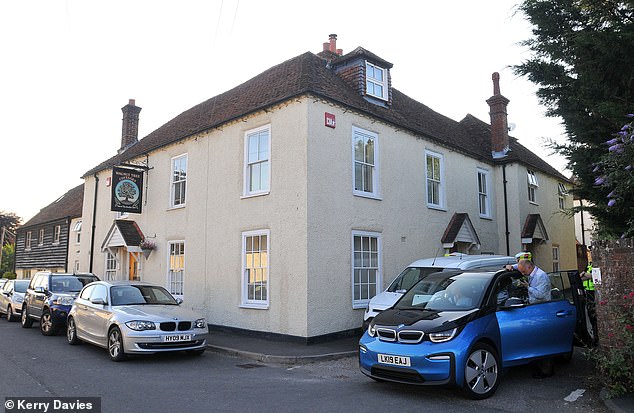 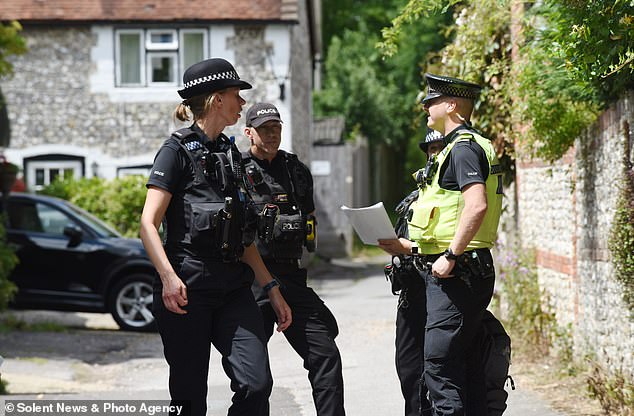 A woman in her 50s was found dead in Hambledon, Hampshire, pictured, and police have arrested a teenager on suspicion of murder. Pictured are officers at the scene yesterday

Captain Paul Quinn OBE, chairman of Hambledon Parish Council, said he had spoken to a police officer after hearing of an 'incident' and had urged residents to stay calm.

He said that police did not believe there was any risk to the wider community following the woman's death.

Local resident Kate Solomon said she first heard the woman had died when she attended choir practice at the Church of St. Peter and St. Paul on Monday night.

She said: 'I heard that sadly someone had died in the village and that people were being urged to keep calm and shouldn't speculate on what had happened.'

A Hampshire Police spokesman said yesterday: 'We are investigating the death of a woman at a house in Hambledon. 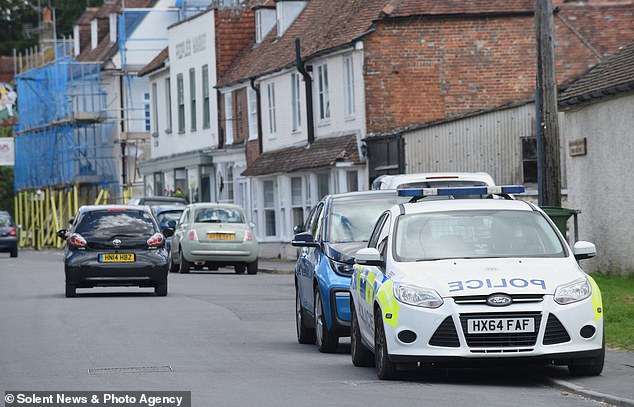 Homes in the leafy village, pictured, can sell for as much as £1.6million 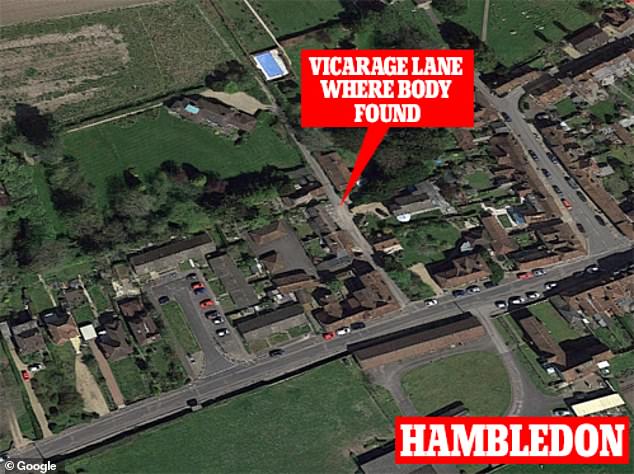 'Officers were called at 12.39pm on Monday, July 1, to Vicarage Lane where the body of a woman in her 50s was discovered.

'The woman's next of kin have been informed, but formal identification procedures have not yet taken place.'

Hambledon, near Waterlooville, is best known as the 'Cradle of Cricket' after the formation of one of England's first cricket clubs in 1750.

Hambledon was England's leading cricket club from about 1765 until the formation of the MCC in 1787.

Labour MP weeps as she praises fund for children's funerals

U.S. Secretary of State Mike Pompeo speaks during a joint briefing about an executive...

Hong Kong's Disneyland to reopen on June 18 after coronavirus...

French cop kicks Briton's head during arrest for 'not wearing...

French cop kicks and stamps on British man's head as he is arrested for 'not wearing...

Fan fury could force U-turn by the Premier League on their £14.95 pay-per-view price...

Europe asylum applications plunged by 87% in April to 12-year...

Number of asylum applications in Europe plunged by 87% in April to its lowest level...