Last Updated: 23/09/21 11:57pm Jordan Spieth and Justin Thomas are ready to take on the challenge of leading out the United States team against Europe's Spanish duo of Jon Rahm and Sergio Garcia in Fr

Jordan Spieth and Justin Thomas are ready to take on the challenge of leading out the United States team against Europe's Spanish duo of Jon Rahm and Sergio Garcia in Friday's Ryder Cup foursomes.

Spieth said: "I feel Stricks has instilled a lot of confidence in me and Justin, we weren't sure where he was going to put us until this afternoon and I'm very excited to go out and try to set the pace for the rest of the team."

"Very excited to get going," added Thomas. "The last couple of days, you're ready and excited and everyone is getting everything tuned in. I've only played one but I know it goes by pretty quickly. I'm taking it in for all I can and ready to get going." 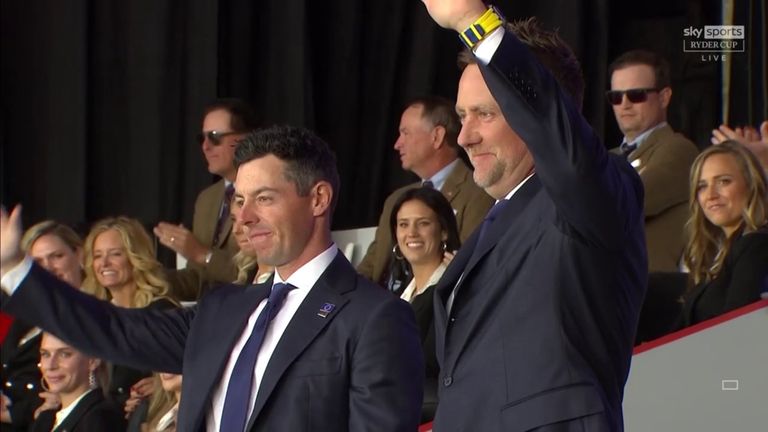 Open champion Collin Morikawa is eagerly looking forward to teaming up with Dustin Johnson for his first Ryder Cup appearance against Paul Casey and Viktor Hovland in the foursomes.

"I can't wait. I'm so excited," said the 24-year-old. "This means everything to everyone and obviously I just want to put a point on the board early on. I can't wait - it's going to be very exciting.

"DJ and I have gotten along really well over the two-and-a-half years of me being a pro. We have spent a lot of time together and so it's a very comfortable pairing and that helps especially in alternate-shot format."

Morikawa is the youngest member of the USA team, while world No 2 Johnson is the oldest at 37.

Johnson said: "We complement each other very well and I think we'll be a strong team. We just have to go out and play our game and play some good golf if we want to win. We're going to have a tough match."

Koepka said: "I played with Daniel in The Presidents Cup and I love playing with him. I think it will be fun. Hopefully we'll go out and do what we are supposed to do.

"They are going to be tough and they have got good short games. They are not going to make too many mistakes."

Berger added: "We bring a little different game style. I'm a little bit more methodical and he's a little bit more bomb-and-gauge, but when you play the two pairings together, I think we play well off each other. In alternate-shot, it's really about how you mesh with your partner. Together we're a good team." 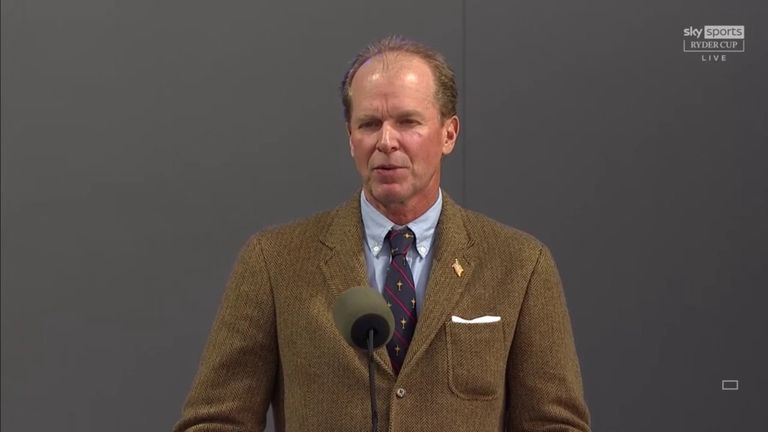 Patrick Cantlay and Xander Schauffele are a well-touted pairing for the United States and they feature in the anchor match against Rory McIlroy and Ian Poulter.

Cantlay said: "Xander and I have played together before, and we are looking forward to a great match. Can't wait to get started.

"It will be fantastic. The Wisconsin fans will be showing up and cheering us on all day. They have been great so far this week and those have just been practice rounds. I'm looking forward to getting after it."

GolfPass is now available on Sky Q with an exclusive offer for Sky VIP customers. Click here to find out more…

Schauffele added: "I'm excited. Pat and I have played a lot together and we played the Presidents Cup together. I'm looking forward to playing a strong European team.

"You always want to play against the best - the best way to challenge your game. Pat and I are looking forward to putting a point on the board and going from there."

Who will win the 43rd Ryder Cup? Watch throughout the week live on Sky Sports' dedicated Ryder Cup channel. Live coverage of the Foursomes begins on Friday from 1pm on Sky Sports Ryder Cup.