By Rita Sobot For Mailonline

Spanish police are investigating whether a dairy worker who was found dead floating in milk took his own life or whether his death was an accident.

The body of the 63-year-old driver, named in Spanish media as José Rodríguez Amor, was found floating in hundreds of pints of milk in the town of Chantada, north-western Spain.

The man had climbed on board the lorry to check his load, something only trained staff are allowed to do.

Although it is being treated as an accident, investigators say they are not ruling out the possibility of suicide until an autopsy reveals the cause of death. 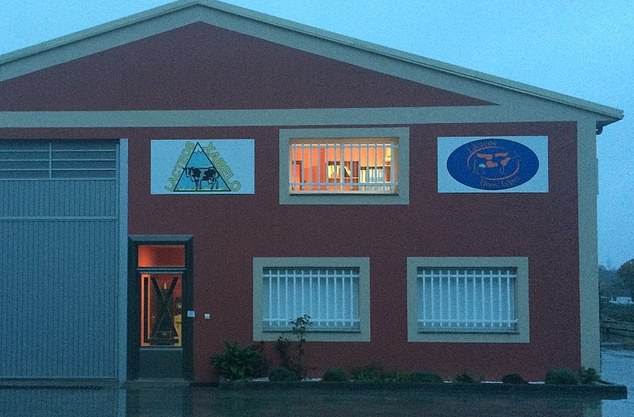 The grisly found was made by the man's colleagues as they turned up for work at a milk factory in Chantada in Galicia, Spain.

They saw the delivery tanker had its hatch open and when they looked inside, saw the man's body floating in the milk.

According to Spanish media reports, a shoe was found outside the truck, deepening the mystery further.

Experts say it is very difficult to drown in milk because items float much more than in water due to its higher density.

It is possible that the man spent several hours in the tank and died of hypothermia because the milk is kept at a temperature of four or five degrees.

According to the Spanish media, the body showed no external signs of injury and the involvement of a third party has been ruled out.

The victim is understood to be Spanish and came from the district of Trabada in Lugo.

He worked for the dairy company Chantada Lácteos Xabelo collecting the milk from farms and bringing it to processing centres, according to reports.

Glastonbury rap fan Alex Mann insists it was for real

PAUL THOMAS on... the return of our national sport

As her darling husband faded awa

WHO: Covid-19 the 'most severe' crisis we've faced

The head of the World Health Organization (WHO) has said Covid-19 is easily the...

Prince Charles had planned to 'expand' Meghan Markles and...

Kate Garraway wanted to donate her blood plasma to husband...

'I was looking for anything that might be able to help': Kate Garraway wanted to...

The US team are a bunch of brash, taunting prima donnas

PIERS MORGAN: The USA women's so

Libby Purves and Kate Spicer debate whether we should cancel...

As Boris's 'rule of six' threatens to ruin the festive season... Should we really...