Nigel Farage today warned an election pact between the Brexit Party and the Tories is impossible while the PM's maverick adviser Dominic Cummings is in Downing Street.

The MEP delivered a damning verdict on Mr Cummings - renowned as the architect of the Vote Leave referendum campaign - saying he is 'untrustworthy' and not a 'true believer' in leaving the EU.

Despite praising Boris Johnson's frenetic start in No10, Mr Farage said there was 'no prospect' of a tie-up between the Brexit-supporting parties while the adviser was in position.

He also delivered a stark threat that the Conservatives would be 'annihilated' unless Mr Johnson makes good on his solemn vow to take the UK out of the EU by the end of October, with or without a deal.

Mr Cummings has been credited as the mastermind behind Vote Leave, but has a long-running feud with hardline Brexiteers and clashed with Mr Farage repeatedly during the referendum campaign.

There has been mounting speculation about an electoral tie-up between the Brexit Party and the Tories, which could see the former take on Labour in the North while the latter is given a clear run in other areas. 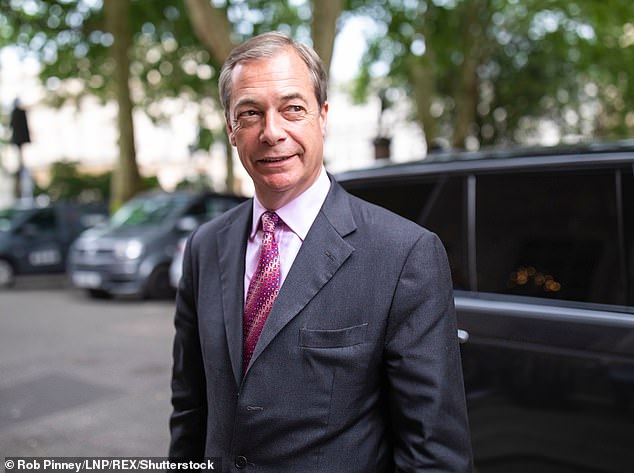 There is increasing focus on the idea with Mr Johnson's Commons majority standing at just two - and MPs seemingly ready to foil his efforts to push through No Deal if the EU will not give any more concessions.

However, writing in the Telegraph today, Mr Farage said: 'The appointment of Dominic Cummings as Johnson's special adviser in No10 means there is no prospect of such a deal.'

'Lack of trust in the Conservatives is now a problem; many of us will only believe in a clean-break Brexit when we see it,' he said.

'If the UK does not leave on October 31, the Conservatives will be annihilated in any subsequent general election.'

Speaking to The Times separately, Mr Farage said Mr Cummings saw Brexiteer MPs as 'cretins of the lower order' and that there would be no pact between his party and the Conservatives as long as the former Vote Leave head remained in charge of strategy.

''He thinks we're all cretins and members of the lower order,' he said.

'He has never liked me. He can't stand the ERG [European Research Group of Brexiteer MPs]. I can't see him coming to any accommodation with anyone.

'He has huge personal enmity with the true believers in Brexit.'

Mr Cummings clashed bitterly with Mr Farage as Vote Leave and Leave.EU competed to become the official Brexit campaigns in the referendum.

The Prime Minister's new adviser flatly refused to work with the then-Ukip leader, meaning that the efforts were not coordinated.

He believed that UKIP and Mr Farage alienated critical swing voters with their hardline rhetoric on immigration. 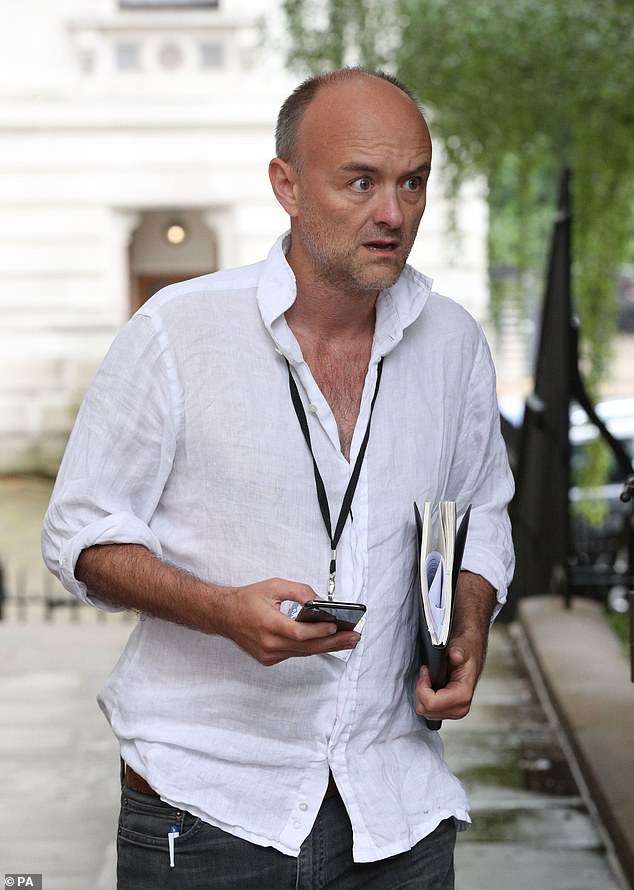 Mr Farage also claimed yesterday that Mr Cummings said in 2016 that a Vote Leave win would force the EU back to the negotiating table to offer a better deal than that secured by then-Prime Minister David Cameron.

According to the Brexit Party leader, this new deal would be put to a second referendum that would be won.

Because of this, says Mr Farage, Mr Cummings would never be trusted by him or Tory MPs in the ERG.

Jihadi Beatles 'could have faced trial in the UK'

Peru's Machu Picchu site to reopen at just 50 per cent...

Self-use inhaler that treats Covid-19 victims to be trialled...

Lamine Diack jailed after being found guilty of corruption

'When there's hate in the world, there will be hate on Facebook': Mark Zuckerberg's...

Is Exciting Times the new Normal People? Racy novel about a 22-year-old who's 'good...

The number of people worldwide who have died from Covid-19 has passed one million,...

Businesswoman apologises after urging people to dress as...

Businesswoman apologises after urging people to dress up as the Ku Klux Klan and...

Creative behind banned Missguided advert says she was PRAISED...

Creator of Missguided advert that was banned for being 'too sexual' and 'objectifying...

Meghan Markle's 'gung-ho attitude put her at odds with...

Elon Musk tells Johnny Depp and Amber Heard to 'bury the hatchet and move on' after...