Horrifying moment NYC man punches woman, 92, in the face and sends her crashing into a fire hydrant in random attackVideo from the Gramercy Park neighborhood in Manhattan shows the woman topple over a 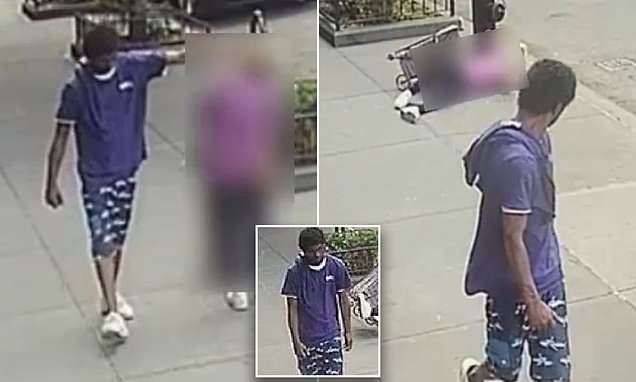 Horrifying moment NYC man punches woman, 92, in the face and sends her crashing into a fire hydrant in random attack

By Leah Simpson For Dailymail.com

This is the moment a man pushes over an elderly woman on a New York street, causing her to fall over and apparently hit her head on a fire hydrant.

Surveillance footage from the incident shows the moment the pair are about to cross paths on 3rd Avenue between 15th Street and 16th Street in Manhattan on Friday at 3.23pm.

The suspect - seen wearing a purple or blue T-shirt and patterned shorts - then extends his arm to hit her.

A tweet from the NYPD on Tuesday morning said the assault suspect 'pushed a 92-year-old female to the ground causing her to strike her head on a fire hydrant'. 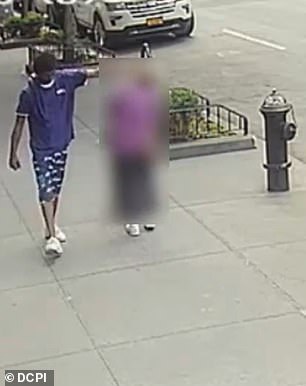 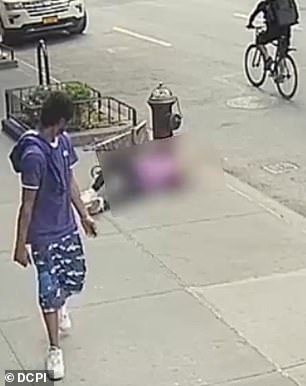 As the woman - wearing a pink sweater - falls beside the fire hydrant, a shopping cart she is pushing lands on top of her.

After the push the suspect turns around and looks her in the face as he continues walking off.

The video provided by NYPD then cuts off. It’s unclear whether any of the passers-by seen in the clip recorded from the Gramercy Park area came to her aid. 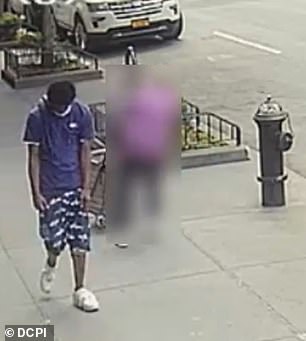 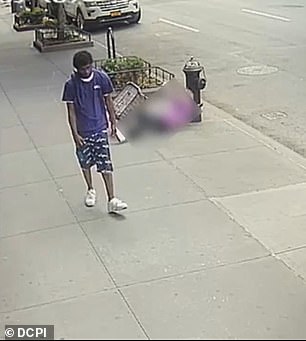 Screen grabs from the incident on Sunday at 3.23pm show the man walk by after striking her then the woman falls near the fire hydrant 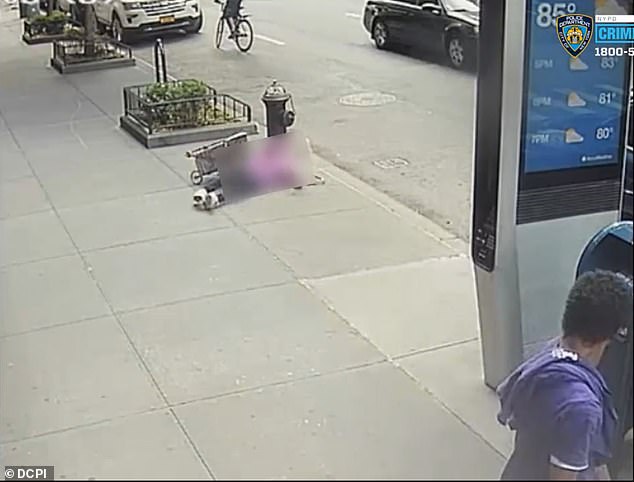 The elderly woman suffered some injuries and was taken to Mount Sinai Beth Israel Hospital. She is expected to recover.

Police shared footage on Tuesday morning. They are now looking for the suspect who is wanted for assault.

Kate Middleton will deliver an online assembly for UK students

Why should we foot the wages of a complacent self-satisfied...

Sutton Hoo site where king's burial ship was found gets...

The 'noiseless' workout you can do at home that won't annoy...

The 15-minute 'noiseless' workout you can do at home that won't annoy your housemates...

Naturists make an exhibition of themselves at Paris film...

Naturists make an exhibition of themselves at Paris film library (while making sure...

Theme park junkie does a hilario

Teacher accused of email snooping 'was told to watch her...