Grandmother, 60, who is engaged to her toyboy lover, 21, reveals she has DISOWNED her best friends after they told her she 'needed therapy' because her fiancé is young enough to be her grandsonPam Sha

Grandmother, 60, who is engaged to her toyboy lover, 21, reveals she has DISOWNED her best friends after they told her she 'needed therapy' because her fiancé is young enough to be her grandson

By Hayley Richardson For Mailonline

A grandmother-of-one whose fiancé is 39 years her junior has told how she ditched her pals after they disapproved of her younger beau.

Pam Shasteen, 60, was devastated when her best friends labelled Jonathan Langevin, 21, 'young enough to be her grandson' and told Pam she 'needed therapy.'

Since then the loved-up couple, from Tulsa, Oklahoma, have refused to let cruel comments affect them and insist age is just a number.

Pam, a counsellor, says: 'I still can't believe my friends of over 30 years couldn't be happy for me just because Jonathan is 21. Jonathan is the love of my life and I don't care what anyone thinks.' 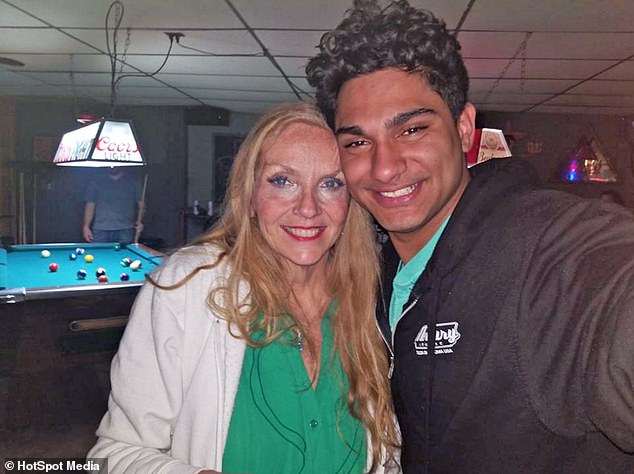 Pam Shasteen, 60, whose fiancé Jonathan Langevin, 21, is 39 years her junior has told how she ditched her pals after they disapproved of her younger beau

In February 2018, Pam received a message from Jonathan, a computer engineering student, on dating app, Badoo.

She says: 'Jonathan had dark curly locks and didn't look a day over 20. His bio said he was 21.

'I'd fancied younger guys since I was in my thirties. We got chatting and I soon discovered we both loved astrology and the outdoors.'

Then, a few minutes later, Jonathan dropped a bombshell.

Pam says: 'He told me he was actually 19. I stressed that I was too old for him as I had two daughters in their thirties and I was a grandmother. 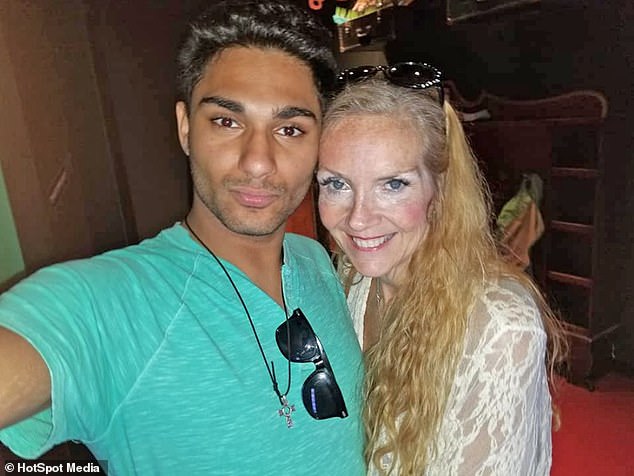 The loved-up couple, from Tulsa, Oklahoma, have refused to let cruel comments affect them and insist age is just a number

'But thankfully, Jonathan admitted he'd always wanted to be with an older woman.'

As Jonathan lived 900 miles away in Minnesota, the pair video-chatted every day. Then, a week later, Jonathan travelled across the country to meet Pam.

She says: 'When I spotted him, he was even more handsome in real life. We ran towards each other and kissed passionately. It was love at first sight.'

That day, while the pair were out sightseeing, they received dirty looks from strangers. 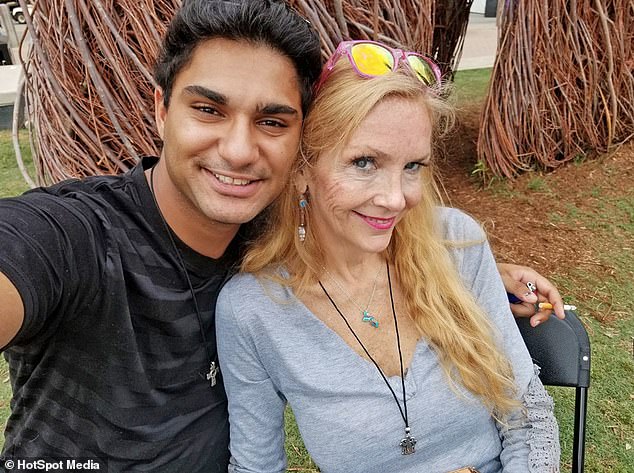 In February 2018, Pam received a message from Jonathan, a computer engineering student, on dating app, Badoo and they started video-chatting before meeting in person

Pam says: 'I heard one woman tell her friend that we looked disgusting and we shouldn't be together.

'It really upset me. Every person we walked past gave us a horrible look. Thankfully, Jonathan didn't mind and when we got home, we laughed it off.'

The following night, Pam and Jonathan slept together for the first time.

Pam says: 'We made love and it was just wonderful. There was very little sleeping done that night.

'Jonathan may have been decades younger than me but he wasn't inexperienced. He knew exactly what he was doing. 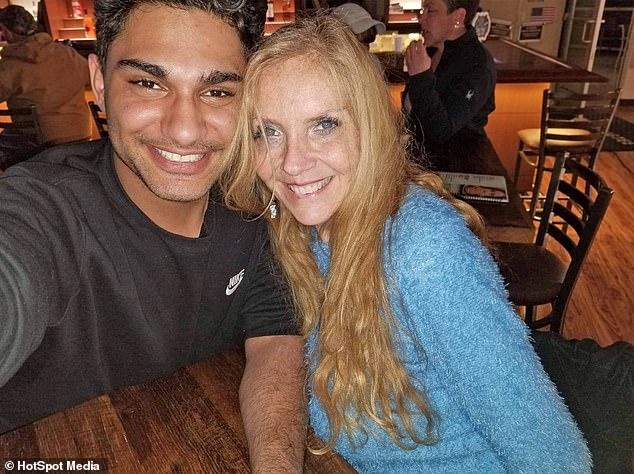 On their first date, Pam recalls  hearing one woman tell her friend that they looked 'disgusting' and shouldn't be together 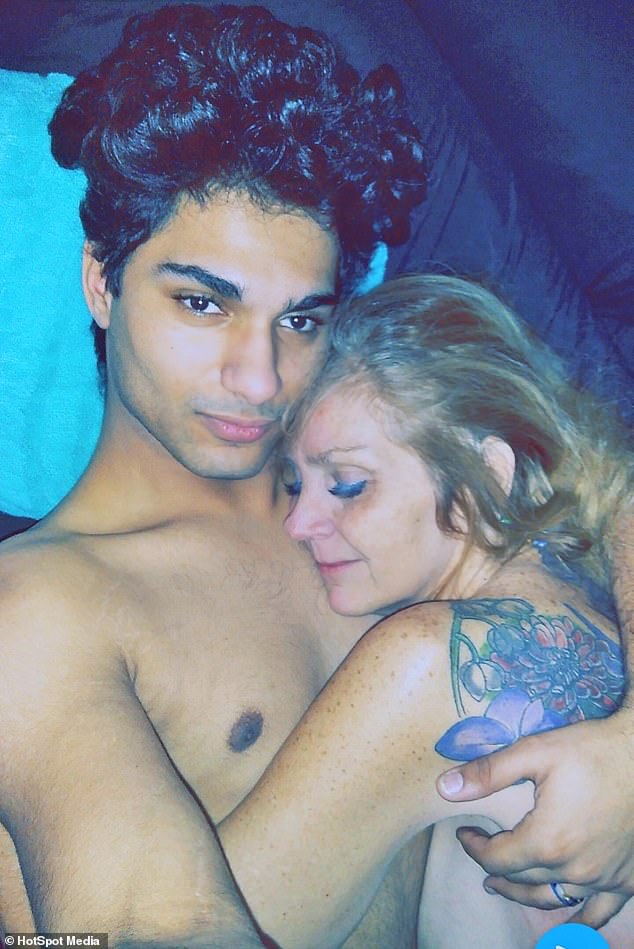 Pam describes the first time they made love as 'wonderful' and says: 'Jonathan may have been decades younger than me but he wasn't inexperienced. He knew exactly what he was doing'

'During the next few nights, we were all over each other. Jonathan was amazing. I felt myself falling for him already.'

The following week, Jonathan got ready to head home.

Pam says: 'After he finished packing, I was devastated. I admitted I loved him and begged him not to go.

'Jonathan told me he loved me too and agreed to stay. I was so happy.

'As Jonathan had been living on his friend's sofa back in Minnesota, he didn't need to make any arrangements and moved in.' 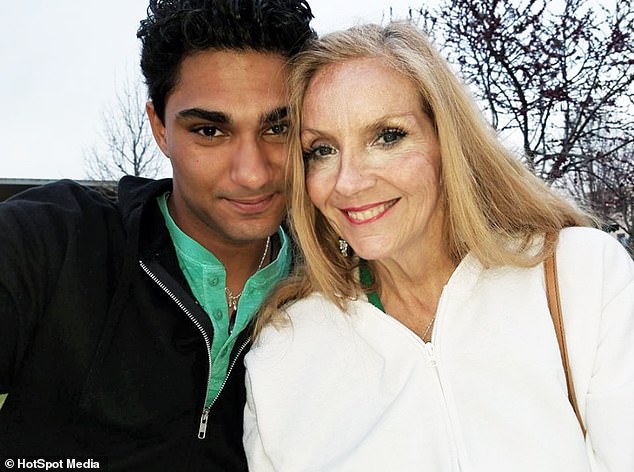 When it was time for Jonathan to go back to Minnesota, where he had been living on a friend's sofa, Pam begged him to stay and he moved in 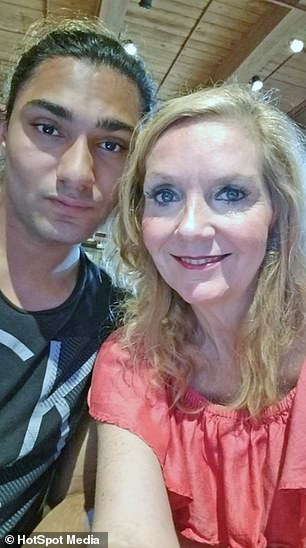 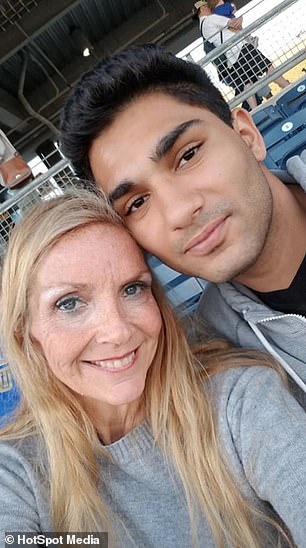 The following day, Pam invited her daughters over to meet her new boyfriend.

'When they arrived, they looked so shocked when they saw Jonathan's baby-face.

'Jonathan said he hoped they could be friends and hugged them. As my daughters and I watched Jonathan play around the house with my six year-old granddaughter, they admitted they liked him.

'I was relieved to have their blessing.'

Soon after, Jonathan broke the news to his parents, who are both in their 60s. 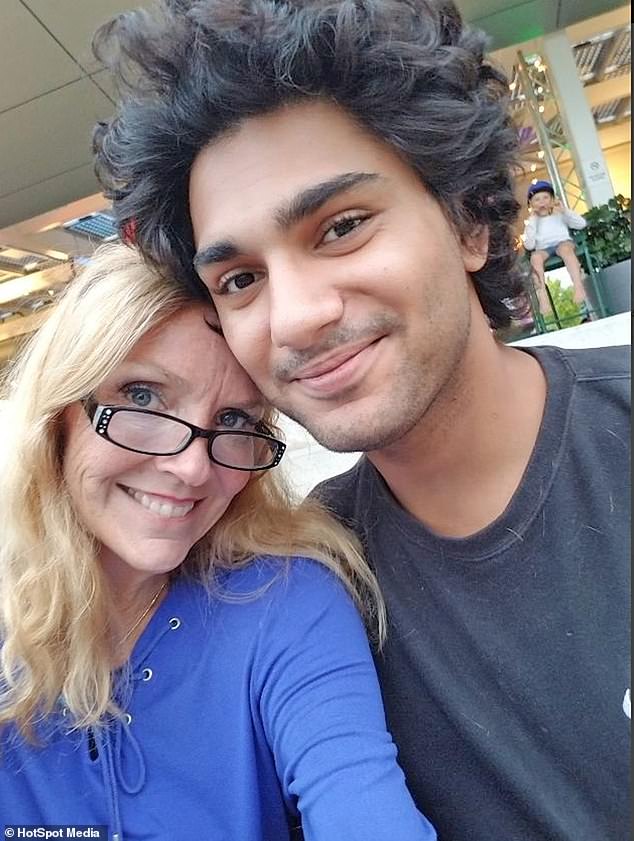 In May 2018, Jonathan proposed to Pam after just three months of dating - and they both have the blessing of their families

She says: 'They replied saying they knew Jonathan always had a thing for older women so they weren't surprised.

'They even looked forward to meeting me. I was so relieved.'

Two weeks later, Pam was excited to introduce Jonathan to her best friends of 30 years.

She says: 'I hoped they'd be happy for me, but instead, they sat in silence and were cold towards Jonathan.

'A few days later they told me Jonathan was using me. Another said he was young enough to be my grandson and that I needed therapy. I was so hurt.

'After that, I decided to cut them out of my life, as I didn't need that negativity.'

Three months later, in May 2018, Jonathan proposed to Pam after just three months of dating. 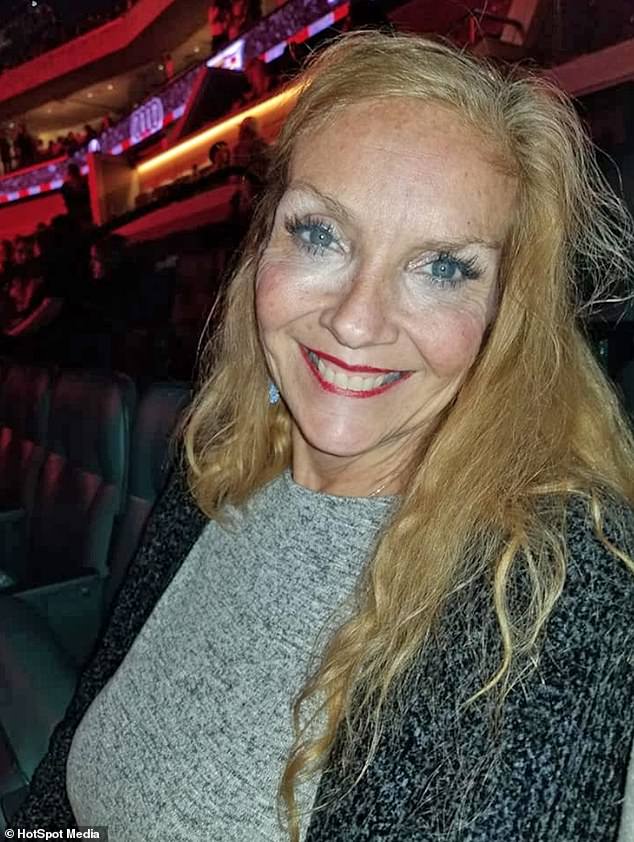 Pam says she is so happy she 'took a chance' with Jonathan and although she's lost some friends, she's 'the happiest she's ever been'

She says: 'I was over the moon. I knew it was fast, but I was turning 60 soon and I knew life was for living. I'd been waiting all my life to meet my soul mate and he was right in front of me.'

Later that month, Pam and Jonathan travelled to Minnesota to celebrate their engagement with Jonathan's family.

Pam says: 'As I was older than his mum, my stomach was in knots on the way there. But when I arrived she welcomed me with open arms and laughed about Jonathan finally finding a mature lady.

'Since then, Jonathan's parents and I have become great friends. My family love him too and Ezra even calls grandpa Jon! I'm so happy I took a chance with Jonathan.

'Although I lost some friends on the way, I'm the happiest I've ever been.'

Cat is mauled to death by two dogs in vicious attack

How to visit Madrid for under £100 a night

Soldier accused of plotting to kill the King at centre...

Trump, with a wag, asks Putin not to meddle in U.S. elections

'Dear God, please can I have my

Teen swaps out meat for grasshopper burritos, and cricket...

Eurostar chaos as hundreds of passengers are stranded amid...

Eurostar chaos as hundreds of pa

UK PM May pays tribute to Gibraltar's efforts in detaining...

Genes that may raise the risk of dying from Covid-19 were inherited from NEANDERTHALS...