The UK, EU and Nato have expressed concern and anger after China passed a controversial security law giving it new powers over Hong Kong.Pr 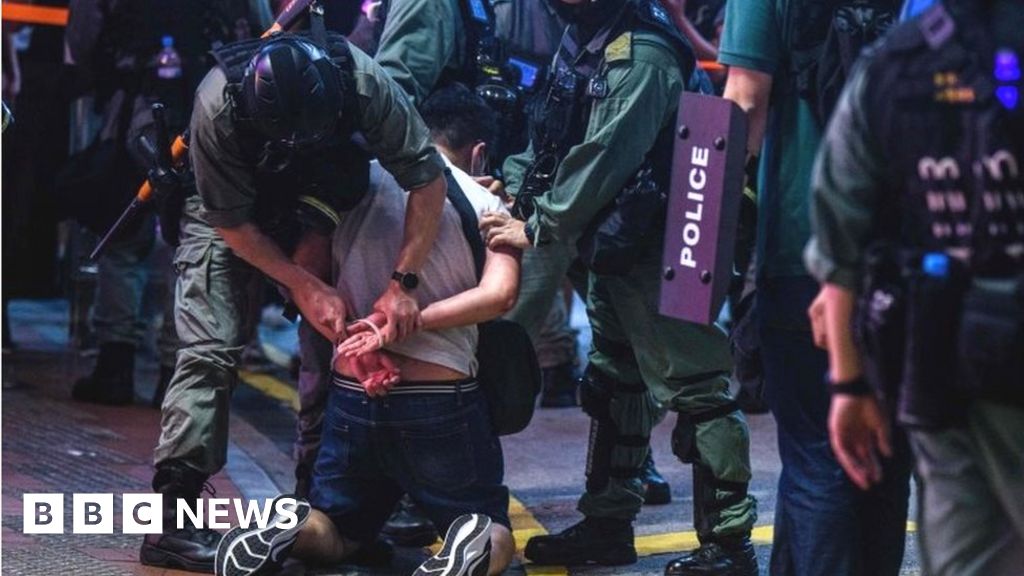 The UK, EU and Nato have expressed concern and anger after China passed a controversial security law giving it new powers over Hong Kong.

President Xi Jinping signed the law and it will be placed in Hong Kong's mini-constitution, criminalising sedition and effectively curtailing protests.

One key pro-democracy group said it was now ceasing all operations.

Demosisto announced the move on Facebook after Joshua Wong, one of Hong Kong's most prominent activists, said he was leaving the group, which he had spearheaded.

Beijing is expected to clarify the law later on Tuesday. No draft was made public beforehand and even Ms Lam said she could not comment on its terms while the Standing Committee of the National People's Congress discussed them.

It could come into effect as early as Wednesday, the anniversary of the return of sovereignty to China and a day that draws pro-democracy protests.

China says the law is needed to tackle unrest and instability linked to a broadening pro-democracy movement.

Opponents say it undermines the autonomy set out in Hong Kong's mini-constitution, the Basic Law, which was agreed when the territory's sovereignty was returned by the UK in 1997.

Civil liberties such as free speech, the right to protest and an independent and robust judiciary are at risk, they say.

What has the international reaction been?

UK Foreign Secretary Dominic Raab expressed "deep concern" at the reports the law had been passed, saying: "This would be a grave step."

The president of the European Council, Charles Michel, said: "It risks seriously undermining the high degree of autonomy of Hong Kong and will have a detrimental impact on the judiciary and the rule of law and we deplore this decision."

The last UK governor of Hong Kong, Lord Patten, said the law marked the end of the "one-country, two-systems" policy.

Meanwhile, Nato Secretary-General Jens Stoltenberg said: "It is clear that China does not share our values - democracy, freedom, and the rule of law."

Japan called the law "regrettable" and Taiwan even warned its citizens of risks in visiting Hong Kong.

The US has already begun taking steps to end Hong Kong's special status trade relationship, a move China on Tuesday said would be met with unspecified "countermeasures".

And inside Hong Kong?

There has been a mixture of concern for personal safety and defiance at the news.

Demosisto said several members had asked to be delisted and it had decided to "dissolve and stop all meetings". It said that the fight against "totalitarian oppression" would have to continue in a "more flexible manner".

Joshua Wong said the law marked "the end of Hong Kong that the world knew before".

But Democratic Party leader Wu Chi-wai said he would defy a ban on a "handover day" march scheduled for Wednesday, the South China Morning Post reports.

He will be joined by Figo Chan, of the Civil Human Rights Front, who urged people to take to the streets, saying: "We are aware of the risks of being prosecuted. But we insist on taking the lead, as we want to tell Hongkongers not to fear."

Police plan to have 4,000 riot officers on standby.

'A tool to suppress political agitation'

Like similar laws on the Chinese mainland it appears that it can be manipulated to meet the needs of the Communist Party as required to crush almost any action deemed threatening.

Unlike elsewhere in China, Hong Kong has an independent judiciary. For this reason, the Party's leadership was not going to leave interpretation of this law in the hands of just any old judges.

No. Those who'll be allowed to preside in these matters will be hand-picked by Carrie Lam, the city's leader who was effectively installed by Beijing.

So, prior to the new security bill, which actions by activists - no matter how subversive - could not be dealt with under existing laws? What were "extremists" getting away with to warrant this new legislation?

The more that Beijing, under Xi Jinping's leadership, has sought to control Hong Kong, the more it has driven residents into the pro-democracy camp.

But he is playing a long game. Sure, handover promises to the UK were made but he was not going to let some Western attachment to liberty trump loyalty to the motherland. Not on his watch. Enter the security law.

What does the new law do?

Although its final terms are yet to be seen, the law was announced by Beijing in May and will make criminal any act of secession, subversion of the central government, terrorism and collusion with foreign or external forces.

In addition, the city will have to establish its own national security commission to enforce the laws, with a Beijing-appointed adviser.

Hong Kong's chief executive will have the power to appoint judges to hear national security cases, a move which has raised fears about judicial independence.

Importantly, Beijing will have power over how the law should be interpreted. If the law conflicts with any Hong Kong law, the Beijing law takes priority.

In a video address to the UN Human Rights Council on Tuesday, Chief Executive Carrie Lam said crimes under the new law would be clearly defined.

She said the law would only target a "small minority" and would not undermine Hong Kong's autonomy, adding: "We respect differences in opinion."

Trump: 'We will have to find out' about Huawei's relationship...

Pope Francis sends a 5,000 word letter of support to priests...

ALEXANDRA SHULMAN on how 'beach bodies' are ruining fun...

FILE PHOTO: A highway sign near the U.S.-Mexico border displays information after...

UK Student Who Was Kicked Out of Class for Saying 'There...

A UK student who argued with his

Sons of father who murdered their sister claim he was scared...

STEVEN EDGINTON was the journalist who exposed Sir Kim's...

Why I helped expose the British

'We cannot be radical enough abo

Dalai Lama sorry for comments on reincarnation as a woman

Dalai Lama is 'deeply sorry' for